India abolishes some rupee notes as millions flock to banks

Millions of Indians crowded into banks on Saturday to exchange monetary notes that were banned this week by the country’s prime minster.

Prime Minister Narendra Modi suddenly announced on Tuesday that the country would end the use of 500 and 1000 rupee notes, respectively worth about $7.50 and $15 U.S. dollars. The banned notes would be replaced with a new 2,000 rupee note, he said.

During a televised announcement in which he declared the notes defunct starting later this year, Modi ordered the country’s banks shuttered on Wednesday before later extending bank hours through the weekend. The bills can be exchanged at banks through Dec. 30, with a 2,000 rupee limit per person that will eventually increase to a 4,000 rupee limit.

The prime minister said the measure was installed to counteract untaxed money on the black market worth billions. The vast majority of monetary transactions among Indian citizens involves cash, often to avoid paying taxes, the Associated Press reported. 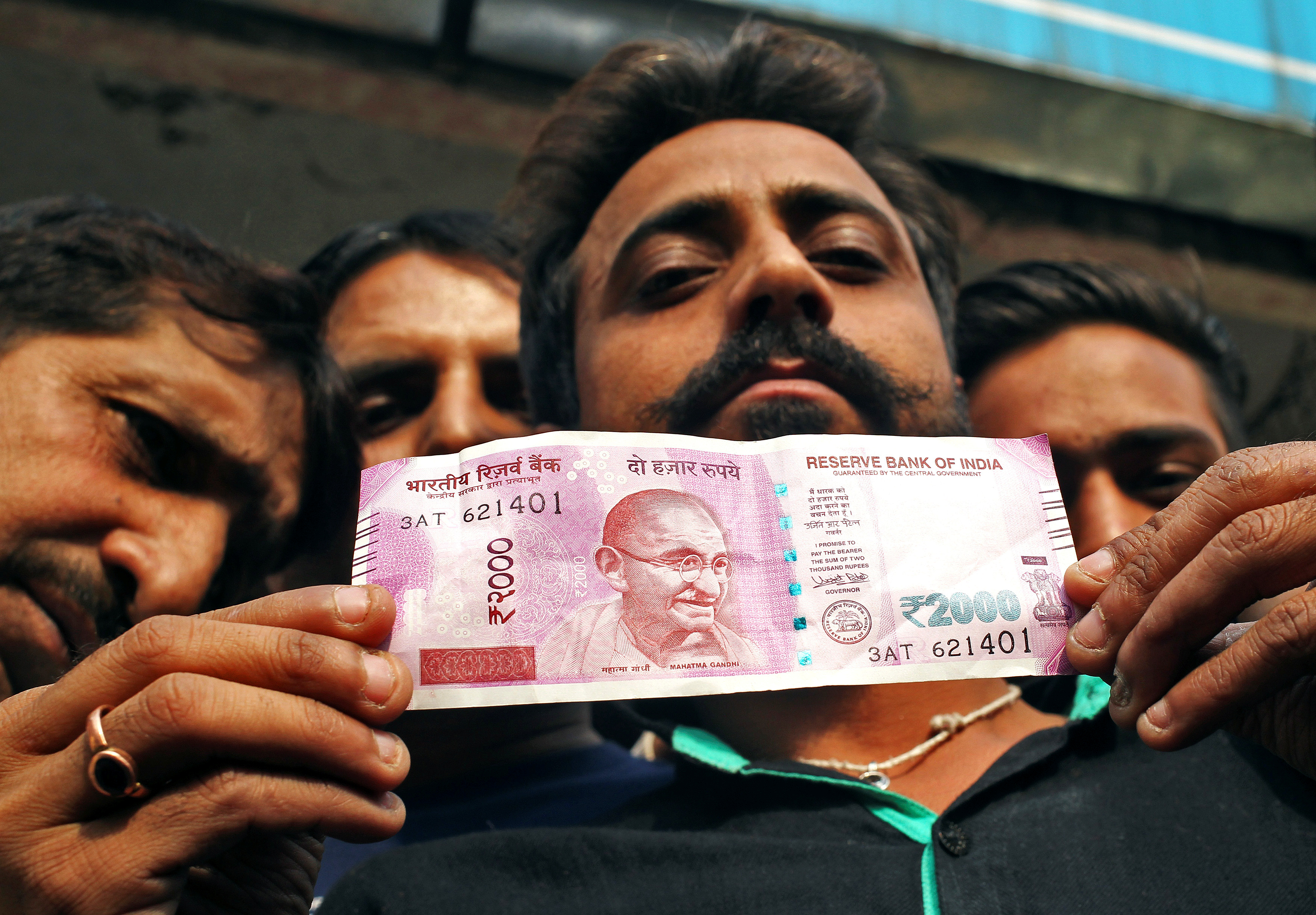 A man displays a new 2000 Indian rupee banknote after withdrawing from a bank in Jammu, November 11, 2016. Photo By Mukesh Gupta/Reuters

But angry crowds waiting in long lines at banks for hours expressed dismay on Saturday, as people flocked to exchange those bills and banks reportedly struggled to dispense enough cash to accommodate the rush.

“I am so angry at the lack of planning on the part of the government before taking such an enormous step,” Raju Sundaram, an office executive waiting outside a bank in the south Delhi neighborhood of Saket, told the Associated Press.

On Friday, many of India’s more than 200,000 ATMs were closed, while others ran out of cash, Reuters reported.

Left: A man counts Indian rupee banknotes after withdrawing them from an ATM in Agartala, India, November 12, 2016. Photo By Jayanta Dey/Reuters