DUBLIN — Irish voters are choosing their next prime minister in an election where frustration with economic austerity and a housing crisis have fueled the rise of Sinn Fein — still shunned by the political establishment because of its links to the IRA.

The last pre-election opinion polls showed Sinn Fein in a virtual dead heat with the two parties that have dominated Irish politics since independence — Prime Minister Leo Varadkar’s Fine Gael and the opposition Fianna Fail. A national exit poll is expected to be released shortly after voting ends at 10 p.m. (2200 GMT).

Surging support for Sinn Fein, which is committed to the reunification of Ireland, threatens the country’s political equilibrium even though the party is unlikely to form the next government because both Fine Gael and Fianna Fail refuse to work with it.

While Sinn Fein is a major force in the U.K. region of Northern Ireland, where it is part of the power-sharing government that helped end decades of sectarian violence, it has long been a minor player south of the border in the Republic. But the party is now attracting voters with left-wing proposals for tackling Ireland’s housing crisis and bolstering the nation’s creaking health-care system.

Support for the traditionally dominant parties has fallen since the 2008 financial crisis, which hit Ireland’s debt-fueled “Celtic Tiger” economy particularly hard. Ireland was pushed to the brink of bankruptcy and forced to seek a humiliating international bailout that was followed by years of austerity.

“I do think there is need to change,’’ said Noleen Kelly, 50, who works in the public sector, outside a Dublin polling station. “So, I’m looking forward to see something positive.’’ 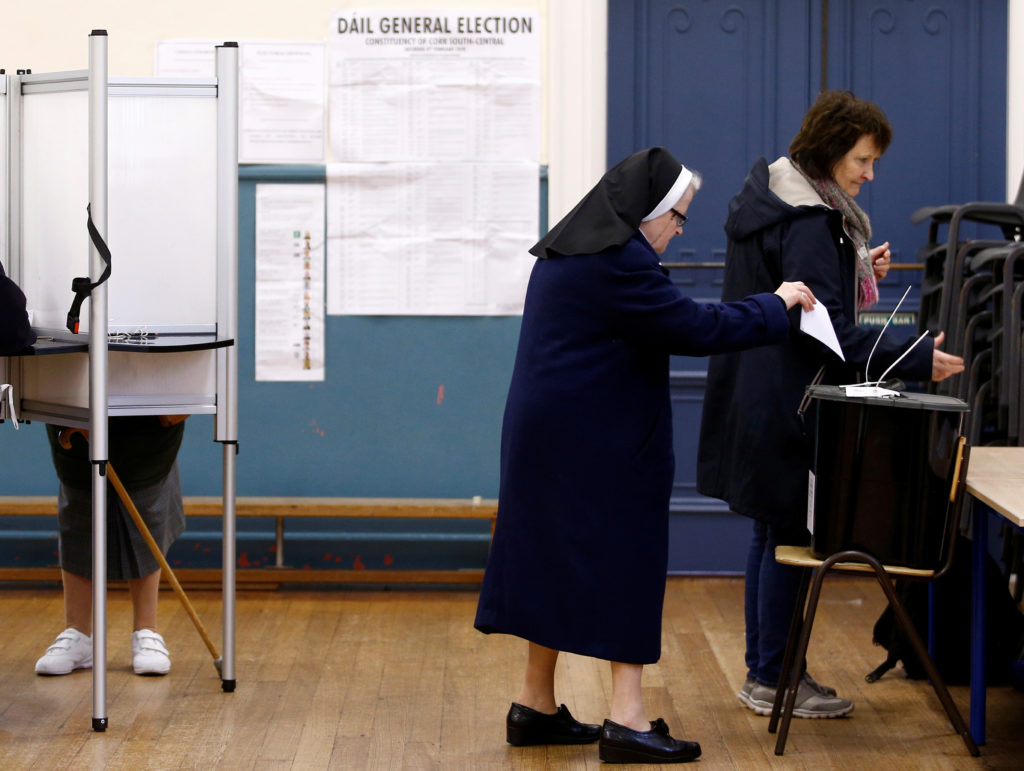 Varadkar, the country’s first openly gay leader, became Taoiseach — prime minister — in 2017 after the resignation of his predecessor. His party has governed Ireland since 2011, first in coalition with the smaller Labour Party and since 2016 as the leader of a minority administration with the tacit support of Fianna Fail.

The current campaign was dominated by domestic problems, especially a growing homelessness crisis, house prices that have risen faster than incomes and a public health system that hasn’t kept up with demand.

The focus on domestic issues has overshadowed Varadkar’s greatest success: protecting Irish interests during negotiations over Britain’s departure from the European Union.

Varadkar, 41, was the face of Ireland during the talks, which were crucial to Ireland because it is the only EU country that shares a land border with the U.K. While most people applaud his success in securing guarantees that people and goods will continue to flow freely between Ireland and the north, the prime minister has had difficulty persuading voters that he needs another term in office to cement those gains in the next round of talks with Britain.

Recent polls have suggested Sinn Fein gaining ground, prompting the larger parties to remind voters of the party’s ties to past violence. 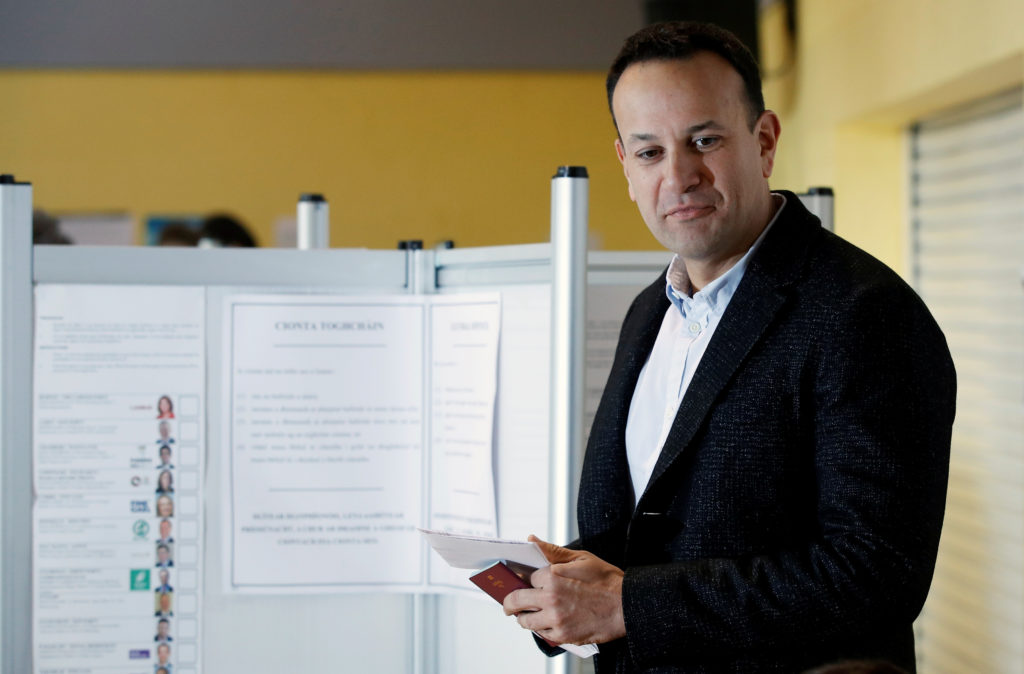 Sinn Fein’s links with the IRA, which disarmed after the 1998 peace accord in Northern Ireland, became an issue late in the election. The mother of a Northern Ireland man who was beaten to death in 2007 — a killing the family blames on the IRA — accused party members of slandering her son as a criminal and failing to reveal what they knew about his death.

Fianna Fail’s Micheal Martin said Sinn Fein was not fit to govern because “they have not cleansed themselves of their bloody past.”

Sinn Fein denied Irish republicans were involved in the killing, but the party was put on the defensive.

Party leader Mary Lou McDonald condemned the murder as “barbaric.” McDonald, a 50-year-old Dubliner, has helped Sinn Fein shed its hard-line image since replacing Gerry Adams, a Belfast native who led the party from 1983 to 2018.

Sinn Fein’s struggle for a united Ireland has been on the back burner during the election, but the party is calling for a referendum on reunification within five years. That’s not something an Irish government could deliver without the support of Britain and Northern Ireland — highly unlikely in the short term.

But Brexit looks likely to nudge Northern Ireland’s economy closer to that of its southern neighbor, and could yet increase pressure for a vote on unification.

With three parties vying for the top spot in today’s election, no single group is expected to gain enough seats to govern alone, and a coalition of some kind is almost inevitable. But Sinn Fein is in a slightly weaker position than its two main rivals, because it isn’t fielding candidates in every constituency, and may be unable to find enough like-minded left-leaning allies to form a workable government.

Fianna Fail and Fine Gael, which are closer ideologically, have flatly ruled out any partnership with Sinn Fein. A change in position would represent a major U-turn.

Left: A man holds a dog as he walks to a polling station during Ireland's national election in Dublin, Ireland, February 8, 2020. Photo by Phil Noble/Reuters.