The Islamic State retook the ancient city of Palmyra on Sunday, wresting control from the Syrian government just months after their forces captured the UNESCO World Heritage site from the self-proclaimed caliphate.

The Syrian army abandoned its positions in the city and re-positioned on the perimeter, even as Russian officials said their airstrikes killed hundreds of Islamic State militants, Reuters reported. The Islamic State began its advance around Palmyra on Thursday, before an estimated 4,000 fighters moved into the city center.

“The army is using all means to prevent the terrorists from staying in Palmyra,” one Syrian official said. 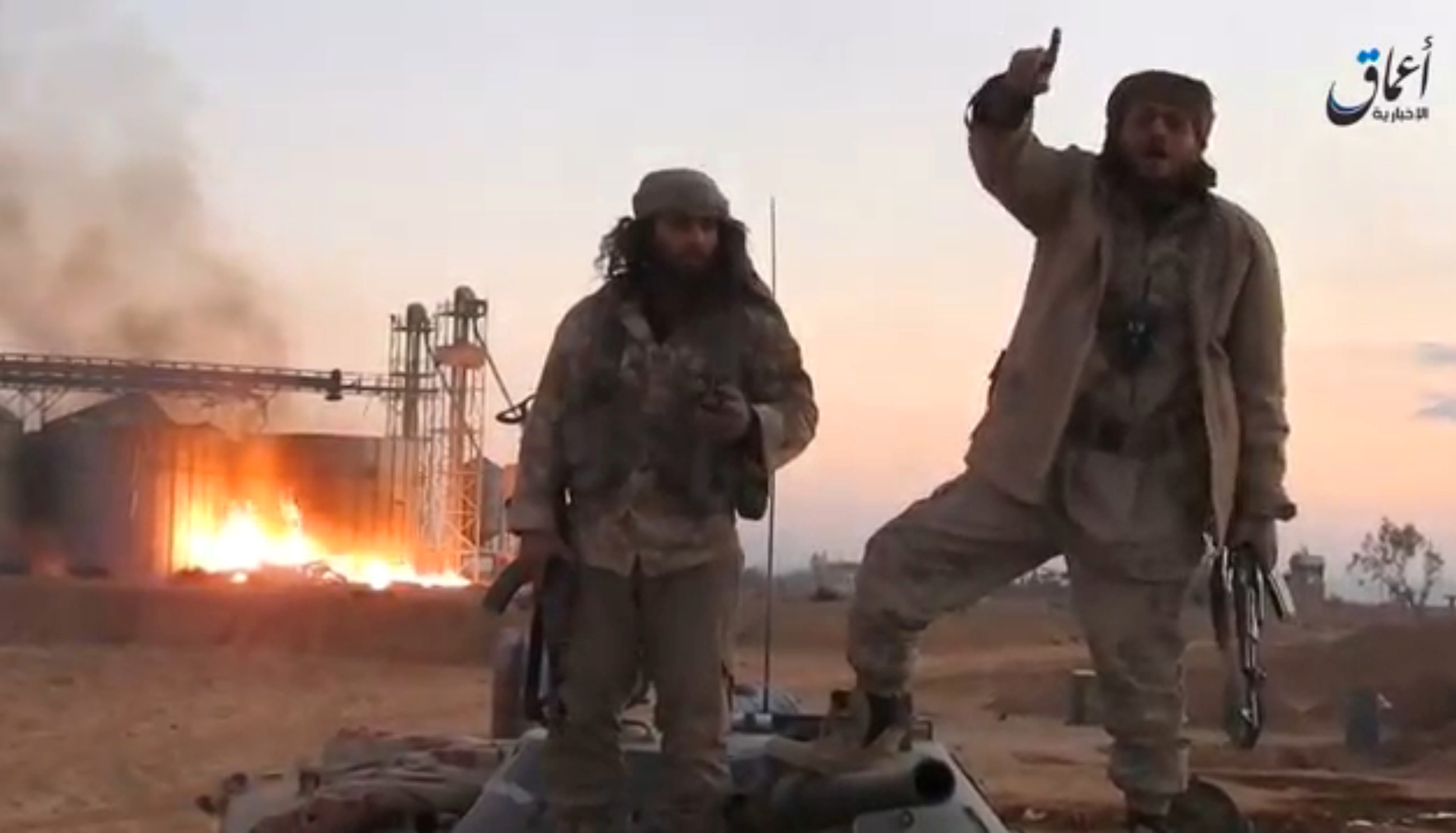 A still image taken from a video released by Islamic State-affiliated Amaq news agency, said to be in Palmyra, on December 11, 2016, purports to show Islamic State fighters in front of silos on fire and said to have been taken over by them. Handout via REUTERS

According to the Syrian Observatory for Human Rights, a British-affiliated group monitoring the war, Syrian soldiers retreated to orchards outside the city as “regime forces are bringing huge military reinforcements to the south of the city and to its western perimeter.”

“Russian warplanes continued the intense and violent bombing, they carried out tens of raids since yesterday night and until after the midnight on areas in Palmyra city after the Islamic State controlled it almost entirely overnight,” the group said in a statement released on Sunday.

In March, the Syrian government took the city from the Islamic State, which had destroyed temples dating back to the Roman empire after capturing Palmyra in May 2015. Syrian President Bashar al-Assad said his government would rebuild the temples that had been demolished.

Left: Journalists walk near the remains of the Monumental Arch in the historical city of Palmyra, in Homs Governorate, Syria April 1, 2016. The Islamic State retook the city on Sunday. Photo By Omar Sanadiki/Reuters