JERUSALEM (AP) — Israeli troops on Saturday raided the hometown of a Palestinian who carried out a deadly shooting in Tel Aviv, sparking a gunbattle in the occupied West Bank that left at least one Palestinian militant dead, according to Israeli and Palestinian accounts.

The arrest raid was the latest in a series of events that have escalated tensions during the Muslim holy month of Ramadan. Clashes and protests in Jerusalem last year helped spark an 11-day war with Hamas militants in the Gaza Strip.

In Saturday’s raid, the Israeli military said it conducted what it described as a counterterrorism operation in and around the city of Jenin — the area in the northern West Bank where the gunman in Thursday’s attack had lived. It said troops were surveying the attacker’s home “to examine the potential demolition of the house.” Israel often demolishes the homes of Palestinian attackers in a controversial practice that it says deters future attackers but which critics dismiss as collective punishment. 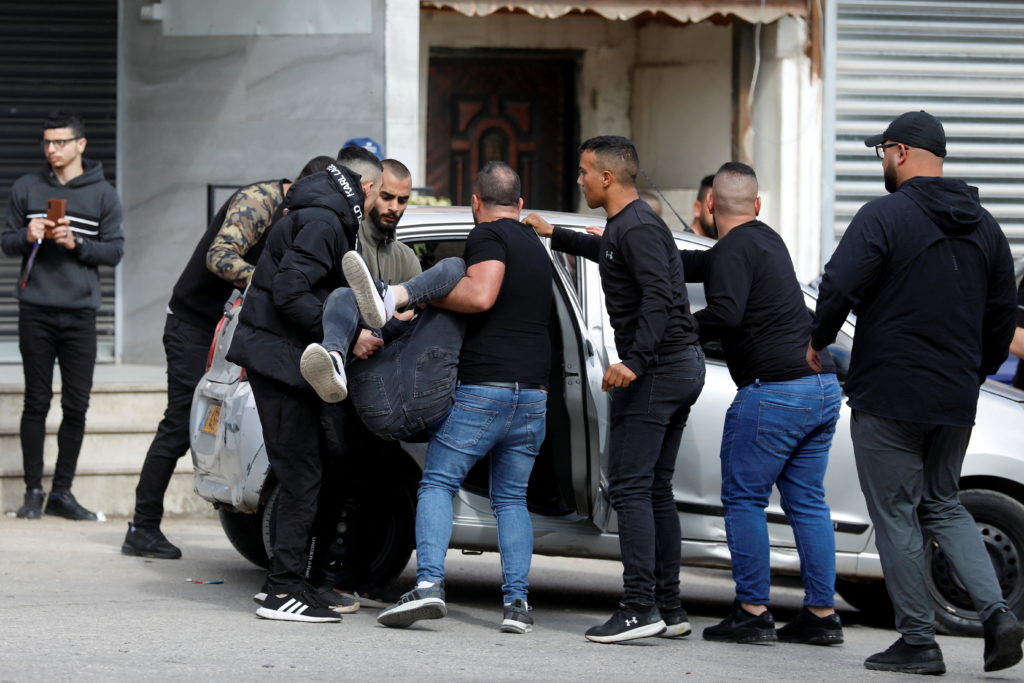 People carry a Palestinian wounded during clashes with Israeli forces, in Jenin in the Israeli-occupied West Bank April 9, 2022. Photo by Mohamad Torokman/Reuters.

The army said it also conducted an arrest operation on people suspected of militant activity.

During the raids, it said soldiers came under fire. Troops fired back, killing one militant. The Islamic Jihad militant group identified the man as a member.

The army said a second gunman was shot and wounded and taken away for medical treatment. It said the man’s weapon was confiscated.

Jenin is considered a stronghold of Palestinian militants. Israeli forces often come under fire when operating in the area. Even the Palestinian Authority, which administers parts of the occupied West Bank and coordinates with Israel on security matters, appears to have little control.

It was the fourth deadly attack in Israel by Palestinians in three weeks and came at a time of heightened tensions around the start of the Muslim holy month of Ramadan. Two of those attacks were carried out by men from Jenin.

Despite the violence, Israel has been taking steps to ease tensions, including the granting of thousands of work permits to residents of the Hamas-controlled Gaza Strip and allowing thousands of Palestinians to enter Jerusalem for Ramadan prayers on Friday.

Left: A relative of a Palestinian killed during clashes with Israeli forces reacts at a hospital, in Jenin in the Israeli-occupied West Bank April 9, 2022. Photo by /Mohamad Torokman/Reuters.