“Thank you, Istanbul,” former businessman and district mayor Ekrem Imamoglu, 49, said in a televised speech after unofficial results showed he won a clear majority of the vote.

The governing party’s candidate, former Turkish Prime Minister Binali Yildirim, conceded moments after returns showed him trailing well behind Imamoglu, 54% to 45%. Imamoglu increased his lead from a March mayoral election by hundreds of thousands of votes. 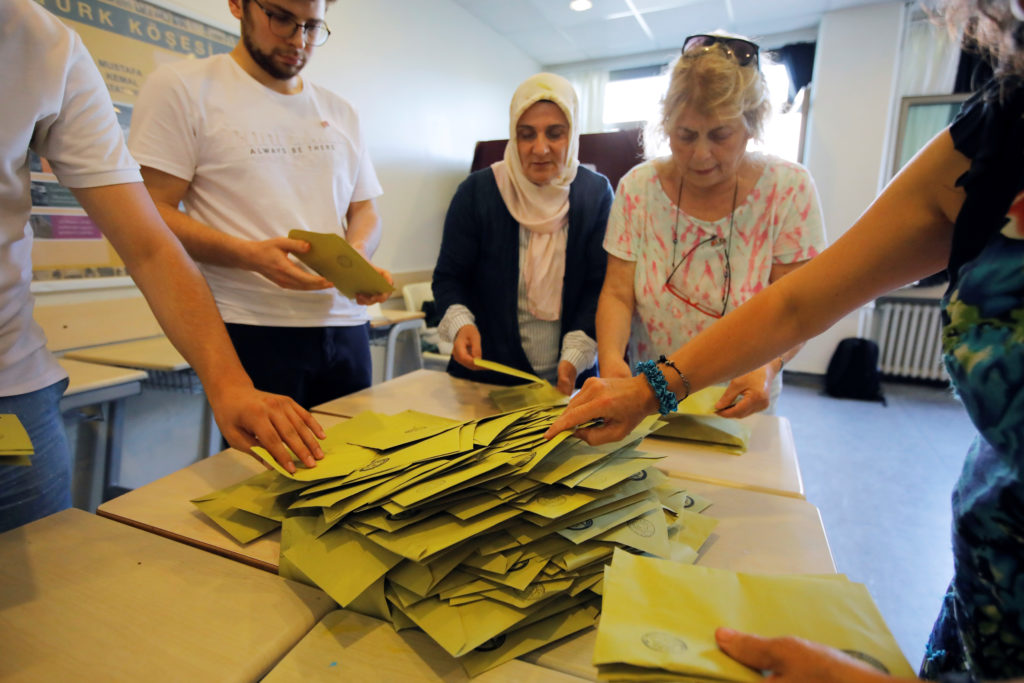 Imamoglu narrowly won Istanbul’s earlier mayor’s contest on March 31, but Erdogan’s Justice and Development Party, AKP, challenged the election for alleged voting irregularities. He spent 18 days in office before Turkey’s electoral board annulled the results after weeks of partial recounts.

The voided vote raised concerns domestically and abroad about the state of Turkish democracy and whether Erdogan’s party would accept any electoral loss. AKP has governed Turkey since 2002.

“You have protected the reputation of democracy in Turkey with the whole world watching,” Imamoglu, his voice hoarse after weeks of campaigning, told supporters.

Following his second victory, tens of thousands of people erupted in mass celebration across Istanbul, including outside the offices of the Republican People’s Party, which backed Imamoglu.

Erdogan campaigned for Yildirim in Istanbul, where the president started his political career as mayor in 1994. The ruling party still controls 25 of Istanbul’s 39 districts and a majority in the municipal assembly.

Imamoglu will have to work with those officeholders to govern Istanbul and promised Sunday to work with his political opponents.

AKP also lost control of the capital city of Ankara in Turkey’s March local elections, which were held as the country faced an economic downturn, battled high inflation and two credit rating downgrades in the past year.

Melahat Ugen said she switched her vote to the opposition because she could not afford to cover basic expenses.

“I’ve certainly never voted left before,” she said. “But I’m 62, and a bag of onions costs too much. Everything is imported and we can’t afford it.”

Binali Yildirim, mayoral candidate of the ruling AK Party, is pictured outside a polling station in Istanbul, Turkey, June 23, 2019. Photo By Kemal Aslan/Reuters

Analysts say the result would increase pressure on Erdogan’s government, which is grappling with a shaky economy and multiple international crises.

“The significance of Ekrem Imamoglu’s win in Istanbul cannot be understated…. he represents a much-needed change in political discourse,” Lisel Hintz, an assistant professor of International Relations at Johns Hopkins University SAIS, said.

Hintz said the mayor-elect withstood a divisive campaign by the government and prevailed with a positive message.

“We now have to wait and see whether Imamoglu’s tenure as mayor will be interfered with in any way, whether by cutting off funding and hampering his office’s ability to provide services or by removing him under some legal pretext,” Hintz said.

Addressing Erdogan in his speech, Imamoglu said, “I’m ready to work with you” to solve Istanbul’s problems. The president has previously signaled an unwillingness to do so.

Istanbul, a city of more than 15 million, draws millions of tourists each year and is Turkey’s commercial and cultural hub. Straddling Europe and Asia, Istanbul accounted for 31% of Turkey’s GDP in 2017.

Ozgur Unluhisarcikli, Ankara office director of the German Marshall Fund, argued that the loss of Istanbul is likely to fuel speculation of divisions within the ruling party and among its supporters.

“It’s now clear that a sizable portion of the AKP voters is seriously dissatisfied by policies of the AKP,” he said. “The (opposition) was a house that was united. The AKP house looked like one that was already divided.”

The loss, he argued, also has international implications. Erdogan was already at odds with Western allies over Turkey’s plans to buy the Russian-made S-400 missile defense system and its challenge of EU-member Cyprus over natural gas drilling rights.