A gunman shot six African immigrants from his vehicle on Saturday during a 2-hour rampage in the central Italian city of Macerata before he was arrested by police.

The suspect, identified by authorities as Luca Traini, a 28-year-old Italian citizen, left at least one person with life-threatening injuries. Five men and one woman were injured during the shooting spree.

Traini, who police said had no previous arrest record before the shootings, ran a losing bid in local elections last year for the anti-migrant Northern League in the nearby city of Corridonia, about six miles outside Macerata. 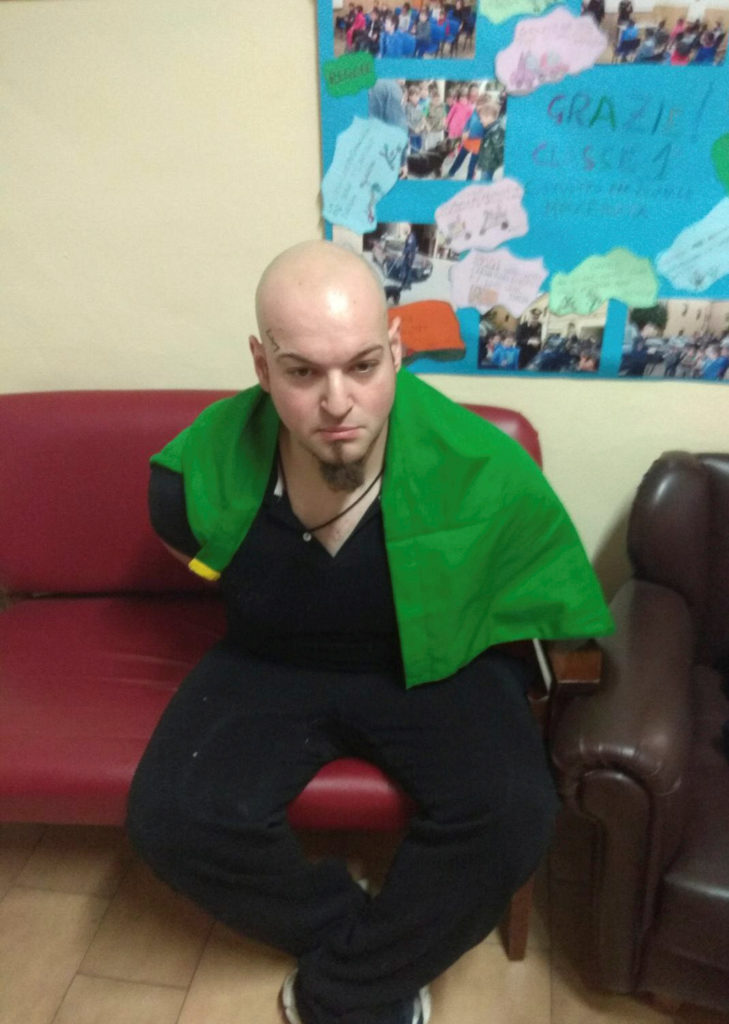 Luca Traini, 28, suspected by the Police of opening fire on African migrants, is seen in Macerata, Italy, February 3, 2018. Photo By Reuters

The shootings came days after the discovery of a dismembered body in Macerata, identified as Italian teenager Pamela Mastropietro. A 29-year-old Nigerian immigrant is being held on a murder charge after police found several large knives and blood stains in his apartment.

Police did not immediately connect the two incidents, though the city’s mayor, Romano Carancini, said Saturday, “the closeness of these two events makes you imagine that there is a connection.”

Images posted on the website of the Italian newspaper il Resto di Carlino show Traini with an Italian flag draped over his shoulders as he was apprehended by police.

Left: Healthcare personnel take care of an injured person after being shot by gun fire from a vehicle, in Macerata, Italy, February 3, 2018. REUTERS/Stringer NO RESALES NO ARCHIVE - RC119336CD40