TOKYO — Prime Minister Shinzo Abe’s ruling coalition secured a majority in Japan’s upper house of parliament in elections Sunday, according to vote counts by public television and other media. Exit polls indicated Abe could even close in on the super-majority needed to propose constitutional revisions.

NHK public television said Abe’s Liberal Democratic Party and its junior partner Komeito had won 64 seats in the upper house after two hours of vote counting. The two-thirds majority needed for constitutional revision could be within reach if the ruling bloc can gain support from members of another conservative party and independents.

Up for grabs were 124 seats in the less powerful of Japan’s two parliamentary chambers. There are 245 seats in the upper house — which does not choose the prime minister — about half of which are elected every three years. 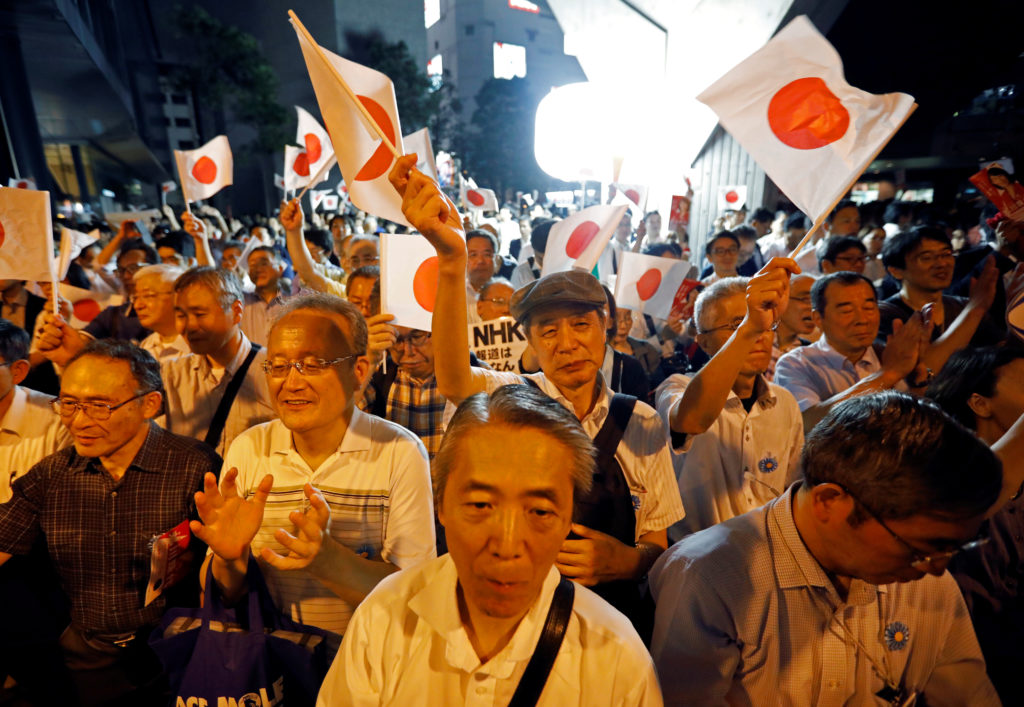 The results appeared to match or even exceed pre-election polls that indicated Abe’s ruling bloc was to keep ground in the upper house, with most voters considering it a safer choice over an opposition with an uncertain track record. To reach the two-thirds majority, or 164 seats, Abe needs 85 more seats by his ruling bloc and supporters of a charter change.

Opposition parties have focused on concerns over household finances, such as the impact from an upcoming 10% sales tax increase and strains on the public pension system amid Japan’s aging population.

He has prioritized revitalizing Japan’s economy and has steadily bolstered the country’s defenses in the backdrop of North Korea’s missile and nuclear threats and China’s growing military presence. He also has showcased his diplomatic skills by cultivating warm ties with President Donald Trump. 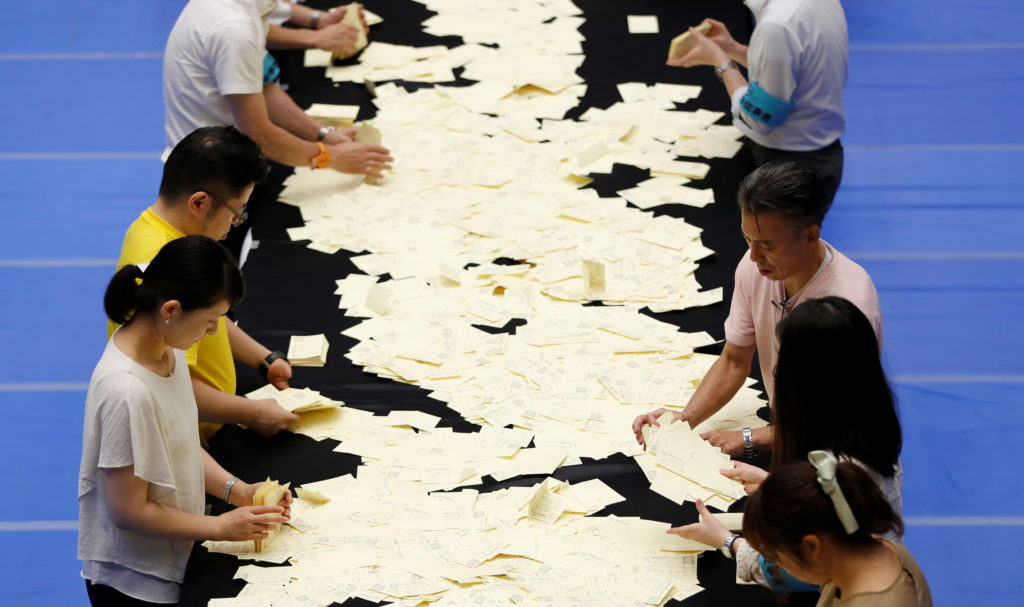 But Abe and his conservative backers face challenges because voters seem more concerned about their jobs, the economy and social security.

The main opposition Constitutional Democratic Party of Japan and three other liberal-leaning parties teamed up in some districts. They stressed support for gender equality and LGBT issues — areas Abe’s ultra-conservative lawmakers are reluctant to back.

At a polling station in Tokyo’s Chuo district on Sunday, voters were divided over Abe’s 6 1/2-year rule.

A voter who identified himself only as a company worker in his 40s said he chose a candidate and a party that have demonstrated an ability to get things done, suggesting he voted for Abe’s ruling party and its candidate, as “there is no point in casting my vote for a party or a politician who has no such abilities.”

Another voter, Katsunori Takeuchi, a 57-year-old fish market worker, said it was time to change the dominance of Abe and his ultra-conservative policies.

“I think the ruling party has been dominating politics for far too long and it is causing damage,” he said.

Left: Japan's Prime Minister Shinzo Abe, who is also leader of the ruling Liberal Democratic Party (LDP), puts a rosette on the name of a candidate who is expected to win the upper house election, at the LDP headquarters in Tokyo, Japan, July 21, 2019. Photo by Kim Kyung-Hoon/Reuters