What do we know about the Kouachi brothers? 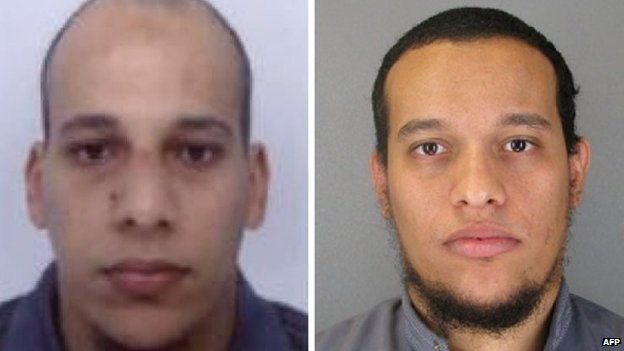 Chérif Kouachi and Said Kouachi were the primary suspects in Wednesday’s shooting at a French satirical newspaper that claimed 12 lives. Until Friday morning, the brothers were at large when a manhunt drove them to a small industrial town called Dammartin-en-Goële, about 25 miles northeast of Paris. The brothers took one hostage with them into a printing house. French TV reported the hostage to be a 26-year-old man. During two near-corresponding police raids (one in Dammartin-en-Goële and another in a supermarket in Paris), smoke and explosions were observed outside the printing house and by Friday evening, police reported the brothers dead.

While the Kouachis have been linked to al-Qaida, few details about the brothers are known. Here’s what has been reported: 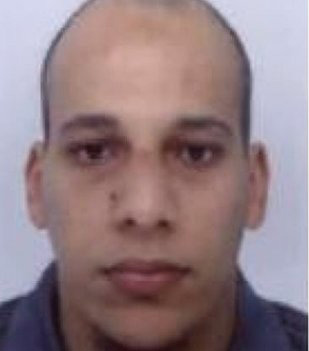 Born in France, Chérif was raised in an orphanage in Rennes in western France. He prepared for a career as a fitness coach but in the early 2000s, was reported to have moved closer to Paris working as a pizza delivery man.

He was a member of the “Buttes-Chaumont network,” a group that reportedly sent men to fight against U.S. forces in Iraq on behalf of al-Qaida.

In 2005, he was detained before boarding a plane bound for Syria.

While serving time, Le Monde reports that Chérif met Djamel Beghal, also known by Abu Hamza, who became his mentor. Beghal was serving a 10-year sentence for his role in a 2001 plan to bomb the U.S. embassy in Paris.

In 2008, he was sentenced to three years in prison for associating with extremist fighters but half his sentence was suspended.

In 2010, he was investigated for a jail-break plot that Amedy Coulibaly, a gunmen who took several hostages in a kosher grocery store in Paris today, participated in. Coulibaly was the man suspected of murdering a French policewoman on Thursday with the help of another suspect, Hayat Boumediene, who is still at large. 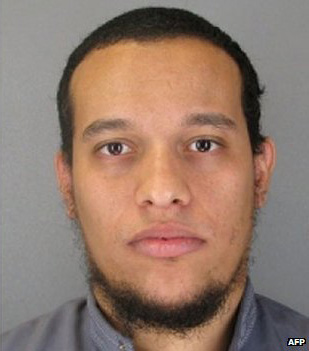 When Chérif moved near Paris in the early 2000s, his older brother was already living there.

Said was also named in the prison break plot in 2010 but was not charged due to lack of evidence.

French authorities report that in 2011, the elder Kouachi brother traveled to Yemen sometime before Sept. 30, 2011, when Anwar al-Awlaki, a senior al-Qaida leader and U.S. citizen was killed by a U.S. drone strike. The length of time he stayed and his actions are unknown.