At least 39 people were killed in a Turkish nightclub after a gunman opened fire early Sunday during a New Year’s Eve celebration.

The attack took place at 1:15 a.m. in Istanbul along the Bosphorus waterway, where party-goers were celebrating, when the gunman began shooting inside the Reina nightclub. Authorities are currently searching for the assailant.

Witnesses told Reuters survivors dove under tables and jumped into the waterway as the gunman fired an automatic rifle.

“At first we thought some men were fighting with each other,” said one witness who was in the club with her husband and a friend. “Then we heard the sound of the gunfire and ducked under the tables.” 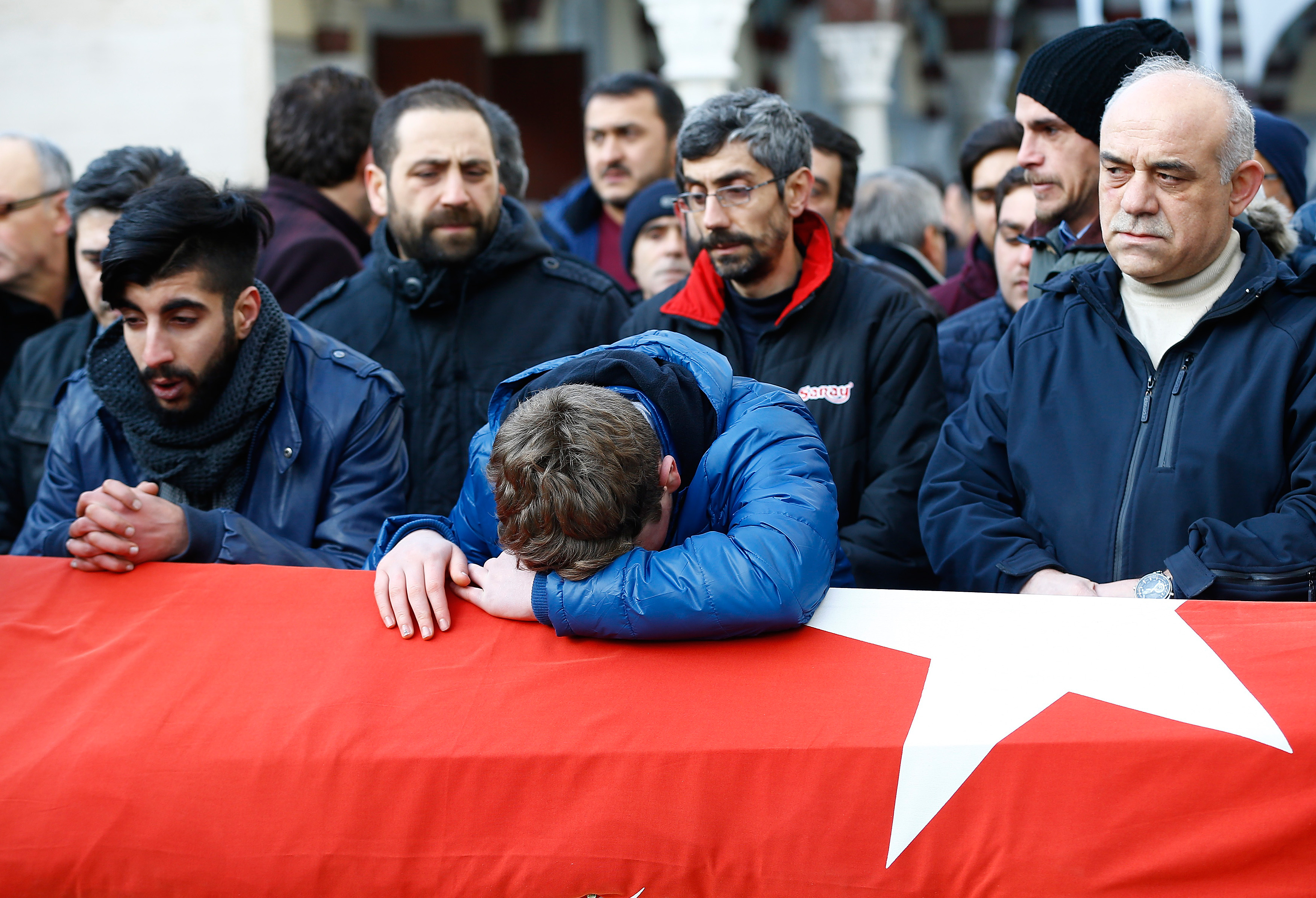 Relatives react at the funeral of Ayhan Arik, a victim of an attack by a gunman at Reina nightclub, in Istanbul, Turkey, January 1, 2017. Photo By Osman Orsal/Reuters

Anadolu Agency, Turkey’s state-run news agency, told the Associated Press that at least 24 of the victims were foreign nationals. At least 70 other individuals were injured during the attack.

Officials said a single attacker was responsible for the rampage, according to the AP. The U.S. Consulate General in Istanbul on Sunday warned in a statement that Americans should take caution.

“Security operations are still ongoing in the aftermath of the January 1st gunfire attack at Reina nightclub,” it read. “U.S. citizens are advised to shelter in place and to limit movements to an absolute minimum.”

Left: Turkish police stand guard outisde the Reina nightclub by the Bosphorus, which was attacked by a gunman, in Istanbul, Turkey, January 1, 2017. Photo By Huseyin Aldemir/Reuters