BEIRUT — Tens of thousands of Lebanese cast their ballots Sunday in the first parliamentary elections in nine years, a vote that is being fiercely contested between rival groups backed by regional powers Iran and Saudi Arabia.

The voting is unlikely to change the existing balance of power among the major political factions in Lebanon, but many hope new contenders from civil society groups can challenge the decades-old sectarian political system.

Thousands of army and police forces deployed near polling stations and on major intersections across the country to ensure security. Electoral campaigns have been tense as each group has mobilized its supporters, with fist fights and shootings occurring in several areas in recent weeks.

The main race is between a Western and Saudi-backed coalition headed by Prime Minister Saad Hariri and the Iranian-backed Hezbollah group, part of a region-wide power struggle that is tearing apart the Middle East.

“This shows Lebanon’s democracy and the importance of democracy. This is a democratic wedding, and as we said from the start, congratulations to whoever wins tonight,” said Interior Minister Nouhad Machnouk, who is running on Hariri’s list, after casting his ballot in Beirut. 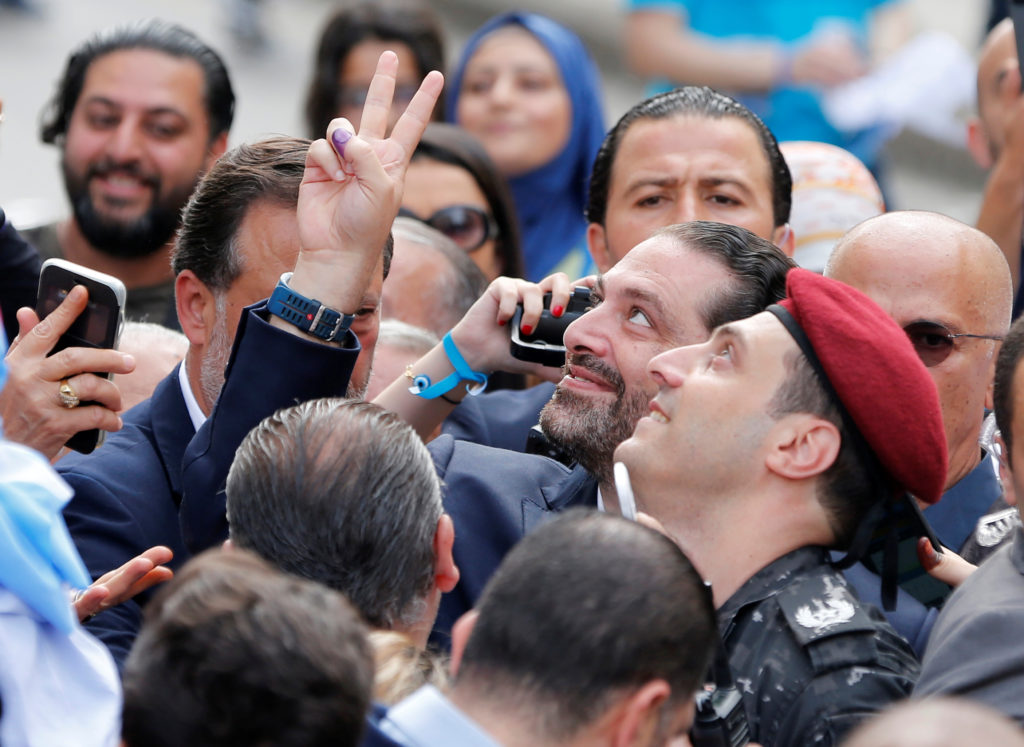 Lebanese prime minister and candidate for the parliamentary election Saad al-Hariri gestures after casting his vote in Beirut, Lebanon, May 6, 2018. Photo By Jamal Saidi/Reuters

By mid-afternoon, he said the voter turnout had reached 24 percent and that preliminary results would start coming in several hours after polls close at 1600 GMT. Official results are not expected before Monday.

As Hariri entered a public school in Beirut to vote, a woman in a wheelchair complained that polling stations were not equipped for disabled voters.

“We are human beings. It is not fair that we have to be carried like bags of potatoes,” the woman, Silvana Lakkis, said. The prime minister promised to address the problem in the next elections.

“When we see what is happening in countries around us and Lebanon is holding democratic elections, this shows that Lebanon is fine,” Hariri said after waiting in line around 20 minutes to cast his ballot. “Order is nice,” he quipped.

The vote is the first since Syria’s war broke out in 2011, sending a flood of around million refugees to neighboring Lebanon and adding to the country’s economic woes.

Hezbollah has sent thousands of fighters to back President Bashar Assad’s forces, a move that has been criticized by many Lebanese, mainly Sunni Muslims and Christians, who see the group as dragging the country into regional conflicts.

Leading Hezbollah legislator Ali Ammar defended his group’s involvement in Syria, saying it protected Lebanon from the “evil powers” of the Islamic State group and al-Qaida.

In Hezbollah strongholds in southern Beirut, there was a steady flow of voters Sunday. Streets were festooned with candidates’ posters and Hezbollah’s signature yellow flags. Outside polling stations, Hezbollah supporters displayed a replica of the voting ballot on a big board and explained to voters which among the color-coded lists is theirs, and how they can vote for it. They wore yellow shirts with the slogan “We protect and build” written on them.

“We love the resistance,” said Amira Sidani, an 85-year-old woman, after casting her ballot.

This year’s vote is according to a new election law that is based on proportional representation for the first time. Voters will choose one list of allied candidates, as well as a preferred candidate from among them. In the past, the winning list took all the seats in the electoral district.

That has cracked open the door for more outsiders to field the elections, challenging political titans who have long ruled the country based on a sectarian and family patronage system.

At midday, after casting his ballot in southern Beirut, President Michel Aoun described the process as “successful.” Wary of voters’ apathy toward a vote unlikely to change much, he urged people to turn out in large numbers. 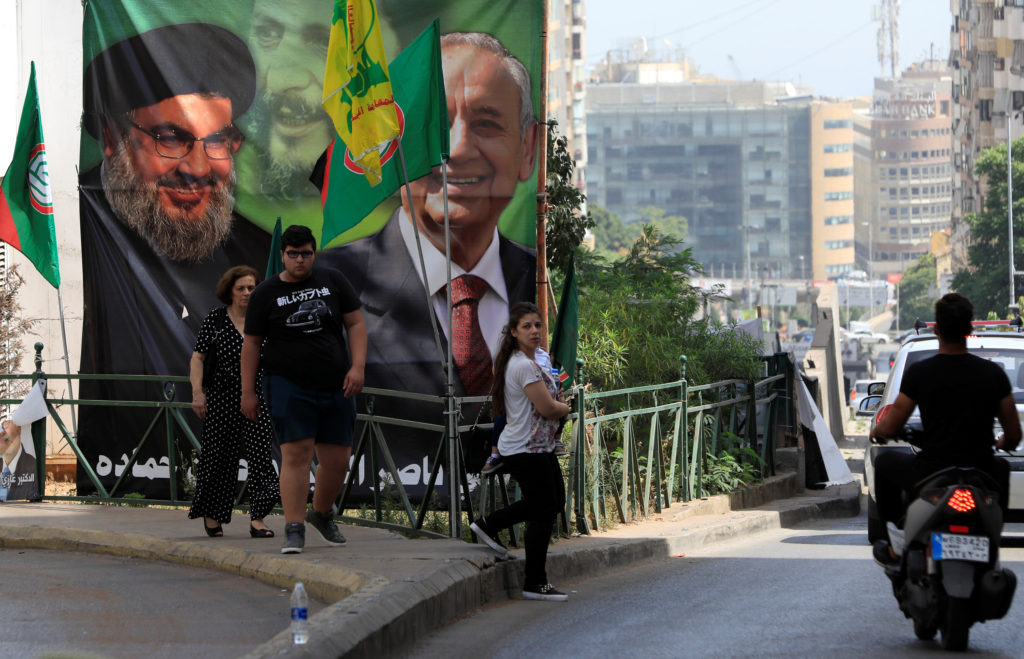 Mohammed Ali, 30, riding his scooter to the beach, said he’s not voting because there are no choices. He says his family members will vote for whoever pays them, but he’s not interested in the money.

The legislature’s term was supposed to expire in 2013, but lawmakers have approved several extensions since then, citing security concerns linked to the spillover from Syria’s war. Lebanese who support opposing sides in the war have clashed on a number of occasions, and Sunni extremists have carried out several bombings.

There are about 3.6 million eligible voters, and early results are expected after polling stations close at 7 p.m. Some 586 candidates, including 86 women, are running for the 128-seat parliament, which is equally divided between Muslims and Christians.

Hezbollah and its allies are likely to add more seats, while Hariri is likely to lose several. Some of his Sunni supporters see him as being too soft on Hezbollah, and the billionaire businessman has also faced criticism after laying off scores of employees from his companies in Lebanon and Saudi Arabia.

Still, Hariri will most likely be named to form a national unity Cabinet after the vote. The rival sides are expected to recreate the unity government that currently exists, which includes Hezbollah.

The vote comes a week after Lebanese living oversees voted in 39 countries around the world. It was the first time Lebanon’s large expatriate community was allowed to take part in the vote. That, along with the new electoral law, has injected some unpredictability to the process.

Left: A Lebanese Druze man casts his vote at a polling station during the parliamentary election, in Aley, Lebanon, May 6, 2018. Photo By Jamal Saidi/Reuters