The Liberian government has closed and dismantled a crematorium in Monrovia in a move that represents significant progress in the country’s fight against the disease, the Associated Press reported.

The country had previously imposed cremations because traditional burial practices, which included washing and touching the dead, pose a significant danger of infection.

The government removed drums from the facility holding ashes of over 3,000 victims. Nineteen barrels of remains are slated for burial on a plot bought by the government as a cemetery for Ebola victims.

“These activities — these prayers services — are taking place in an effort to accord these people the utmost respect considering the circumstances under which they were cremated and they parted with their families,” Acting Information Minister Isaac Jackson told the AP. “We think it is only but proper that we now accord them — the over 3,000 people cremated — respect in a more dignified way.” 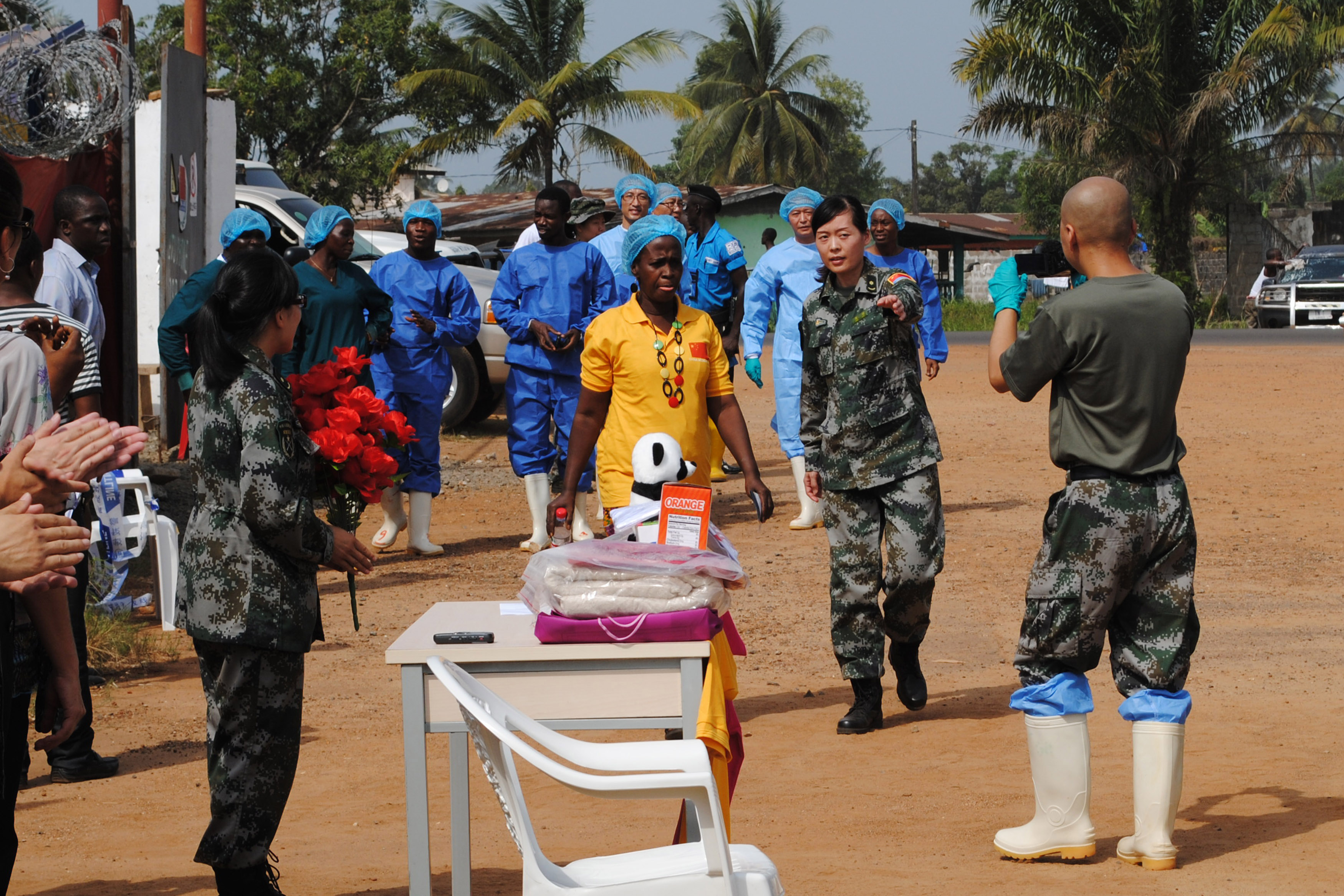 Liberia’s last known Ebola patient Beatrice Yardolo (in yellow) arrives for a ceremony at the Chinese Ebola treatment unit, where she was treated, in Monrovia, Liberia, on March 5, 2015. Photo by REUTERS/James Giahyue

“I am very grateful to the Chinese treatment center and the Almighty God that I lived to see this day. I did not know I would make it,” Yardolo told Reuters.

Following Yardolo’s release, the country must go 42 days with no new Ebola cases until the country can be officially declared free of the disease, the AP reported.

The country is still monitoring 106 people for suspected contact with Ebola patients, according to the Wall Street Journal.

“It’s not over yet,” Tolbert Nyenswah, the deputy health minister in charge of Liberia’s Ebola battle, told the New York Times. “We are still cautioning people. We told them they must still protect their villages, their towns. They should report any suspicion of Ebola to the health teams.”

Neighboring countries Sierra Leone and Guinea are still struggling to contain the spread of Ebola, as the World Health Organization launched its first experimental Ebola vaccine trials in Guinea on Saturday.

“The Ebola epidemic shows signs of receding but we cannot let down our guard until we reach zero cases,” Assistant Director-General Marie-Paule Kieny, who leads the Ebola Research and Development effort at WHO said in a statement. “An effective vaccine to control current flare-ups could be the game-changer to finally end this epidemic and an insurance policy for any future ones.”

More than 23,900 cases of Ebola have been reported since the current outbreak began in December of 2013, including some 9,800 deaths according to the WHO.

Left: A car carrying barrels containing victims of Ebola's remains leaves the crematorium on March 7, 2015 in Monrovia on the way to a burial site. Photo by Zoom Dosso/AFP/Getty Images.