In Lithuania, consumers are fighting “Russian propaganda” with a little of their own — in sticker form.

Lithuanian activists are covering products advertised on Russian television with stickers featuring the Colorado potato beetle, a prolific pest that feeds voraciously on potato crops. The stickers use the striped orange markings on the beetle to satirize the similarly-striped St. George’s ribbons, a Russian national symbol. 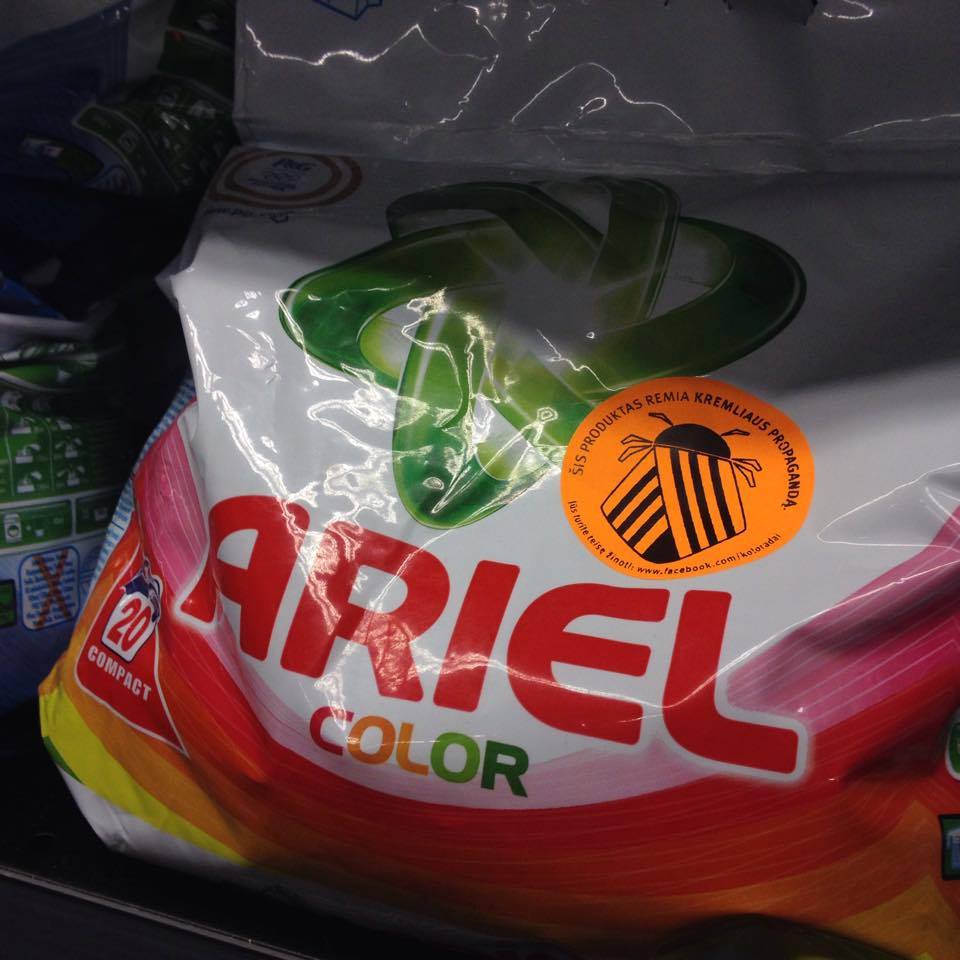 The anti-Kremlin protest group posted this photo of their sticker in use on Facebook.

The anti-Kremlin movement is in support of Ukraine, which lies south of Lithuania and, coincidentally, grows and consumes a lot of potatoes. In 2008, Ukraine’s agricultural expert Andrei Yarmak was quoted in several Ukrainian news blogs saying “In Europe only Russia produces more potato than Ukraine” and, “we consume it more than bread.”

By “buying products advertised on Russian TV, consumers are funding Russian news stations, which are known to support Kremlin interests in the conflict in Eastern Ukraine,” said a correspondent for Ukraine Today, a private international television channel.

So far, the campaign has received mixed reviews. While the stickers have gotten a lot of positive attention on social media, others question if the passion against the products is misplaced.

Translated, this tweet reads “Awesome, this is what we need.”

Translated, this tweet reads “Since when have Borjom’s products been considered Russian? Have they lost their minds with their hating on Russia?”

Left: On the left, the Ribbon of St. George, favored by Russian separatists in eastern Ukraine, and on the right, the Colorado potato beetle, whose stripes resemble the orange ribbon. Image of the ribbon via Wikimedia, and the beetle is by by Flickr user Rosana Prada.