HONG KONG — Hundreds of thousands of protesters marched through Hong Kong on Sunday to voice their opposition to government-sponsored legislation that would allow people to be extradited to mainland China to face charges.

The massive protest took place three days before Hong Kong’s government plans to bring the bill to the full legislature, bypassing the committee process, in a bid to win approval by the end of the month.

Police estimated the crowd at 240,000, but organizers said more than 1 million took part. 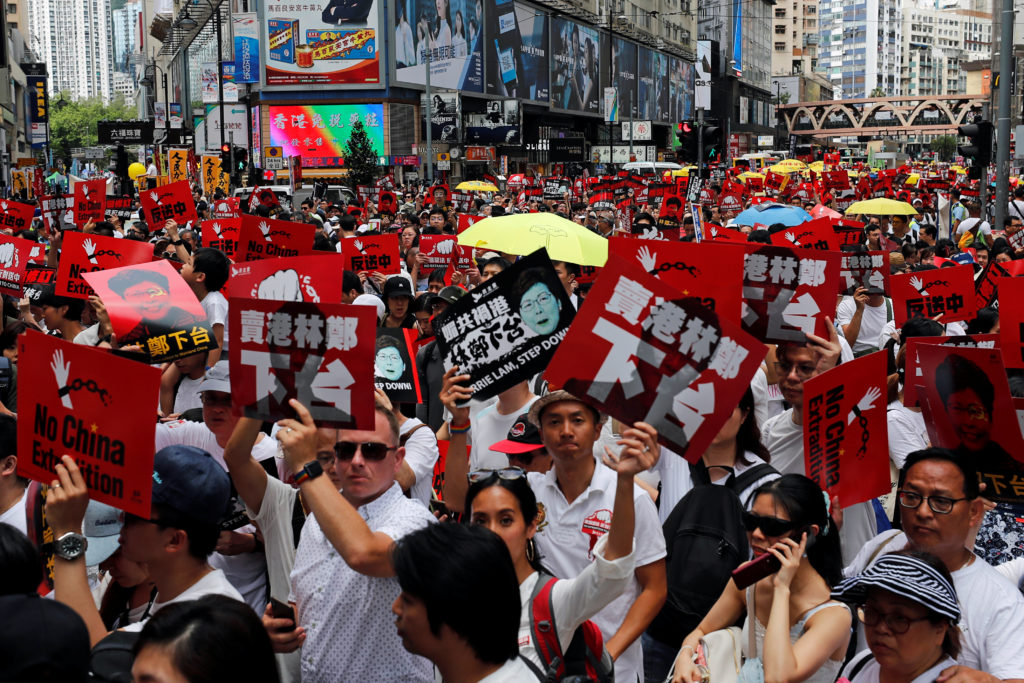 Demonstrators hold yellow umbrellas, the symbol of the Occupy Central movement, and placards during a protest to demand authorities scrap a proposed extradition bill with China, in Hong Kong, China June 9, 2019. Photo By Tyrone Siu/Reuters

Hong Kong’s leader, Carrie Lam, has pushed forward with the legislation despite widespread criticism from human rights and business groups. Opponents say that China’s legal system would not guarantee the same rights to defendants as in semi-autonomous Hong Kong.

“What can we do to get Carrie Lam to listen to us, how many people have to come out to make her reconsider listening to the public?” said Miu Wong, a 24-year-old office worker who joined the protest.

Hong Kong was guaranteed the right to retain its own social, legal and political systems for 50 years following its handover from British to Chinese rule in 1997, the so-called “one country, two systems” framework. However, China’s ruling Communist Party has been seen as increasingly reneging on that agreement by forcing through unpopular legal changes.

Hong Kong currently limits such extraditions to jurisdictions with which it has existing extradition agreements or to others on an individual basis under a law passed before 1997. 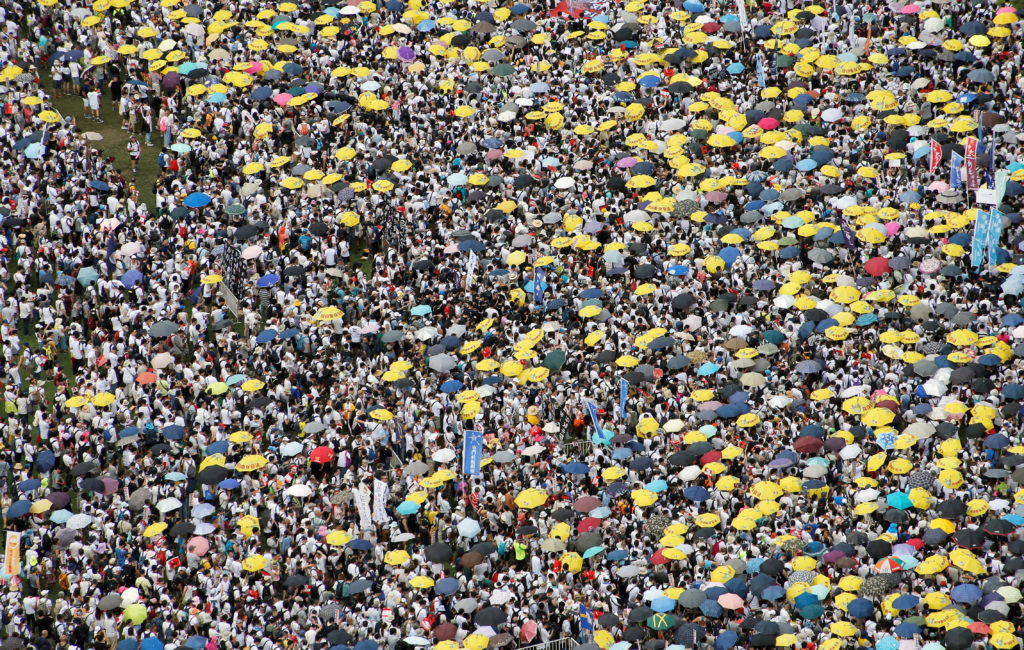 Demonstrators hold yellow umbrellas, the symbol of the Occupy Central movement, during a protest to demand authorities scrap a proposed extradition bill with China, in Hong Kong, China June 9, 2019. Photo By Thomas Peter/Reuters

China was excluded because of concerns over its poor record on legal independence and human rights. In recent years, mainland authorities have gone after opponents by accusing them of dubious crimes such as tax evasion, crystalizing worries among critics and others.

Lam’s government argued the revisions were needed to close legal loopholes, while opponents say that is merely an excuse to pursue China’s agenda of reducing Hong Kong’s legal independence.

The amendments have been widely criticized as eroding the semi-autonomous Chinese territory’s judicial independence by making it easier to send criminal suspects to mainland China, where they could face vague national security charges and unfair trials.