Protests, rallies mark May Day around the globe

The First of May marks May Day for many countries around the world. The holiday, which also coincides with International Workers’ Day, saw many celebrations in countries such as Russia and Brazil. In several others, however, protesters took to the street to rally against several political issues, including in the U.S., where demonstrators in Los Angeles called for immigration reform and an end to deportations of undocumented residents.

Take a look at some of the rallies from around the world: 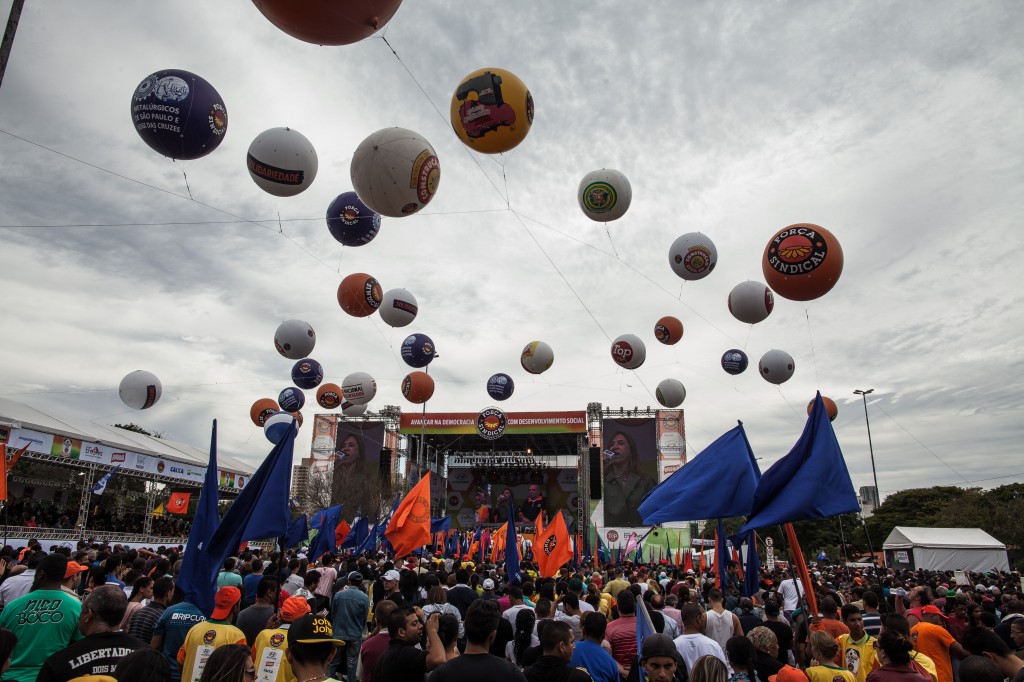 Associated workers of the unions confederations participate in traditional celebrations of May Day in the “Campo de Marte,” downtown São Paulo. Photo by Victor Moriyama/Getty Images 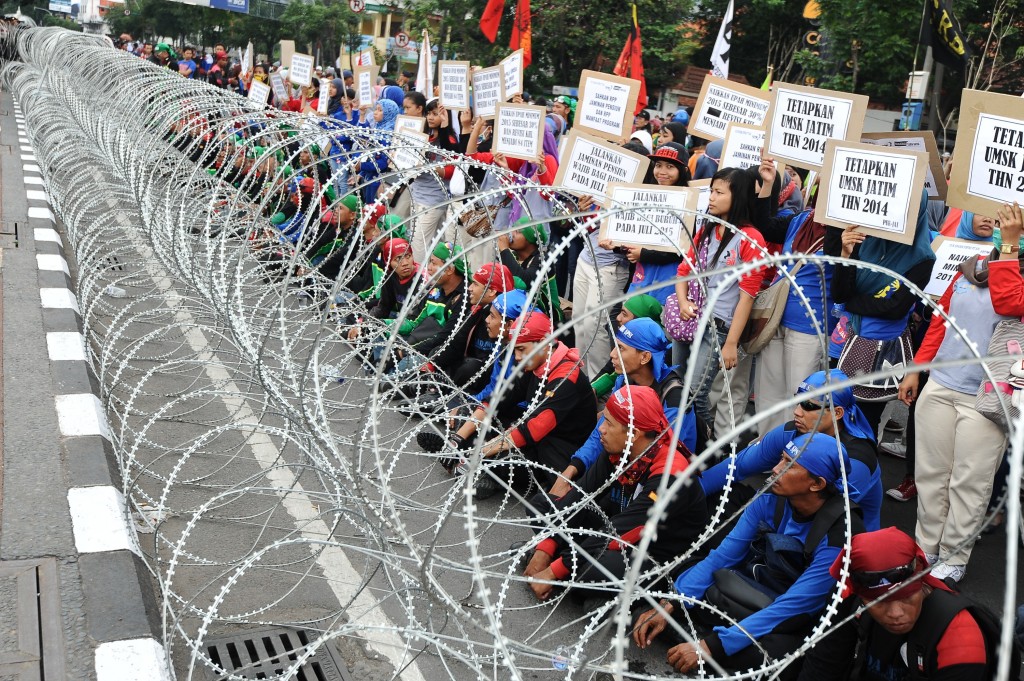 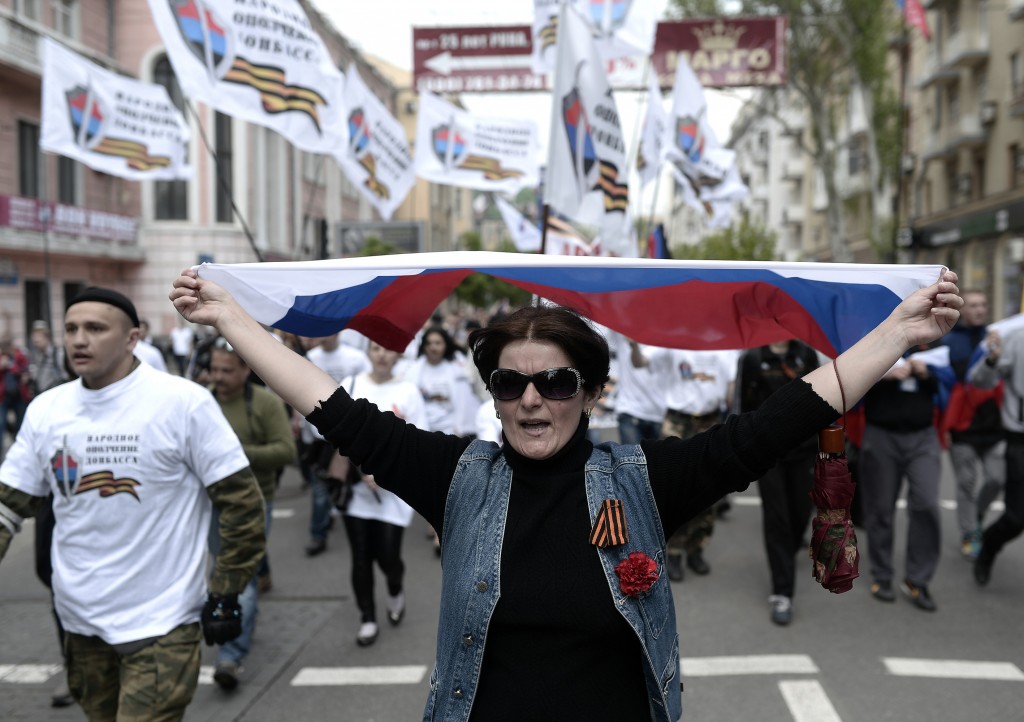 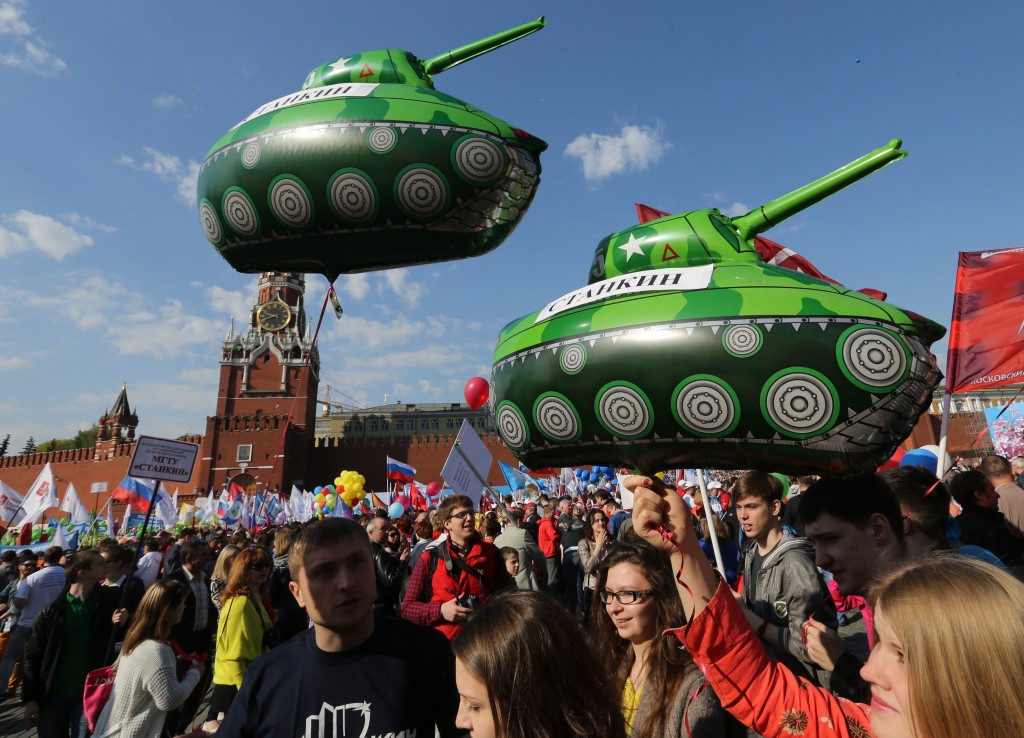 Russian trade unions members celebrate with flags, ballons, music and dance on Red Square during a rally in Moscow. Russian workers paraded Thursday on Red Square for the first time since 1991, the latest Soviet tradition to be revived as a wave of patriotism sweeps the country. Photo by Sasha Mordovets/Getty Images 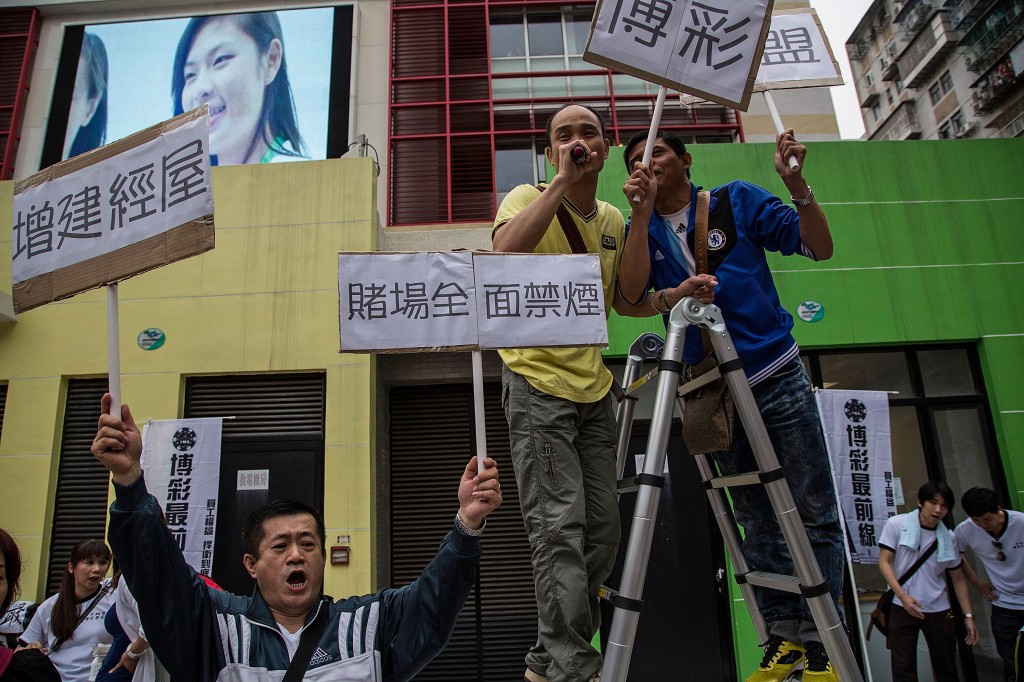 Protesters shout slogans and hold banners during a May Day demonstration in Macau, China. Hundreds of protesters attended a march against job shortages and living conditions on May Day. Photo by Lam Yik Fei/Getty Images 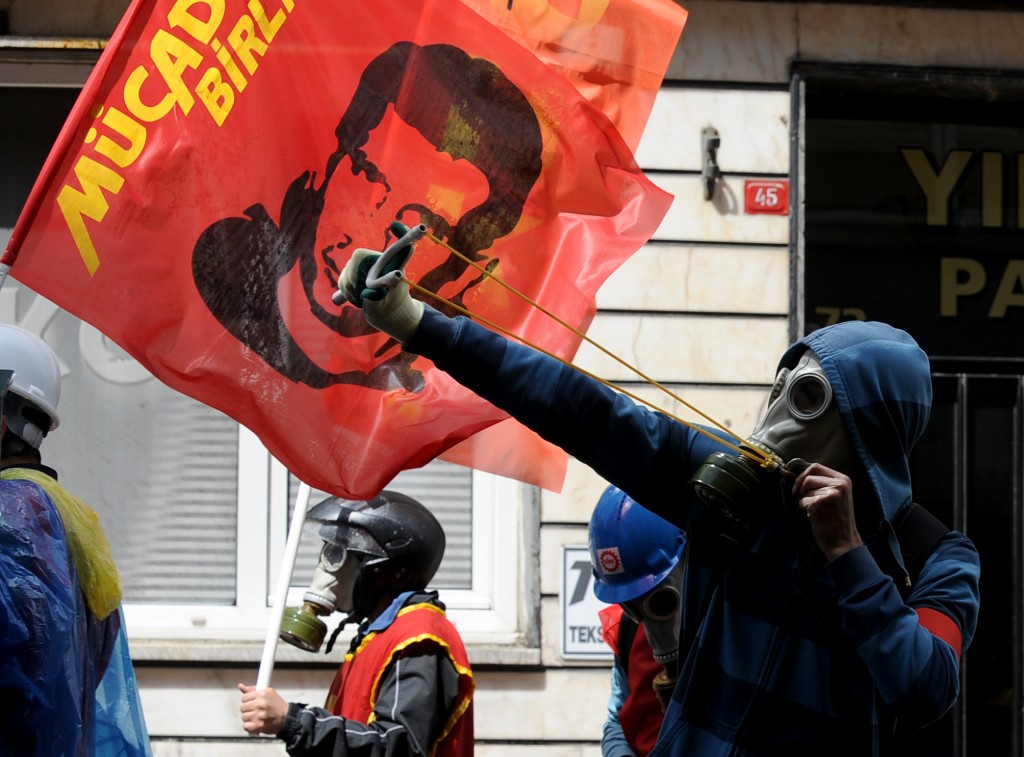 A protester takes aim at riot police with a slingshot during a May Day demonstration in Istanbul, Turkey. Turkish police fired water cannon and tear gas on Thursday in an attempt to prevent hundreds of protesters from defying a ban on May Day rallies and reaching Istanbul’s central Taksim Square, the focal point of protests in 2013. Photo by Burak Kara/Getty Images 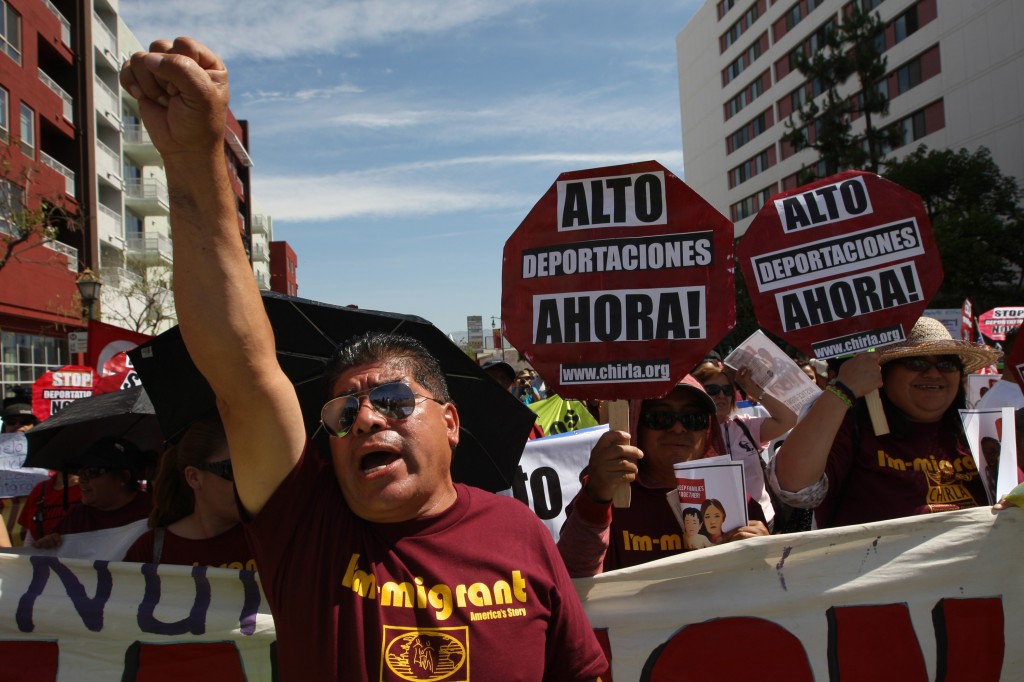 People rally in one a several May Day immigration-themed events in Los Angeles. Demonstrators are calling for immigration reform and an end to deportations of undocumented residents. Photo by David McNew/Getty Images 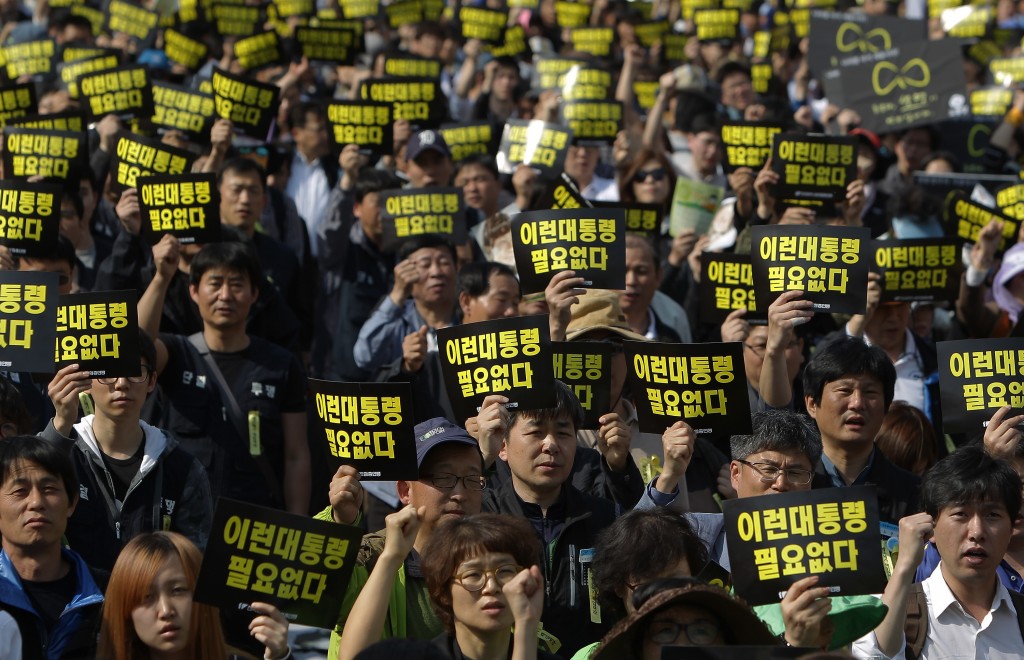 Labor union members hold up placards reading “We don’t need this kind of president” during a May Day rally organized by the Korean Confederation of Trade Unions at the Seoul Railway Station in Seoul. Photo by Chung Sung-Jun/Getty Images 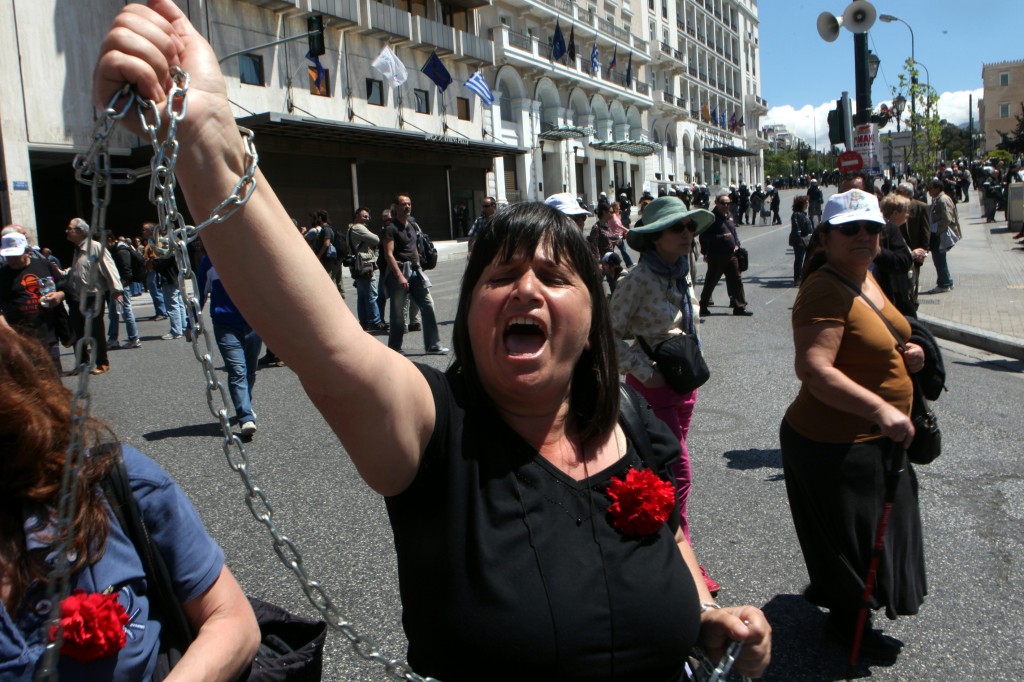 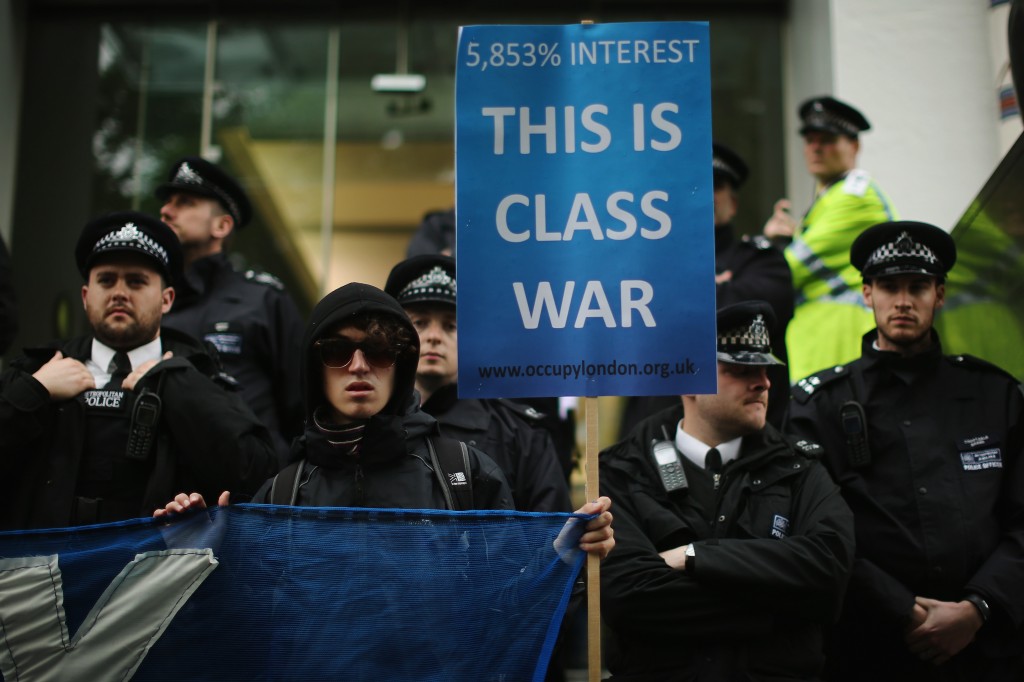 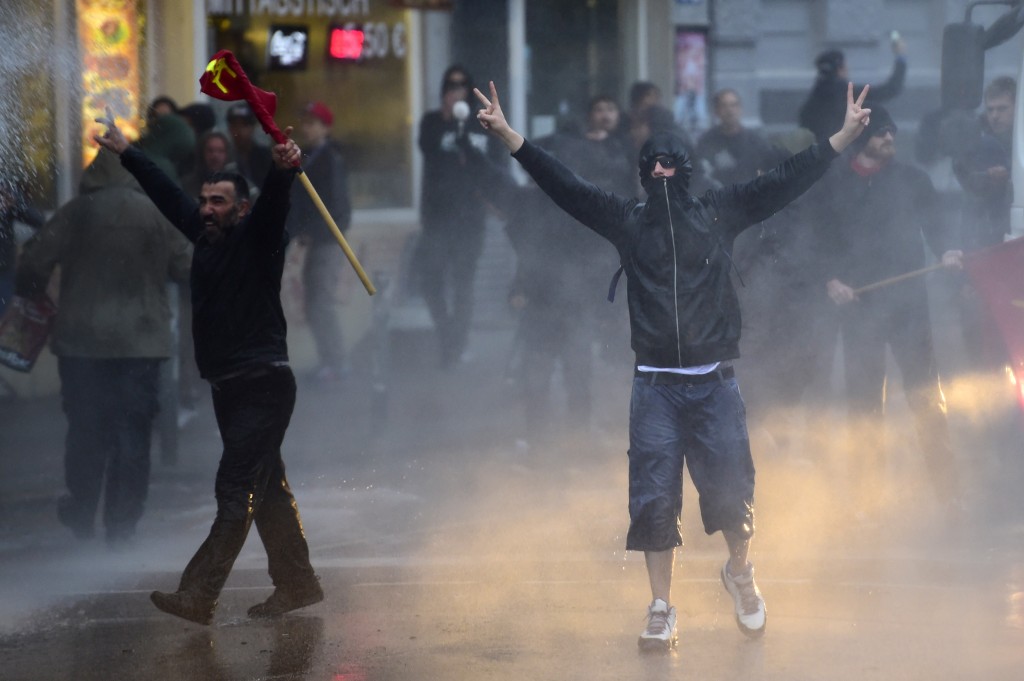 Left-wing protesters clash with police in Hamburg, Germany. Activists from across Germany gathered in Hamburg Thursday to take part in demonstrations as a sign of solidarity with the residents of the Rote Flora squat and leftist cultural center. A real estate developer, who has owned the property since 2001, is seeking to rebuild the former theater into a six-story building with a concert hall, though the Rote Flora occupants have responded with strong and sometimes violent opposition. Photo by Alexander Koerner/Getty Images