Why Did Assad, Saddam and Mubarak Protect Christians?

Recent attacks on a Christian church in Egypt led to violent protests and dozens dead on the streets of Cairo.

David Kirkpatrick leads The New York Times’ coverage of the protests (read his dispatches) and he appeared on the NewsHour just hours after calm settled over the city on Monday morning. The protests heightened an atmosphere of tension, and the crackdown on them has damaged many Egyptians’ faith in the military council that currently runs the country. 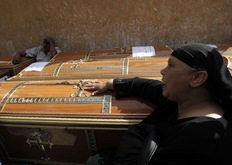 “The (Christian) Copts have for sure lost a protector with Mubarak gone,” he said, shortly before going on the air.

Kirkpatrick described the relationship between deposed dictator Hosni Mubarak, who was Muslim, and Egypt’s Coptic Pope Shenouda III as “distinctive to this kind of one-man rule,” where Christians and other religious minorities support a secular dictator in return for protection and access to power. Mubarak was close to the Coptic pope to ensure that the pope’s 8 million followers acquiesced to the dictator’s rule.

“It’s a not-so-pretty phenomenon that you see throughout the Middle East.”

What follows is a list of the countries where this phenomenon is especially profound, and how these Christian communities fared when their protectors were deposed. 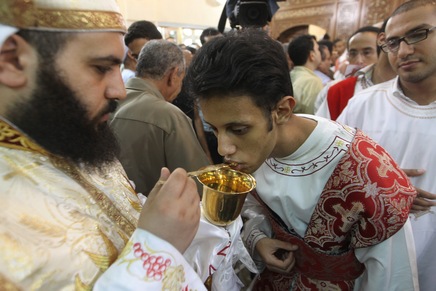 “Once in a while, Mubarak would do the pope a favor.”

Coptic Christians have been in Egypt for thousands of years. During Hosni Mubarak’s 30-year rule, they were often excluded from government, but their religious leader Pope Shenouda III publically endorsed and campaigned for Mubarak. In exchange, the Muslim Mubarak passed laws favored by the church, like this strict divorce law that applied only to Christians. In return, the dictator had the reluctant backing of Egypt’s 8 million Copts.

But even though Shenouda continued to support Mubarak throughout the uprisings, many Christians took part in the Tahrir Square protests.

This year, even before Mubarak was deposed, Coptic Christians were the target of a suicide bombing. Just last week, 26 died during violent protests that were sparked by an attack on a Cairo church.

“Islamists have very little love for groups that supposedly supported the system,” says Mark LeVine, professor of Middle East History at University of California at Irvine.

Why were Copts loyal to Mubarak?
“It wasn’t exactly loyalty,” Steven Cook, a fellow at the Council on Foreign Relations, writes in an email from Turkey. “It was acquiescence to Mubarak’s authoritarianism. The Christians were caught between Mubarak and fears of Islamists. They choose not to oppose Mubarak.”

What did they get in return?
“Every once in a while, Mubarak would do the pope a favor,” The New York Times’ David Kirkpatrick told the NewsHour’s Ray Suarez. “If Pope Shenouda publicly demanded it, Mubarak would let some Coptic prisoners out of jail and in various ways intervene to keep laws that the pope liked.”

Did Mubarak use sticks as well as carrots?
Like other dictatorships in the region, “The Mubarak regime at times stoked sectarian tensions,” says Cook. Mubarak was masterful at “subtly signaling to the Copts what might happen if the political system changed.”

With Mubarak gone, what’s next for the Copts?
“It’s not entirely clear,” says Cook. “One of the terrible legacies of the Mubarak era is how easy it is to whip up anti-Christian sentiment. I think that is what happened on Sunday.” 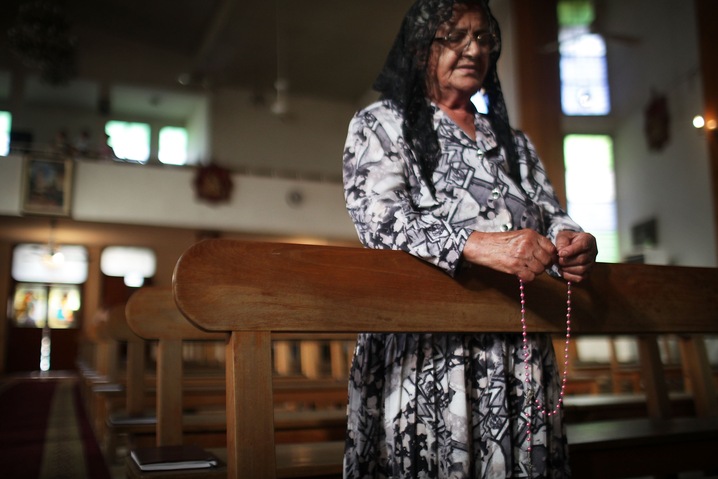 “If you don’t interfere with politics, then you are provided with a good life.”

The Christian community in Iraq is one of the oldest in the region, dating back about 2,000 years, well before the introduction of Islam.

Since the start of the Iraq war in 2003, however, much the community has fled the country, diminishing its population within Iraq’s borders by about half.

Under Saddam Hussein, Iraq was ruled by the Baath party, a secular government. Hussein himself was a Sunni Muslim; Sunni Muslims comprise about 35 percent of Iraqis.

Since Hussein’s government was a minority government. Other minorities, including Christians, “felt much more protected under the Hussein regime than they do currently,” says Brian Katulis of the Center for American Progress.

How did the Christians benefit from Saddam Hussein?
“There was a kind of a social contract in Iraq,” between minorities and Hussein, says Adeed Dawisha, a professor at the University of Miami in Ohio. “Under Saddam, it was understood that if you don’t interfere in politics, then you are provided with a good life.”

“If the Christians supported Saddam, not because they loved what he was doing, it was the fear of the alternative,” Dawisha says.
As a result of turning their focus elsewhere, Christians prospered economically. They were businessmen, doctors, lawyers, and engineers. A select few were part of the political elite, like Tariq Aziz who served as foreign minister and deputy prime minister under Hussein.

According to Katulis, that created a “network of protection that existed through some of the leaders [in] Saddam’s inner circle … trickled on down through community.”

What did Hussein get out of it?

However, Christans were not a “favored community” under Hussein’s rule, Dawisha explains, “they were simply left alone.” As a result, these minorities did not rebel against him.

What happened after Hussein left?

Once the regime fell, animosity between all religious communities exploded. The smallest minorities suffered the most. Before 2003, there were about 800,000 Christians in Iraq. Currently, Dawisha says, there is less than half that number. 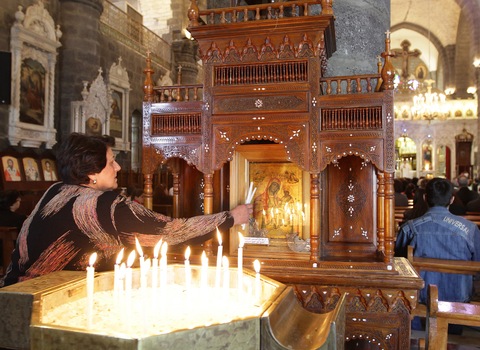 The “old divide and rule…”

Syria is a minority rule system, with Shia Alawite Muslims — who comprise only a small percentage of the population — wielding the most power, and with the Druze, Ismailis and Christians also playing important roles.

As the rest of the world turns on Syrian President Bashar al-Assad, who is an Alawite, Syria’s Christian population is steadfastly pulling for the dictator – and has for years.

What’s in it for them?

Christians get “very good business contracts, positions in government and the Syrian military,” says Andrew Tabler of The Washington Institute. “They get preferential treatment and protection of their places of worship.”

Because of this, Syria’s Christians have access to scholarships and opportunities to study abroad. It’s not surprising then that this minority plays an outsized role in Syria’s diplomatic life. Syria’s ambassador to France is Lamia Chakkor, a Christian whose father was a senior figure in Syria’s police and whose family ties helped her get the job. (You may remember her as the victim of a hoax resignation on France24 back in July.)

What’s in it for Assad?

For one thing, Syria’s Christians are “some of the most strident supporters of Assad,” according to Tabler. “They’re bridges to other countries and the international community. Assad thinks that helps the broader public perception of his regime.”

How does Assad keep them loyal?

The regime stokes fear of Muslim violence among the Christian minority. Tabler says “It’s part of priming the pump. In Syria they do this by spreading fears (among Christians) that Islamists want to kill them … It’s an old divide and rule tactic.”

What Happens If Assad Goes?

“Of course Christians in Syria have some concerns about the future,” says Radwan Ziadeh of The Carr Center for Human Rights. He is strongly opposed to the Assad regime. “After 47 years of Assad rule they don’t know what will happen.”

Still, Ziadeh thinks that their place in Syria’s middle class leaves them well-positioned for a post-Assad era.

“They have businesses. They see the change in society as maybe opening up more economic opportunities for them .”

An Egyptian woman mourns over the coffins of Coptic Christians killed in clashes with Egyptian security forces. Photo by Mahmud Hams/AFP/Getty Images.