MOSCOW — Tens of thousands of people rallied Saturday in one of Moscow’s biggest political protests in recent years, denouncing the exclusion of opposition and independent candidates from the Russian capital’s city council ballot.

The rally was the fourth consecutive weekend demonstration in Moscow over the local election. The determined opposition has prompted protests in other cities, reflecting widespread frustration with Russia’s tightly controlled politics.

An arrest monitoring group said 70 people were arrested Saturday in St. Petersburg at an unsanctioned demonstration in support of the Moscow protests.

OVD-Info said 10 people were detained in connection with the Moscow rally, but it was not immediately clear on what grounds. 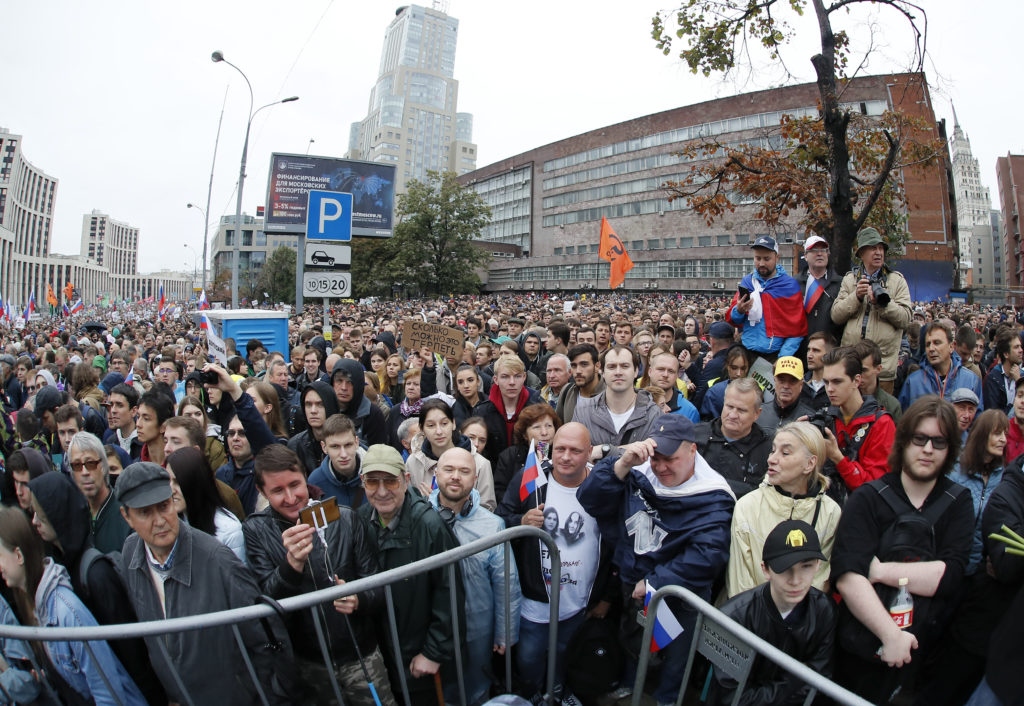 Unlike the previous two Moscow rallies, where police harshly dispersed the crowds and detained thousands of demonstrators, Saturday’s gathering in a neighborhood with relatively few passers-by was officially sanctioned.

It was held on a street flanked by high buildings and sandwiched between two busy thoroughfares.

A group that monitors attendance of public meetings, Beliy Schetchik, said it counted about 50,000 people at the demonstration; a police estimate put the crowd at 20,000. 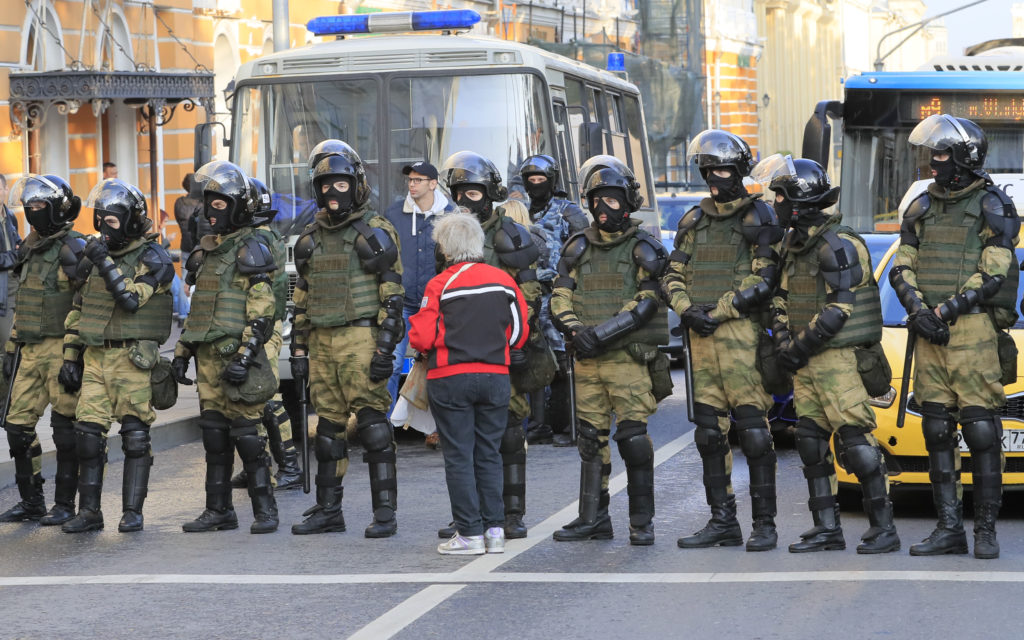 Law enforcement officers block a street after a rally to demand authorities allow opposition candidates to run in the upcoming local election in Moscow, Russia August 10, 2019. Photo by Tatyana Makeyeva/Reuters

Some opposition figures called for an unauthorized march to follow the permitted rally, but it was unclear if the action would materialize.

Lyubov Sobol, one of the city council candidates denied a place on the ballot and a spearhead of the election protest, was among those detained in Moscow on Saturday.

A video on Sobol’s Twitter feed showed officers breaking into her office as she demanded an explanation from them.