Mozambique says cholera cases up to 271 in cyclone-hit city

JOHANNESBURG — Cholera cases among cyclone survivors in Mozambique have jumped to 271, authorities said, a figure that nearly doubled from the previous day.

So far no cholera deaths have been confirmed, the report said. Another Lusa report said the death toll in central Mozambique from the cyclone that hit on March 14 had inched up to 501. Authorities have warned the toll is highly preliminary as flood waters recede and reveal more bodies.

The cholera cases have been discovered in the port city of Beira, whose half-million residents and especially those in crowded, poor neighborhoods are at particular risk.

Doctors Without Borders has said it is seeing some 200 likely cholera cases per day in the city, where relief workers are hurrying to restore the damaged water system and bring in additional medical assistance. 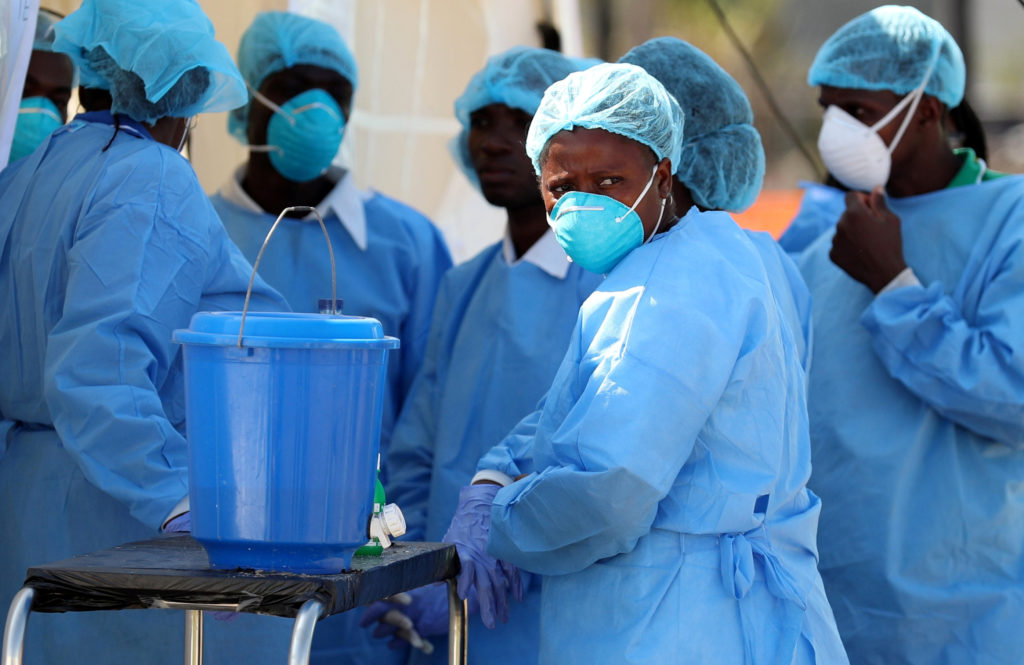 Medical staff wait to treat patients at a cholera centre set up in the aftermath of Cyclone Idai in Beira, Mozambique, March 29, 2019. Photo By Mike Hutchings/Reuters

The World Health Organization has said some 900,000 cholera vaccine doses are expected to arrive on Monday, with a vaccination campaign starting later in the week.

Cholera is spread by contaminated food and water and can kill within hours if not treated. The disease is a major concern for the hundreds of thousands of cyclone survivors in the southern African nation now living in squalid conditions in camps, schools or damaged homes. Some drink from contaminated wells or filthy, stagnant water.

As health responders stress the need for better disease surveillance, the United Nations’ deputy humanitarian coordinator in Mozambique, Sebastian Rhodes Stampa, has said all cases of diarrhea are being treated as though they are cholera.

Cholera is endemic to the region, and “it breaks out fast and it travels extremely fast,” he told reporters on Friday.

Doctors Without Borders has said other suspected cholera cases have been reported outside Beira in the badly hit areas of Buzi, Tica and Nhamathanda but the chance of spread in rural areas is smaller because people are more dispersed.

The cyclone also killed at least 259 people in Zimbabwe and 56 in Malawi.

Left: A woman stands outside a tent at a camp for people displaced in the aftermath of Cyclone Idai in Beira, Mozambique, March 28, 2019. Photo By Mike Hutchings/Reuters