Italy held a day of mourning on Saturday as the search continued for survivors of a devastating earthquake in the center of the country that killed at least 291 people this week.

Italian President Sergio Mattarella and Premier Matteo Renzi joined family members at a state funeral in Ascoli Piceno at a community gym filled with 35 caskets, including two for children. The local bishop recounted the story of two sisters who were buried in rubble just yards from a church – the younger survived because the older one shielded her, according to the Associated Press.

“The older one, Giulia, was sprawled over the smaller one, Giorgia.” Bishop Giovanni D’Ercole said. “Giulia, dead, Giorgia, alive. They were in an embrace.”

No one has been fond alive since Wednesday, though the death toll continues to rise. Giulia’s small coffin was at the center of the gym. 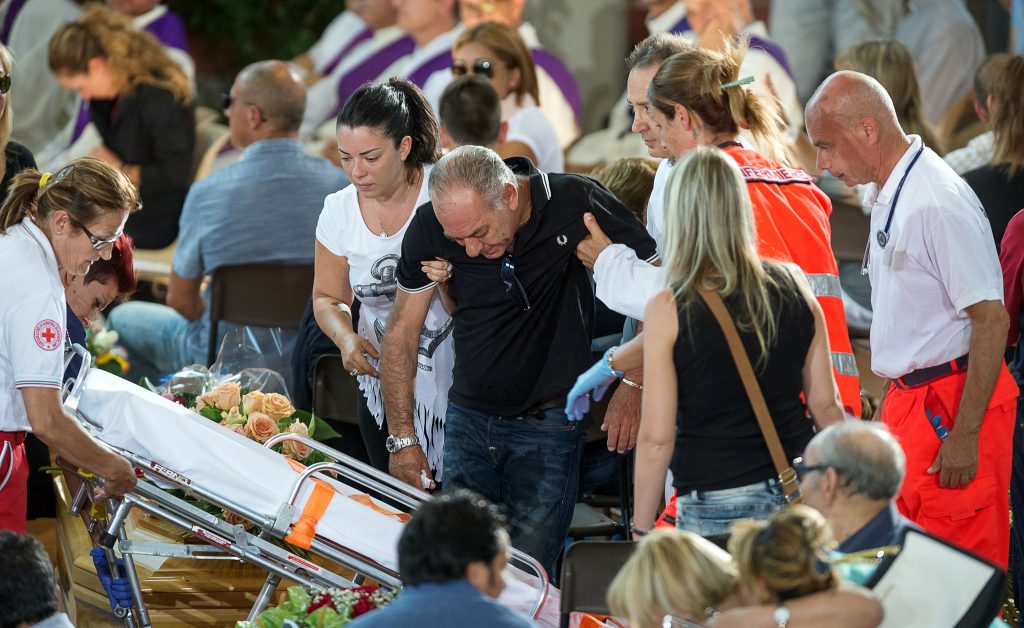 A man is helped by Red Cross members during a funeral service for victims of the earthquake inside a gym in Ascoli Piceno, Italy August 27, 2016. Photo by Adamo Di Loreto/Reuters

The 6.2-magnitude quake ravaged central Italy before dawn on Wednesday morning, demolishing three main towns in central Italy. Ascoli Piceno is a main city close to them, and Saturday’s funeral was mostly for people from Arquata del Tronto, about 16 miles southwest. 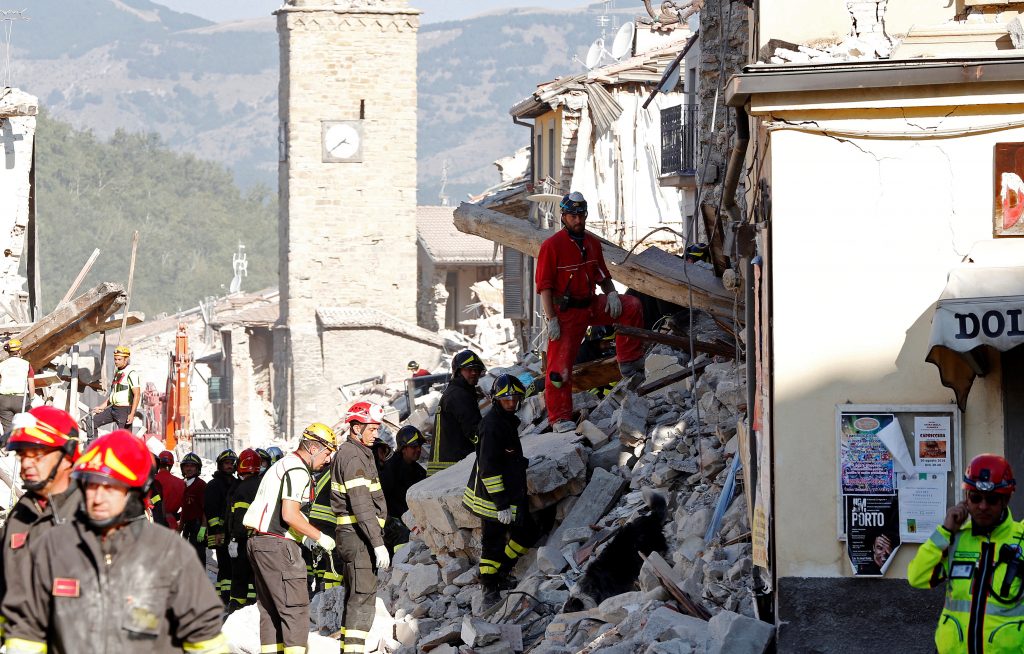 Saturday was supposed to be a day of celebration in Amatrice, the hilltop town that was hit the worst. The death toll there has reached more than 200, in part because a rush of visitors for the city’s 50th annual festival of “pasta all’amatriciana,” Amatrice’s famous dish, doubled its size from 2,000 to 4,000.

Mattarella stopped there in the morning to meet with the mayor and thank rescue workers who were still trying to find people in the rubble.

In support of Amatrice, people in the U.S. have been eating pasta all’amatriciana.

Tonite, it can only be pasta all'amatriciana. Sad for lives & culture lost. Hope for survivors #Hokies #PrayforItaly pic.twitter.com/GZbEQqAPS3

Left: Giovanni D'Ercole, bishop of Ascoli Piceno, spreads incense during a funeral service for victims of the earthquake inside a gym, Italy August 27, 2016. Photo by Adamo Di Loreto/Reuters