MOSCOW — Nearly 1,400 people were detained in a violent police crackdown on an opposition protest in Moscow, a Russian monitoring group said Sunday, adding that was the largest number of detentions at a rally in the Russian capital this decade.

OVD-Info, which has monitored police arrests since 2011, said the number of the detentions from Saturday’s protest reached 1,373 by early Sunday. The overwhelming majority of people were soon released but 150 remained in custody, OVD-Info and a lawyers’ legal aid group said Sunday.

Crackdowns on the anti-government protesters began days before the rally. Opposition leader Alexei Navalny was arrested and sentenced Wednesday to 30 days in jail for calling for Saturday’s protest against election authorities who barred some opposition candidates from running in the Sept. 8 vote for Moscow city council. 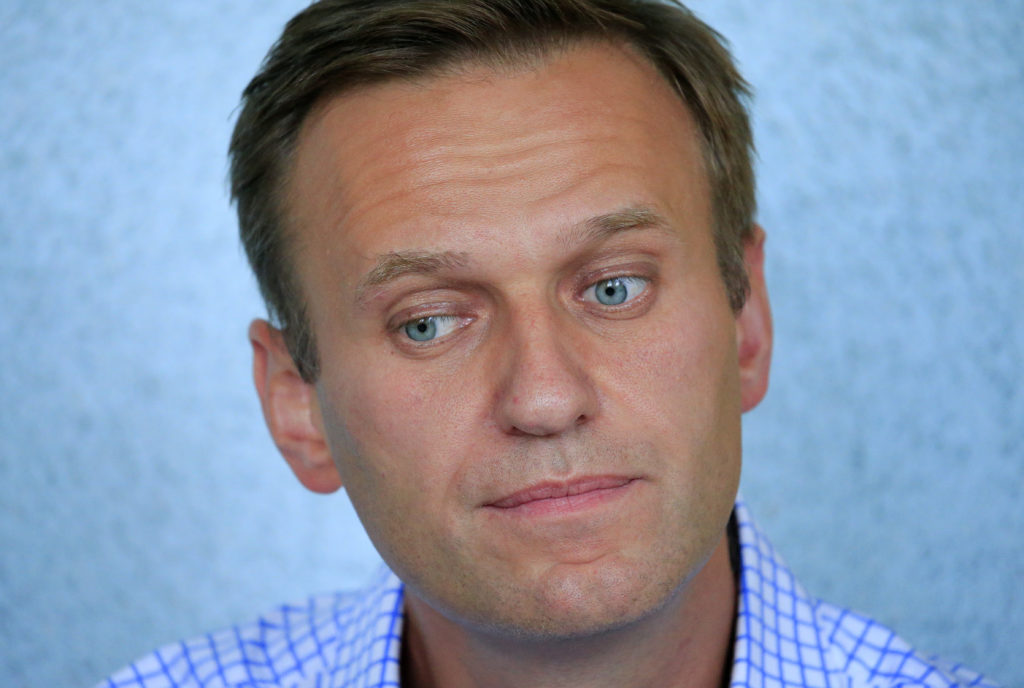 Navalny was unexpectedly hospitalized Sunday with a severe allergy attack, his spokeswoman said.

Kira Yarmysh said Navalny, who did not have any allergies beforehand, was taken from the Moscow jail to a hospital in the morning, arriving with severe facial swelling and red rashes. Hours later, she said Navalny was in a “satisfactory condition.”

Russian police violently dispersed thousands of people who thronged the streets of Moscow on Saturday to protest the move by election authorities. Several protesters reported broken limbs and head injuries. Police justified their response by saying that the rally was not sanctioned by authorities.

Along with the arrests of the mostly young demonstrators, several opposition activists who wanted to run for the Moscow City Duma were arrested throughout the city.

Police eventually cordoned off the City Hall and dispersed protesters from the area, but thousands of demonstrators reassembled in several different locations nearby and a new round of arrests began. Russian police beat some protesters to the ground with wide truncheon swings while others tried to push the police away. 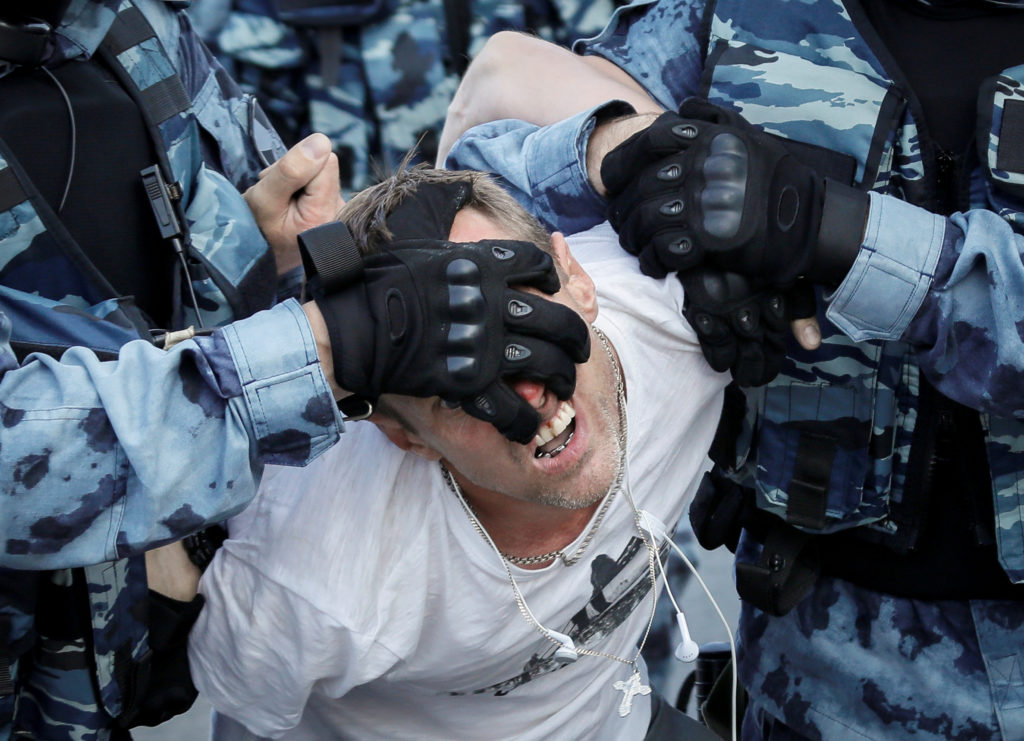 Law enforcement officers detain a participant of a rally calling for opposition candidates to be registered for elections to Moscow City Duma, the capital’s regional parliament, in Moscow, Russia July 27, 2019. Photo by Shamil Zhumatov/Reuters

Police said the protesters numbered about 3,500 but aerial footage from several locations suggested at least 8,000 people turned out.

Dmitry Gudkov, an opposition figure who was barred from running for city council office in Moscow, was detained Sunday afternoon as he delivered food to some of the Moscow protesters still in jail.

The U.S. Embassy in Moscow on Sunday decried the violent crackdown as “use of disproportionate police force” and the Russian presidential human rights council said it was concerned about the police brutality.

Russian President Vladimir Putin stayed away from Moscow over the weekend.

On Sunday, he led Russia’s first major naval parade in years, going aboard one of the vessels in the Navy Day parade in St. Petersburg, on the Gulf of Finland. The parade included 43 ships and submarines and 4,000 troops.