EOUL, South Korea — There’s no question that North Korean leader Kim Jong Un is in full control of his nation. But a recent change to the way he’s being formally described in the North Korean Constitution may allow him even more diplomatic leverage as he steps with increasing confidence onto the world stage for negotiations over his powerful weapons program.

Despite a flurry of unprecedented summits between Kim and the world powers that surround him, the outcome of that crucial diplomacy is very much in question amid currently deadlocked nuclear disarmament talks and an outburst of North Korean weapons tests in recent weeks.

North Korea on Friday said that its rubber-stamp parliament will hold its second meeting of the year on Aug. 29. It follows weeks of intensified North Korean weapons tests and belligerent statements over U.S.-South Korea military exercises and the slow pace of nuclear negotiations with the United States.

Kim has said he said he would seek a “new way” if Washington doesn’t change its hard-line stance on sanctions relief by the year’s end, though experts doubt he’ll fully abandon diplomacy and give away his hard-won status as a global statesman. 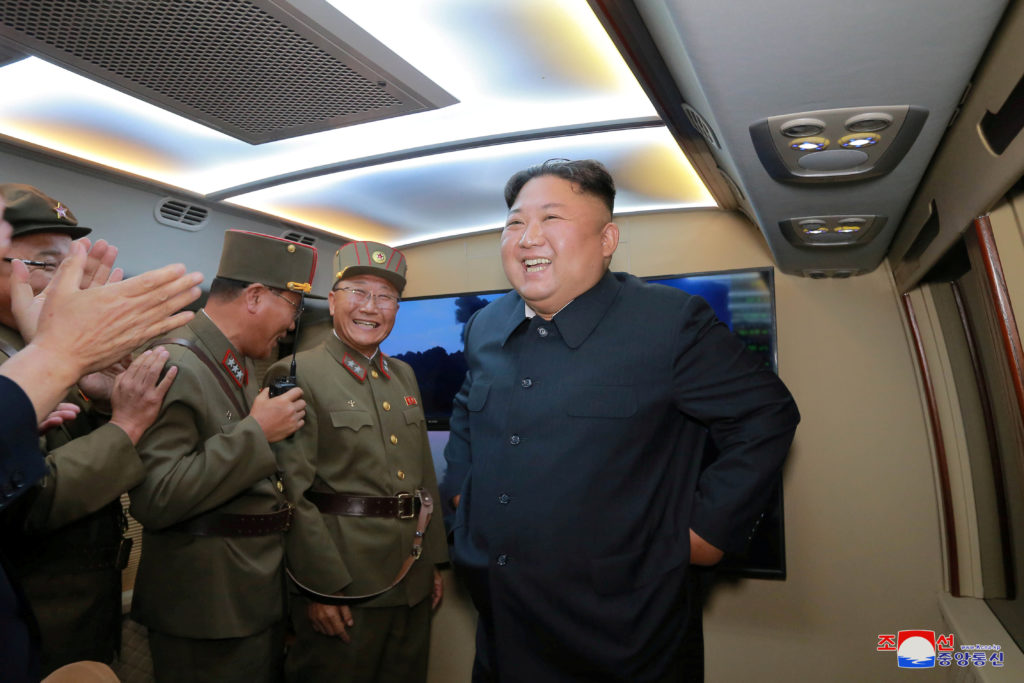 North Korean leader Kim Jong Un smiles as he guides missile testing at an unidentified location in North Korea, in this undated image provided by KCNA on August 7, 2019.

President Donald Trump on Saturday said that Kim wrote him a “beautiful” three-page letter in which he expressed desire to meet once again to “start negotiations” after U.S.-South Korea military exercises end, and also apologized for the flurry of short-range missile tests.

The North’s new constitutional changes, which show Kim’s further consolidation of his already formidable powers, could allow him to act more clearly as a diplomat on the world stage, technically signing a peace treaty with Trump, for instance, or giving speeches at the U.N. General Assembly, analysts say.

The changes, which were only made public recently on the country’s Naenara website, appear linked to an unusual political reality in the North: While Kim Jong Un is the undisputed leader, it is Kim’s grandfather, national founder Kim Il Sung, who is enshrined as North Korea’s eternal president.

Kim has governed from his position as chairman of Pyongyang’s powerful State Affairs Commission, which was established in 2016 to replace his father’s military-based National Defense Commission as the country’s top decision-making institution. 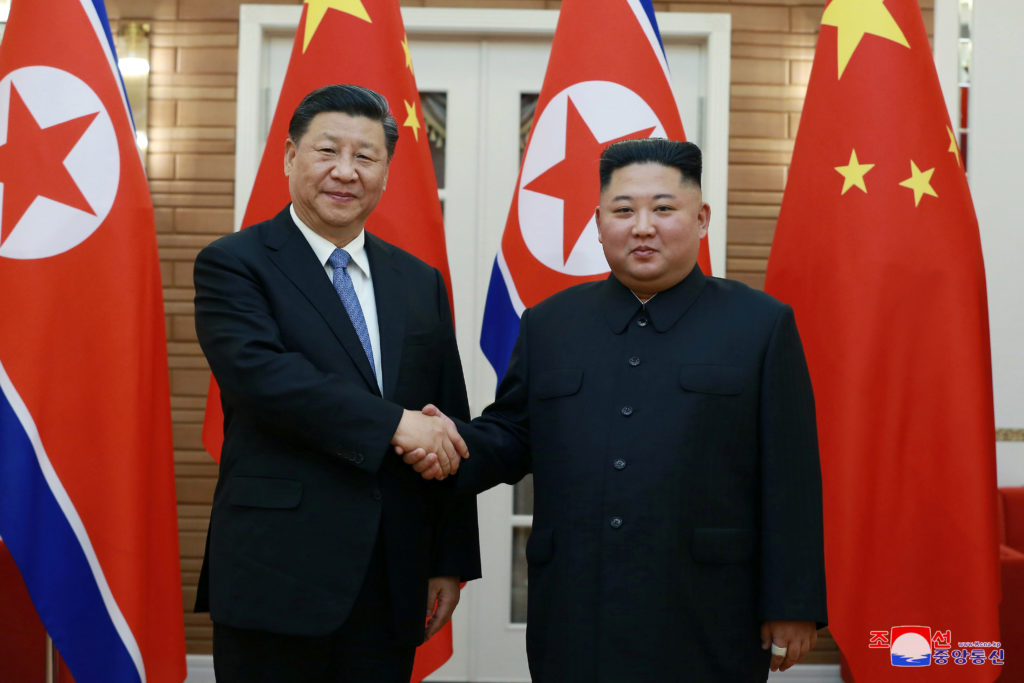 The constitution makes clear that Kim’s role as chairman of the new commission makes him the country’s supreme leader. But it now adds that he also “represents the country.” This signals potential changes from previous decades, analysts say, when it was the president of the presidium of North Korea’s parliament — the Supreme People’s Assembly — who acted as the ceremonial head of state.

“You could argue that the head-of-state business is meant to put Kim on the same plane as Xi, Trump or Putin. It certainly elevates his stature,” said Joshua Pollack, a senior research associate with the Middlebury Institute of International Studies at Monterey, California, referring to Chinese President Xi Jinping and Russian President Vladimir Putin.

Whatever the new changes mean, no one, inside or outside the country, is disputing Kim’s status as the ultimate decision maker, and despite the new constitutional description, he has already been doing high-level diplomatic work on the world stage, releasing statements with Trump and South Korean President Moon Jae-in following those respective summits.

The North’s new constitution is the “Kim Jong Un Constitution,” according to South Korea’s Institute for National Security Strategy, a think tank affiliated with Seoul’s main spy agency. It is clearly designed with Kim’s future role in diplomacy in mind, including negotiations with the U.S. and also potential activities on the U.N. stage, the think tank said. Kim will be handling the important stuff in foreign affairs, while the head of the parliament will be mostly relegated to formalities, such as issuing credential letters to diplomats, it added.

North Korea’s government has yet to weigh in on the change.

“The constitutional revisions reinforce the shift Kim Jong Un has been trying to make away from the ‘military first’ politics of his father’s era, toward a new strategy of prioritizing economic development,” said John Delury, a Korea expert at Seoul’s Yonsei University. It allows Kim to “represent North Korea in the international community.”

Following a flurry of nuclear and missile tests in 2017, including three launches of long-range missiles potentially capable of reaching the U.S. mainland, Kim declared his nuclear arsenal as complete and urged a shift in national focus toward economic growth. But there are doubts whether he’ll ever fully deal away an arsenal he may see as his strongest guarantee of survival.
The new constitution maintains a description of North Korea as an “invincible political and ideological power, a nuclear power and an indomitable military power” and emphasizes Kim’s commitment to economic growth and developing science and technology.

North Korea’s weapons tests in recent weeks have been accompanied by rising frustration over the pace of nuclear talks and continued military exercises between the United States and South Korea, which the North claims are an invasion rehearsal. The series of short-range ballistic launches are seen as measured brinkmanship aimed at pressuring Washington and Seoul and building leverage ahead of negotiations, which could resume sometime after the end of the military drills later this month.

The United States has called for North Korea to commit to completely relinquishing its nuclear and missile program and rejected the North’s demands for sanctions relief in exchange for piecemeal deals toward partially surrendering its nuclear capabilities.