PARIS — With French police suicides on the rise, Paris authorities are investigating yellow vest protesters who encouraged police to kill themselves.

On Saturday, Associated Press reporters heard some protesters in Paris shouting “Kill yourselves!” at police firing tear gas and rubber projectiles and charging the crowd to contain the violence at the 23rd weekend of yellow vest demonstrations. 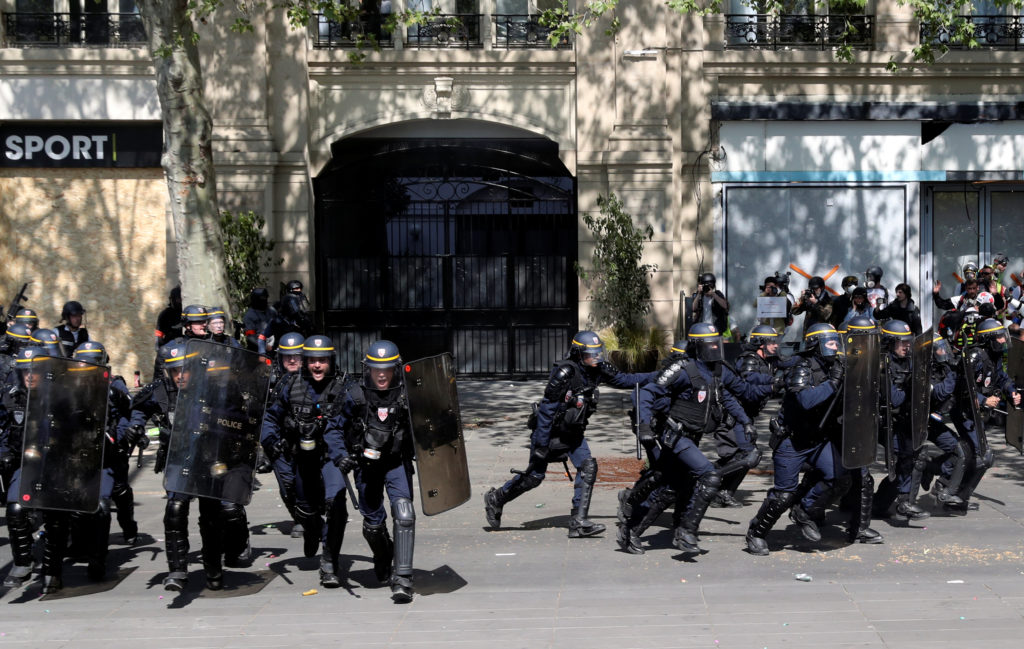 Riot police run during a demonstration on Act XXIII (the 23rd consecutive national protest on Saturday) of the yellow vests movement in Paris, France, April 20, 2019. Photo By Yves Herman/Reuters

Police unions denounced the protesters’ call as an unacceptable insult to the officers who have killed themselves and their suffering families. Interior Minister Christophe Castaner called it a “disgrace” and pledged his support for police and their loved ones, who have been under extra strain as the yellow vest protests have sometimes turned quite violent.

The Paris prosecutor’s office said an investigation was opened Sunday to find those who might be prosecuted for “group offense toward a person exercising public authority.”

Police unions held silent protests Friday after two officers killed themselves last week. Unions say police ranks have seen 28 suicides so far this year, compared to 68 over all of 2018. 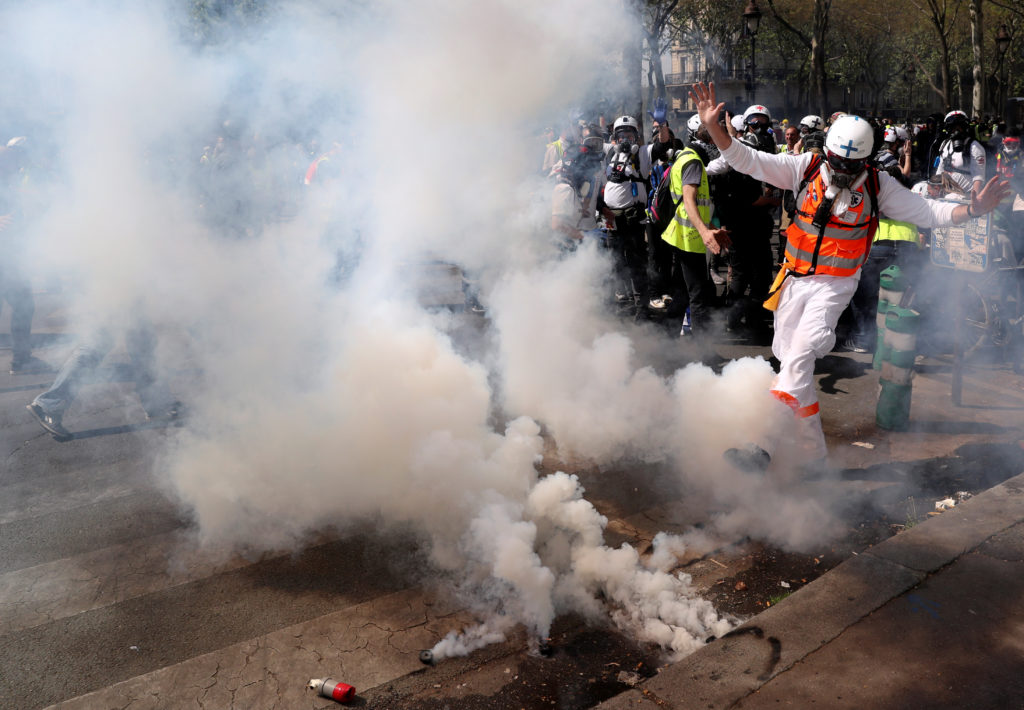 A medic kicks a tear gas canister during a demonstration on Act XXIII (the 23rd consecutive national protest on Saturday) of the yellow vests movement in Paris, France, April 20, 2019. Photo By Yves Herman/Reuters

On another protest topic, the media rights group Reporters Without Borders and France’s National Journalists Union protested Sunday on behalf of journalists who were detained and roughed up by police during Saturday’s clashes.

The yellow vest movement , named after the high-visibility vests all French drivers must carry in their vehicles, started in November against a hike in fuel taxes. It spread to become a broad movement against high taxes and Emmanuel Macron’s pro-business policies, and protesters see themselves as standing up for the poor while Macron is seen as representing the rich. The movement has been marred by protest violence and the extremist views of some yellow vest demonstrators.

Left: Riot police are seen during a demonstration on Act XXIII (the 23rd consecutive national protest on Saturday) of the yellow vests movement in Paris, France, April 20, 2019. Photo By Yves Herman/Reuters

Biden meets with black leaders at local church amid unrest

UN forced to cut aid to Yemen, even as virus increases need