BERLIN — Police and organizers say more than 100,000 people took part in an open-air party celebrating the 30th anniversary of the fall of the Berlin Wall.

Despite the cold and damp, crowds flocked to Berlin’s Brandenburg Gate late Saturday for music and fireworks.

The boulevard leading up to the Brandenburg Gate was covered with a giant rainbow-colored net made of 100,000 streamers, many with messages of love and peace, created by American artist Patrick Shearn. 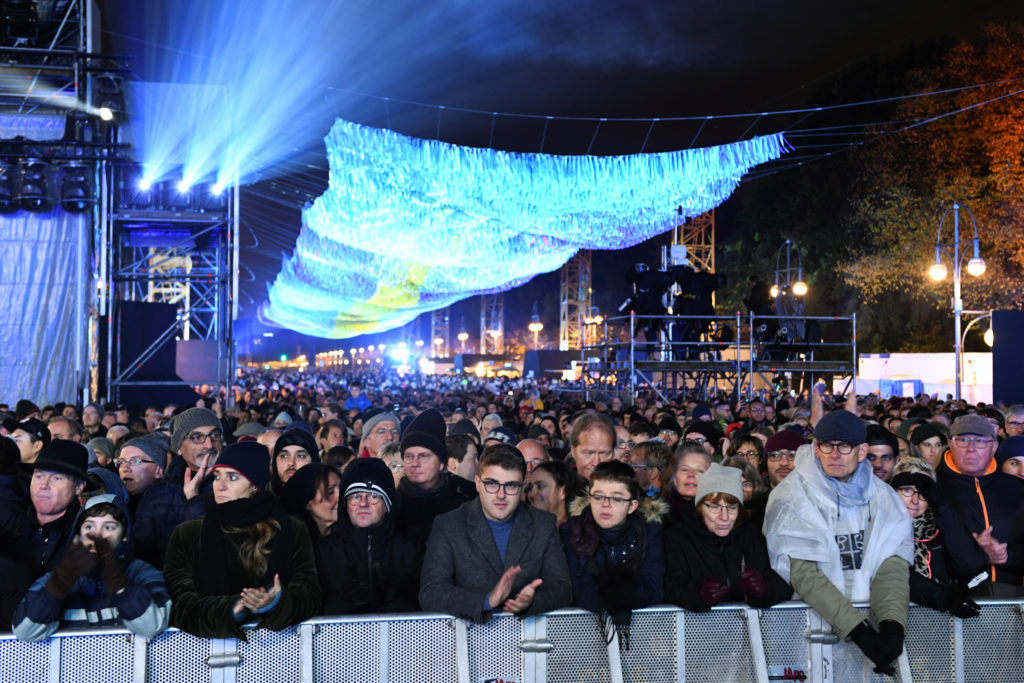 People gather for a ceremony marking the 30th anniversary of the fall of the Berlin Wall at Brandenburg Gate in Berlin, Germany, November 9, 2019. REUTERS/Annegret Hilse/Reuters.

Elsewhere in the city, images and video of the events around the Nov. 9, 1989 fall of the wall were projected onto buildings.

In the once-divided town of Moedlareuth, auto enthusiasts re-enacted the moment when East Germans first cross the border in their modest ‘Trabi’ cars to the cheers of welcoming West Germans.

Left: Fireworks explode over the Quadriga of the Brandenburg Gate during a ceremony marking the 30th anniversary of the fall of the Berlin Wall in Berlin, Germany, November 9, 2019. Photo by Fabrizio Bensch/Reuters.