Photos: Inside the pediatric unit of a Jordan refugee camp

AZRAQ REFUGEE CAMP, JORDAN — As he’s removed by cesarean section from the warm comfort of his mother’s womb, little Ibrahim screams at the departure from his peaceful universe.

Ibrahim’s first cries are met with huge smiles from the Jordanian surgical team that brought him into his new world — a world into which this little bundle of new life, through no fault of his own, is born a refugee. 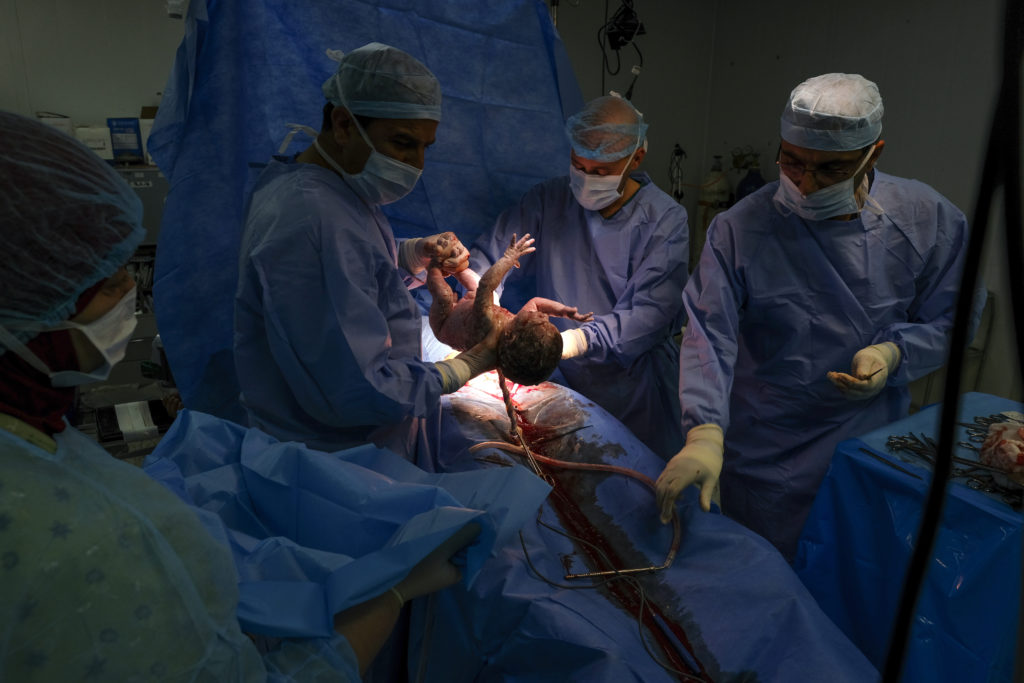 Ibrahim is born at a field hospital in the Azraq refugee camp in northern Jordan. Photo by Sebastian Rich 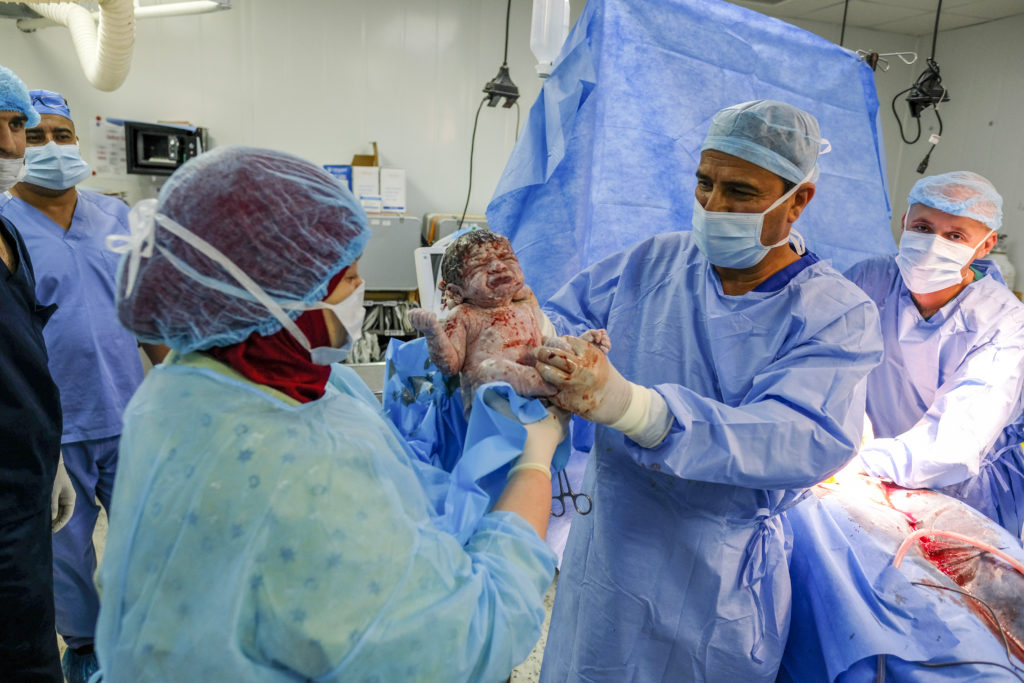 The pediatric unit, which opened at the Azraq refugee camp in Jordan in October 2016, averages six births a day. Photo by Sebastian Rich

I was there when Ibrahim entered the world, on a trip to Jordan with UNICEF to report on Syrian refugees there. The Jordanian surgical team is part of a pediatric unit funded by UNICEF, which opened in October 2016. The clinic is located in Azraq refugee camp, developed and operated by the U.N. refugee agency and Jordanian government. Since it opened, the unit has seen children 37,523 times for a multitude of maladies. Between October 2016 and August 2017, some 1,415 children have been born at the unit, which averages six births a day. 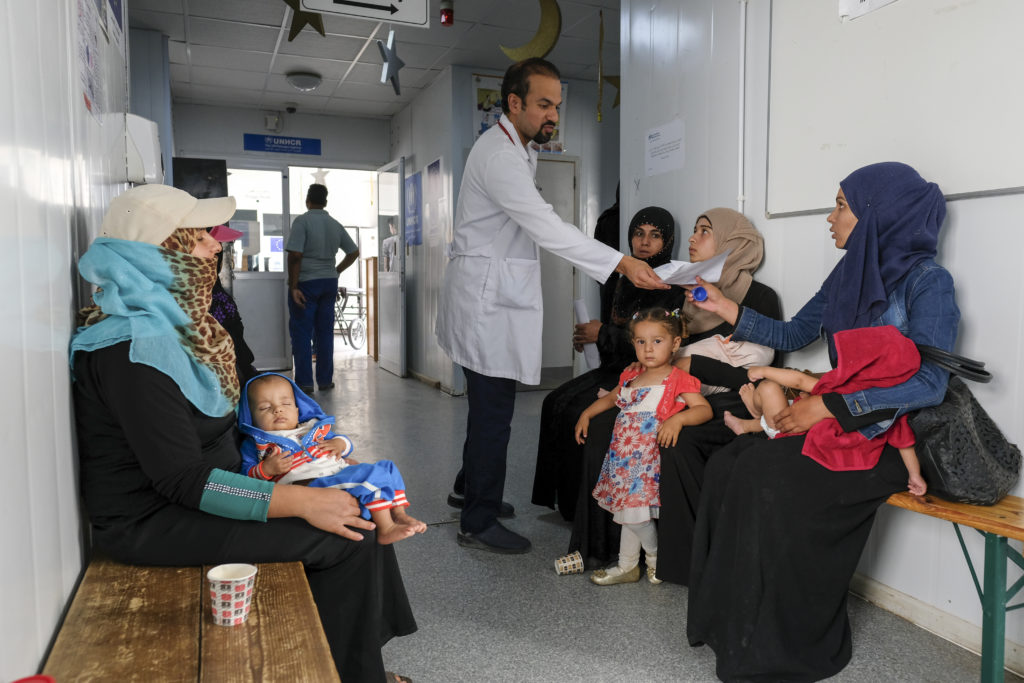 UNICEF has funded a pediatric unit in the Azraq refugee camp in northern Jordan. Photo by Sebastian Rich 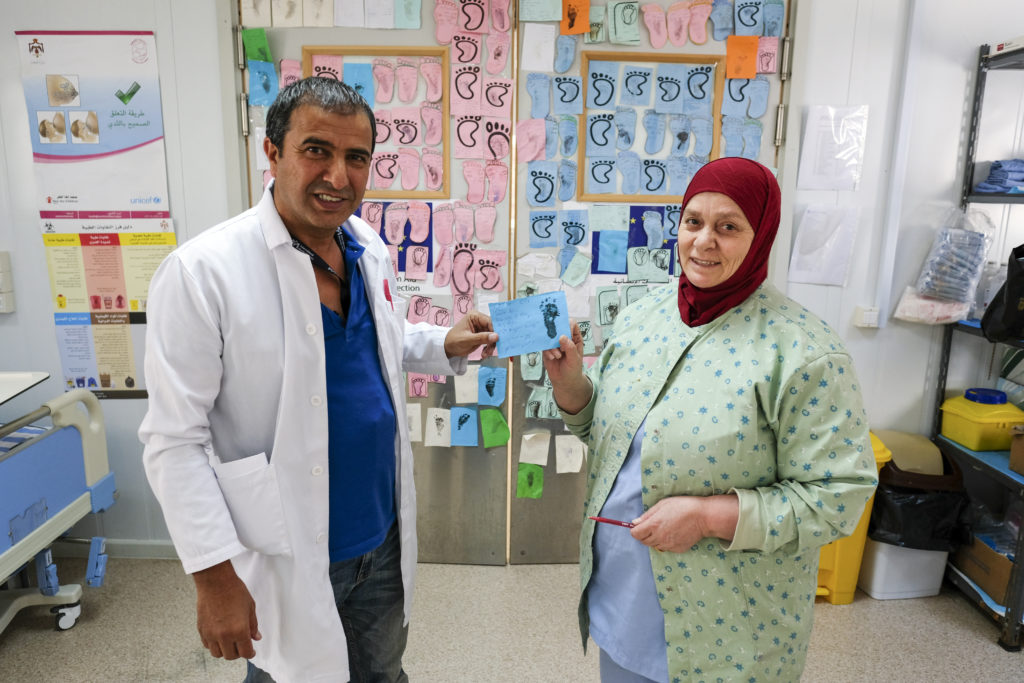 Dr. Hamza al-Amoosh and midwife Layla help women and children in a refugee camp in Jordan. Photo by Sebastian Rich

“I get more satisfaction working as a humanitarian doctor than I would in the private sector. I could become financially more secure in the private sector but I am happier here helping those who need it most,” says Dr. Hamza al-Amoosh, a Jordanian doctor specializing in obstetrics who bought Ibrahim into the world.

The Syrian refugee women, who arrive at the clinics to either give birth or get pre- or post-birth checkups, also bring with them the strain of their journey to the camp in northern Jordan. In many cases, they also bring severe post-traumatic stress disorder (PTSD). Many of these women are alone, their husbands or entire families killed in the war. 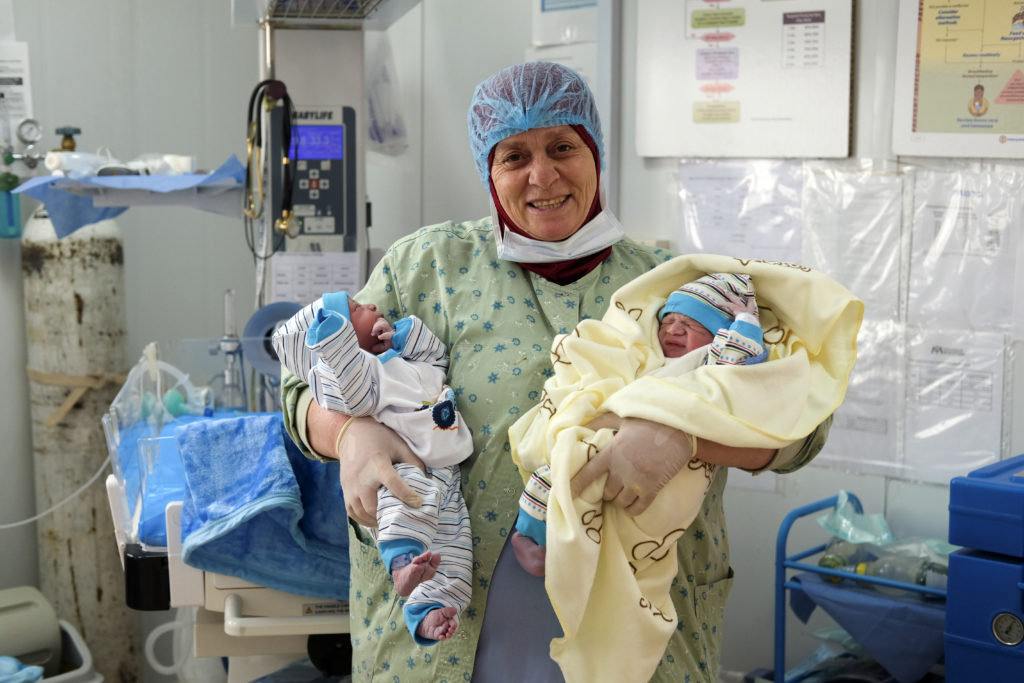 These women are greeted by al-Amoosh and Layla, a midwife with sparkling warm and friendly eyes. Layla is a retired colonel in the Jordanian Army. She says she has devoted “the rest of my life to help these women who need so much help.” In her long career, Layla has delivered thousands of babies, “but there is always one that stays with you in your memories, always.”

“A 16-year-old Syrian girl arrived here alone at the hospital in advanced stages of labor. While she was in labor, she found out that her mother, who was back in Syria, had just been killed by a bomb hitting her house. It was so very sad and we both cried so much together. But the girl’s little baby boy was born so healthy and in between our tears, there were smiles and happiness.” 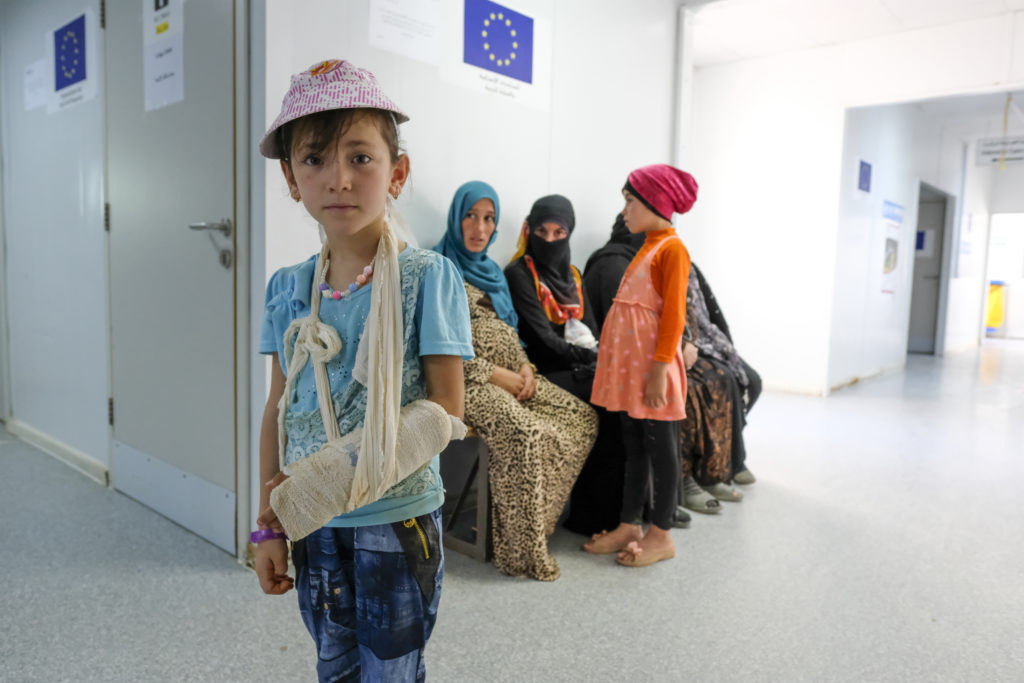 Thamar, 6, broke her arm while climbing over rocks. Photo by Sebastian Rich

Kids will be kids, and in the middle of the miracle of life, 6-year-old Thamar has come into the clinic clutching a broken arm. She broke her arm for the second time while climbing on a pile of rocks in the refugee camp.

But the biggest hazard for children in the camp is Hepatitis A. There are 35,065 refugees in Azraq camp. There is only one toilet for every six shelters. Depending on the size of the family in each shelter, this could be as many as 30 to 40 individuals.

But in this camp where sadness is the default, al-Amoosh, Layla and their staff have created a little oasis of happiness for these women and their children. 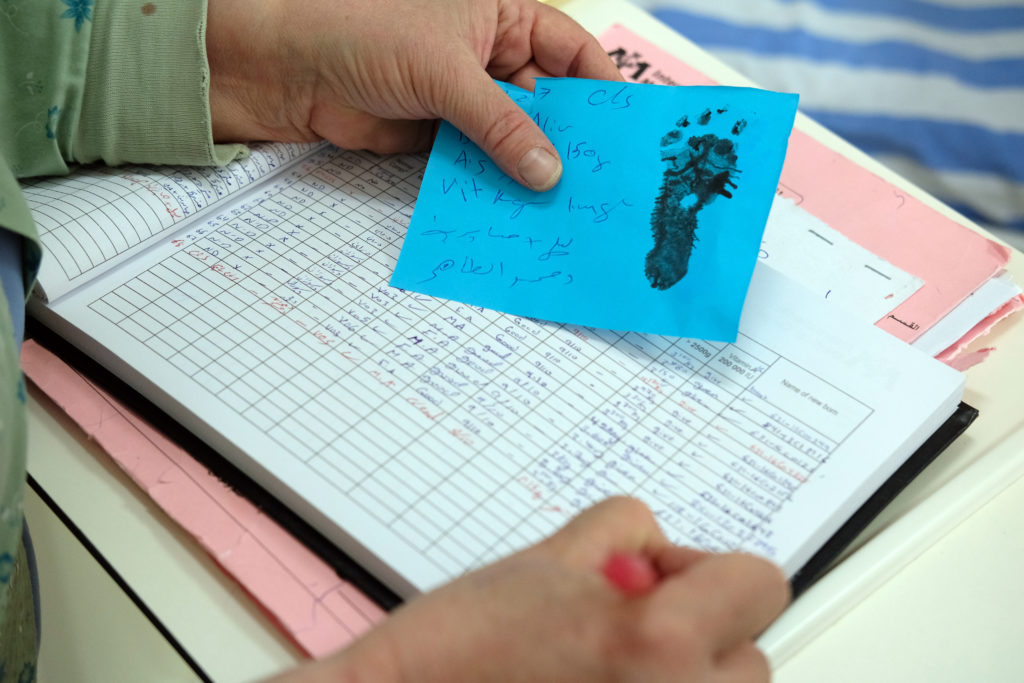 The registration of Ibrahim in a UNICEF-funded hospital in the UNHCR-operated Azraq Syrian refugee camp in Jordan. Photo by Sebastian Rich

Left: Baby Fatima is seen at the UNICEF-funded hospital at the Azraq Syrian refugee camp in Jordan. Photo by Sebastian Rich.