You asked: Are Syrian children getting the help they need?

With bombs dropping around them among the stresses of six years of war, Syria’s children are hurting on the inside.

“Children grow up fast, but children in conflict grow up even faster,” said Rolla H., head of the Gaziantep office of Syria Relief, using just her last name’s initial to protect her family and herself. “They live in an adult’s world.”

A report released earlier this month from Save the Children and its partner organizations, including Syria Relief, describe the ways constant worry is manifesting in children. 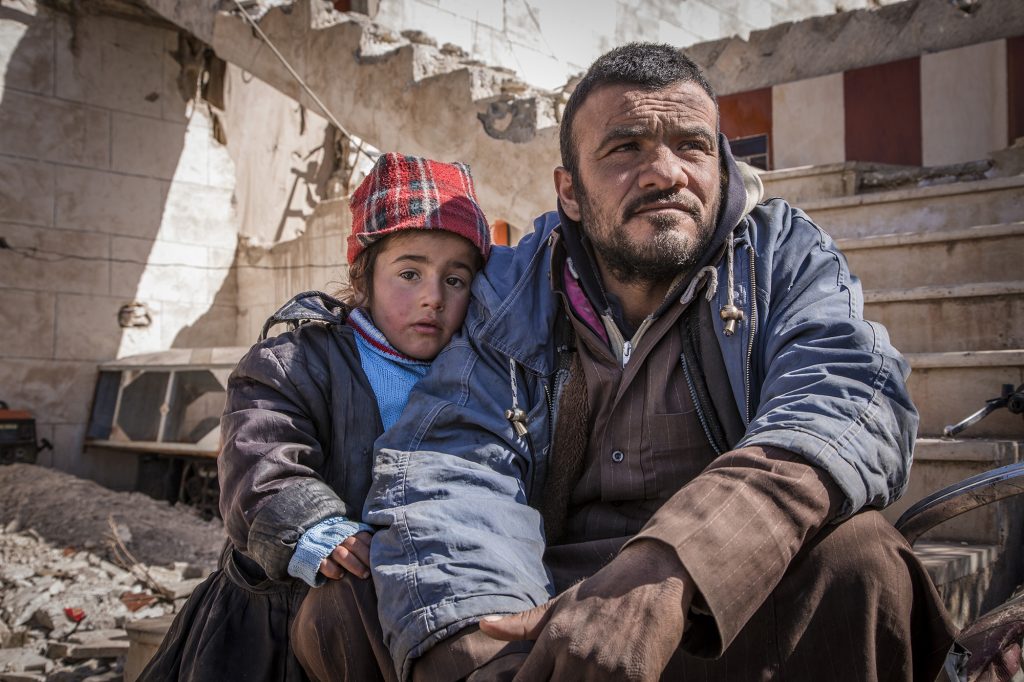 A girl sits with her father at an abandoned gas station in in the Raqqa Governorate of Syria. About 6 million children in Syria are affected by war, according to aid groups. Photo by Jonathan Hyams for Save the Children

Children there face unusual upheaval — multiple moves as they go from home to refugee camps, along with hunger, lack of medicine and education — and they start behaving differently, such as bedwetting and refusing to talk.

Some youth show up in child-friendly designated areas set up by aid groups, and will only talk to their dolls. “They won’t let others even look at their dolls. They’re very protective of them,” said Rolla H.

Through activities with facilitators, such as art classes, intended to help them express their distress, the children gradually learn to relax and draw houses and blue skies, rather than tanks and bomb-dropping planes. 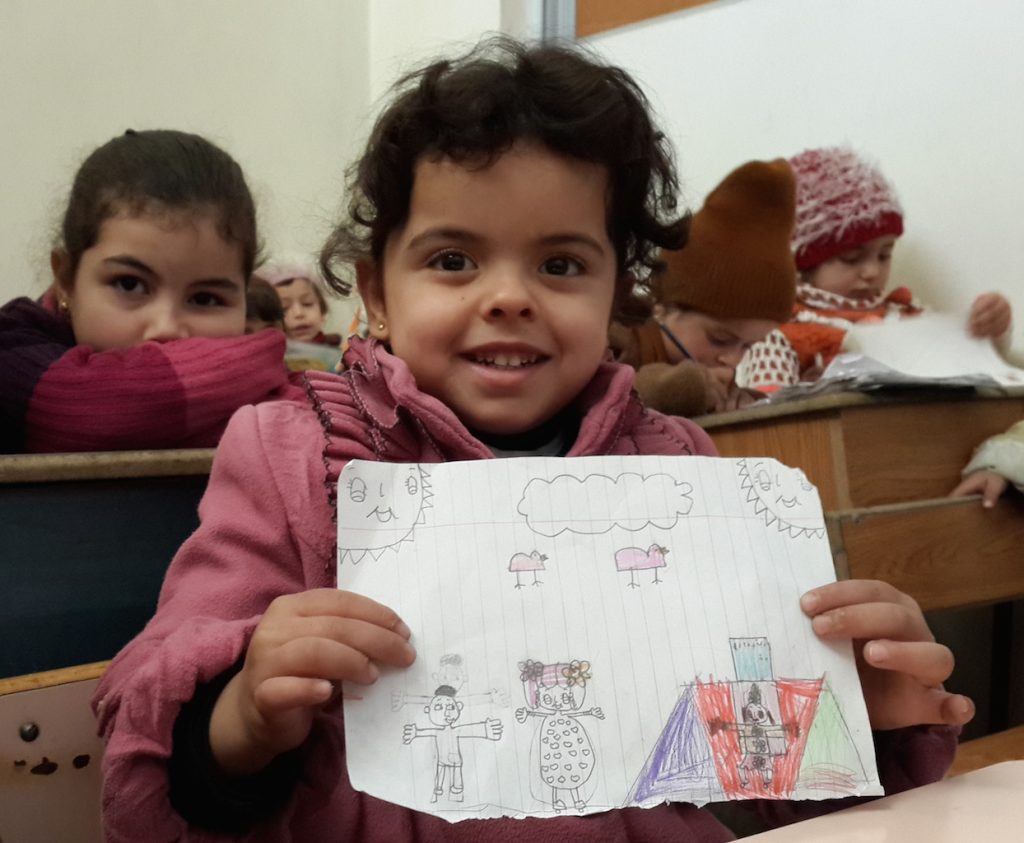 Prescription drugs and psychiatrists are scarce in Syria, said Sonia Khush, Save the Children’s Syria director. “We’ve tried to do trainings with general practitioners and other medical doctors to give them some of the specialized care skills.” But the doctors were overwhelmed with running their clinics, and dealing with injuries and diseases, so they couldn’t take on the specialized psychiatric interventions, she said.

So at least the designated activity areas and makeshift classrooms provide a safe place to go. But “what they really need is for the bombs to stop falling,” Khush said.

We asked for your questions in the comments section of this story and via Twitter. Khush answered them in the video above.

Left: Video: Sonia Khush, Save the Children's Syria director, answered your questions about children’s mental health in war-torn Syria, during her recent visit to Washington, D.C.