LA PAZ, Bolivia — Police guards outside the presidential palace in Bolivia left their posts on Saturday, increasing pressure on President Evo Morales as he tries to curb nationwide unrest after a disputed election.

Growing dissension in police ranks poses a new threat to Morales, who claimed victory after the Oct. 20 vote but has since faced protests in which three people have been killed and hundreds injured.

Morales faces “the most complicated moment” in his 14 years in power and the situation could deteriorate, said Jorge Dulón, a political analyst at the Catholic University of Bolivia in La Paz.

The Organization of American States is conducting an audit of the election count. Findings are expected Monday or Tuesday. The opposition, which has alleged vote-rigging, says it will not accept the results because they were not consulted about the audit plan. 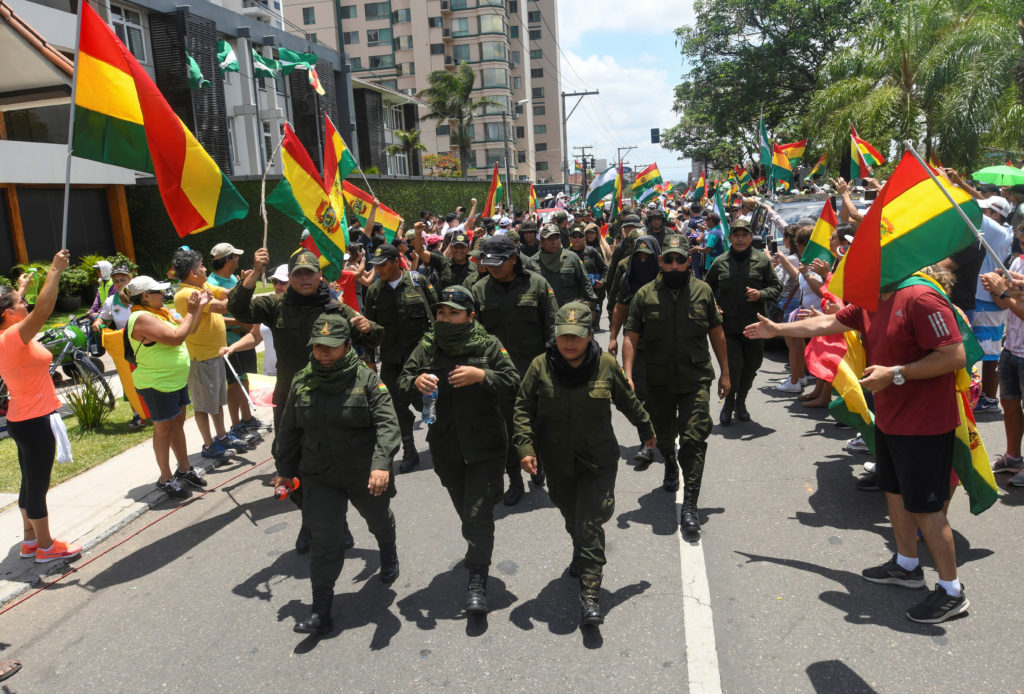 Police units in some cities started protesting on Friday, marching in the streets in uniform as anti-government protesters cheered them from the sidewalks.

“We’ll never confront the people among whom we live, we guarantee peaceful co-existence,” he said. “This is a political problem and it should be resolved within that realm.”

A list of demands of dissident police include better working conditions, the resignation of their commander and guarantees that they won’t be used as a political “instrument of any government.”

The spectacle of police abandoning their positions outside the presidential palace was an ominous development for Morales.

The president was not in the palace at the time. Officials there were evacuated, leaving only a military presidential guard. Protesters moved peacefully to the doors of the compound, and later left the area.

Morales later gave a news conference at a military airport in which he appealed to Bolivia’s political factions to hold talks.

“I have nothing to negotiate with Evo Morales, who has lost all grip on reality,” Mesa said.

While appealing for dialogue, Morales has also accused his opponents of trying to overthrow Bolivia’s rightful government.

After the Oct. 20 vote, the country’s first indigenous president declared himself the outright winner even before official results indicated he obtained just enough support to avoid a runoff with Mesa.

But a 24-hour lapse in releasing vote results raised suspicions among opposition supporters that there had been fraud.

Morales had previously refused to accept the results of a referendum upholding term limits for the president.

The country’s constitutional court later ruled that term limits violated his right to run for office, and the electoral court accepted his candidacy for a fourth term.