Amid tight security, Pope Francis arrived on Sunday in the Central African Republic, a country uprooted by an ongoing civil war.

At least 100 people have been killed since September in new rounds of fighting, Reuters reported.

Security was bolstered in CAR’s capital city of Bangui, as Pope Francis was greeted by thousands of supporters. 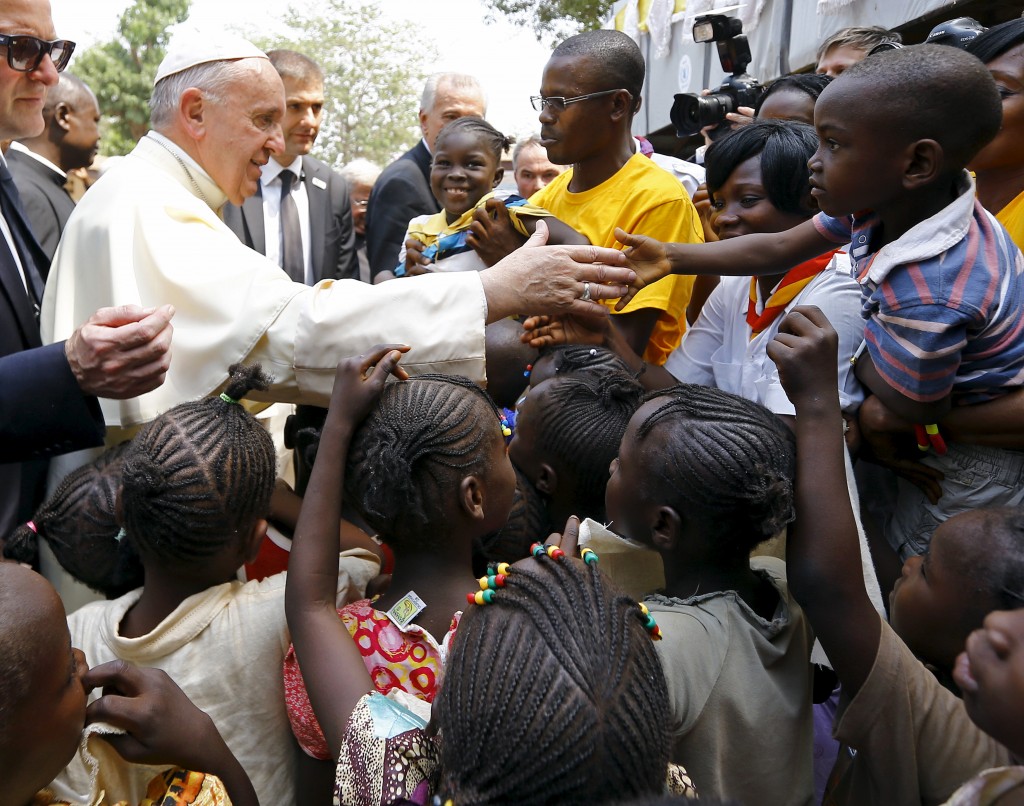 Pope Francis shakes hands with children as he visits the refugee camp of Saint Sauveur in the capital Bangui, Central African Republic on Sunday. Photo by Stefano Rellandin/Reuters

Combat helicopters flew overhead and personnel carriers with soldiers from the U.N. waited nearby.

According to Reuters, security forces with yellow and white colors of the Vatican flag were also on hand. 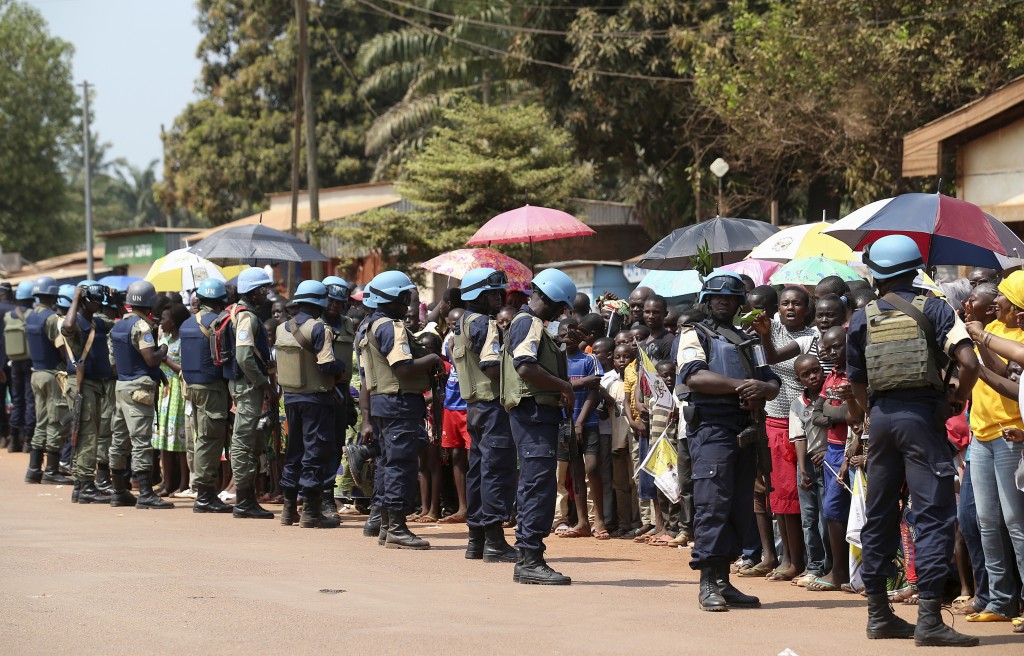 In his first visit to a war zone and the third stop on a three-country tour which included Kenya and Uganda, the pontiff called on both sides of the religious line to seek peace.

“The love of our enemies protects us from the temptation to seek revenge and from the spiral of endless retaliation,” he said to a crowd amassed during a church service in Bangui. 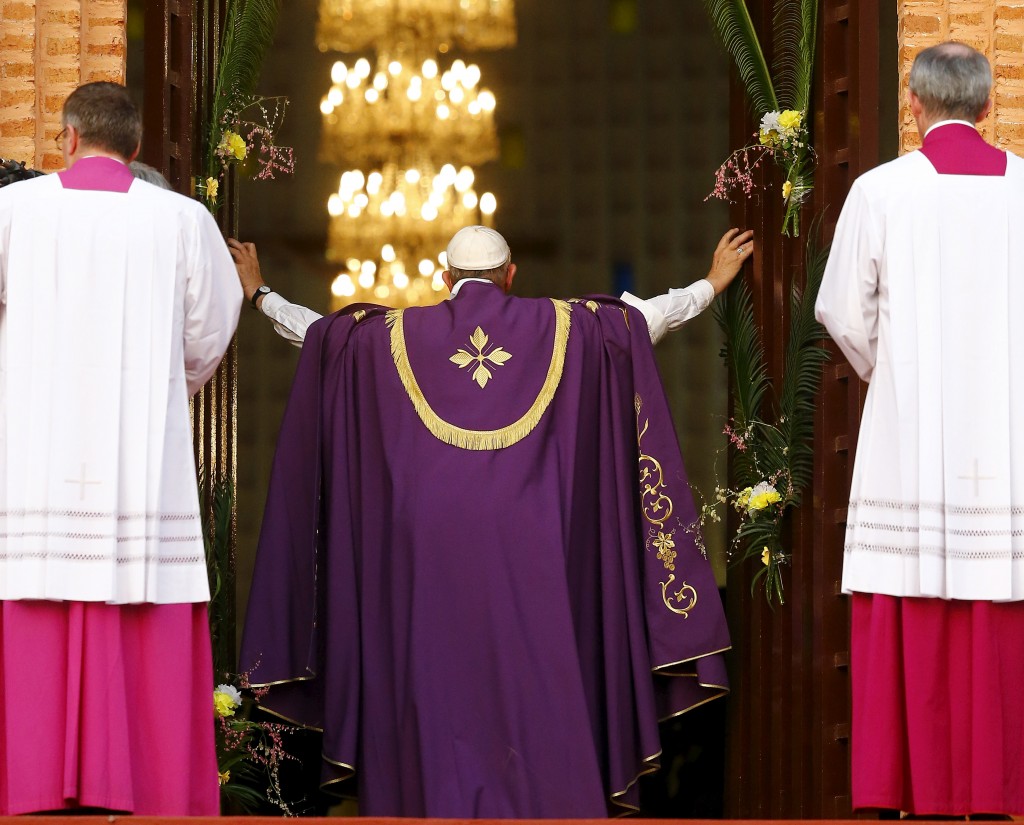 Pope Francis opens the Holy Door at the Cathedral of Bangui, where he later urged Christians and Muslims to end a civil war. Photo by Stefano Rellandini/Reuters

Pope Francis also stopped at a hospital and a refugee camp on Sunday, and plans to visit a mosque on Monday before departing to Rome, The Wall Street Journal reported.

About 70,000 people have been displaced by the conflict.

Left: Internally displaced women greet Pope Francis on the grounds of the Saint Sauveur church, during his visit in the capital Bangui, Central African Republic, November 29, 2015. Photo by Anthony Fouchard/Reuters