Prosecutor: Paris terror suspect planned to blow himself up at stadium

A suspect in the Paris attacks who was captured Friday by Belgian authorities after a months-long manhunt had planned to blow himself up at a stadium on Nov. 13 of last year but changed his mind, according to one French prosecutor.

Prosecutor Francois Molins said Saturday that Salah Abdeslam told police he “wanted to blow himself up at the Stade de France and that he had backed down.”

Sven Mary, Abdeslam’s attorney, said her client remains immobilized and is recovering from a gunshot wound to his leg, which occurred as Belgian authorities closed in on him Friday.

The prosecutor’s claim came as Abdeslam, a 26-year-old French citizen, was questioned Saturday by Belgian police.

Abdeslam lawyer’s said her client would fight extradition to France.

Abdeslam and another individual were charged Friday with “participation in terrorist murder” for their alleged roles in the assaults that killed 130 people in Paris in November last year.

Abdeslam was considered a prime suspect in the terror attacks that hit Paris last fall, but managed to evade the authorities for more than four months, before investigators stumbled onto a lead that helped facilitate his apprehension in Brussels.

He is now being detained at a high-security prison in the Belgian city of Bruges, Reuters reports.

“He is cooperating with Belgian justice,” Mary said. 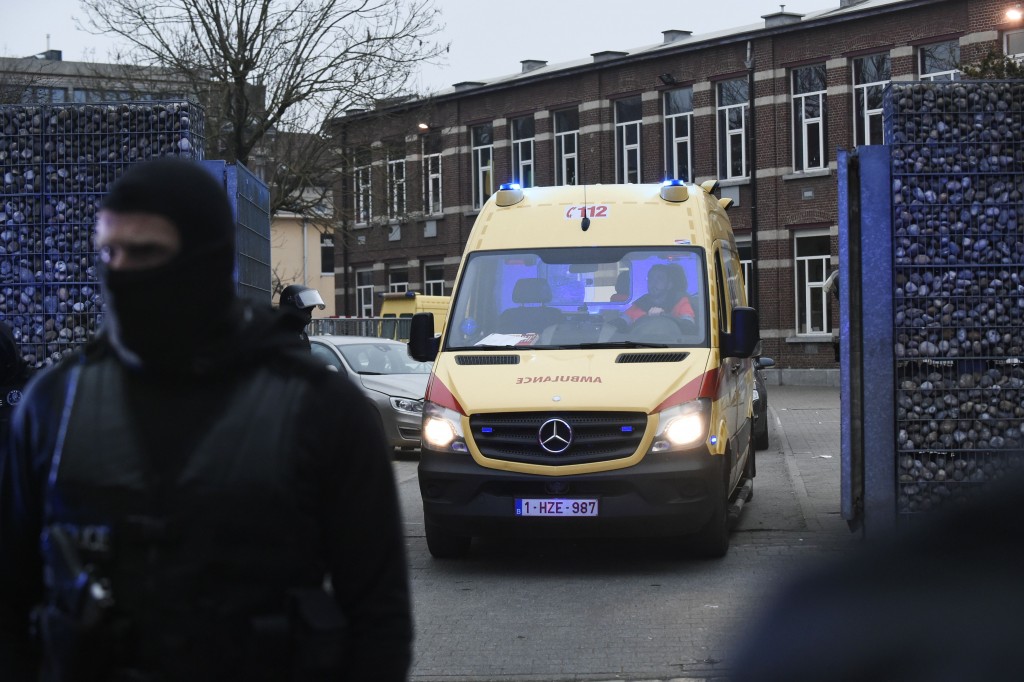 Belgian policemen stand guard while an ambulance leaves during a police action in the Molenbeek-Saint-Jean district in Brussels, on March 18, 2016. A police operation was underway on March 18, in the Brussels area home to key Paris attacks suspect Salah Abdeslam whose fingerprints were found in an apartment raided this week, the federal prosecutor’s office said. John Thys/AFP/Getty Images

Molins said Abdeslam was a key figure in the planning the Paris attacks, which involved multiple logistical ventures across Europe, including transporting others who were involved in the assault.

The prosecutor also said it could be several months before Abdeslam was transferred to French custody, where he is likely to face additional charges.

“His first statements, that we must take with precaution, leave unanswered a series of questions on which Abdeslam will have to explain, in particular, his presence in the 18th district of Paris on Nov. 13,” Molins said.