After an overnight sit-in, thousands of protesters who broke through the blast walls of Baghdad’s fortified international government center ended their demonstration on Sunday because of the anniversary of an Islamic leader’s martyrdom.

Followers of resistance leader Shiite cleric Muqtada al-Sadr said they were disbanding so Iraqi security forces could protect those commemorating the revered Imam Moussa al-Kadhim, according the Associated Press.

As part of a mourning ritual, thousands of foreign pilgrims walk across Iraq to a shrine of the seventh of 12 Shiite Imams in Baghdad.

“We decided to end it,” Sadiq al-Hashemi, a representative of al-Sadr’s office in Baghdad who was present at the protests, told the AP. 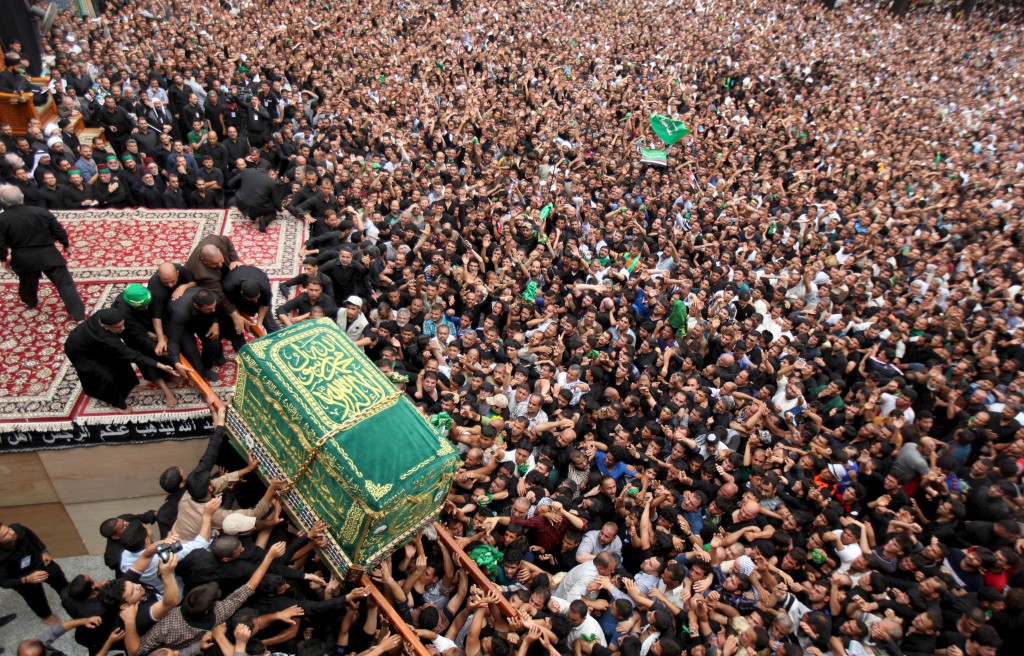 Demonstrators broke into Baghdad’s Green Zone on Saturday because they want to reform the political system that was put in place following the U.S.-led invasion in 2003. And political unrest has been exacerbated by plummeting oil prices that add to economic instability and the country’s struggle to fight an insurgent Islamic State.

Months of protests had escalated after news that members of parliament were postponing a vote for a cabinet reshuffle. 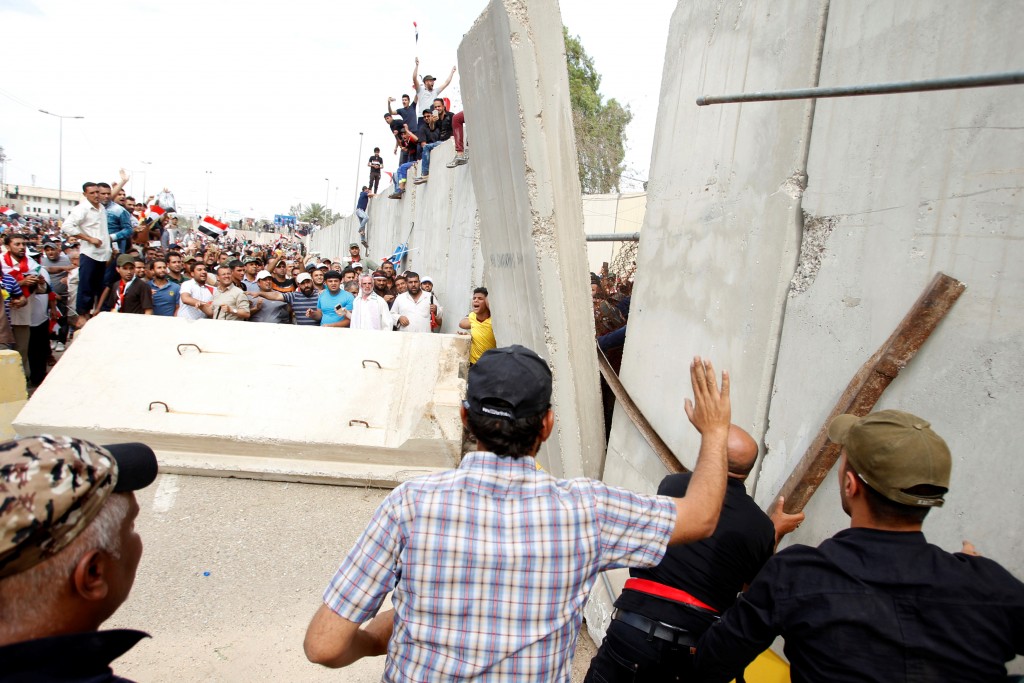 People had left parliament by nightfall on Saturday, but demonstrators continued a sit-in within the Green Zone overnight.

“We are fed up, we are living a humiliated life,” Rasool Hassan, a 37-year old father of three told the AP from inside the Green Zone on Sunday.

Prime Minister Haider al-Abadi has also called for the arrest and prosecution of people who damaged government property and assaulted security forces.

Followers of Iraq’s Shi’ite cleric Moqtada al-Sadr are seen in the parliament building as they storm Baghdad’s Green Zone after lawmakers failed to convene for a vote on overhauling the government, in Iraq on April 30, 2016. Photo by Ahmed Saad/Reuters

Earlier on Sunday, two car bombs in the city of  Samawah about 230 miles south of the capital killed 31 people.

Two parked cars filled with explosives detonated near an open-air bus station and government offices less than a half mile from each other, the AP reported.

While it remained unclear Sunday whether the Islamic State was responsible, the extremists had claimed two other bombings on Saturday that killed at least 21 people east of Baghdad in a Shiite-dominated marketplace.

A United Nations report released Sunday said at least 741 Iraqis – 410 civilians and 301 members of security forces – were killed in April due to the ongoing violence.

“Terrorists have used suicide attacks to target cafés, places of worship, pilgrims and markets in a wicked, unrelenting campaign to cause maximum casualties and inflict untold suffering on the population,” U.N. envoy Jan Kubis said in a statement. “It pains us to see the continuing bloodletting and loss of life, particularly among civilians who are paying a high price as a result of bombings and the armed clashes.”