NEW YORK — From the streets of Manila to a school in East London, people around the world marked International Women’s Day on Sunday with calls to end exploitation and increase equality.

But tensions marred some celebrations, with police arresting demonstrators at a rally in Kyrgyzstan and separatists detonating a bomb during a ceremony in Cameroon. No one was hurt in the attack.

“In many different ways or forms, women are being exploited and taken advantage of,” Arlene Brosas, the representative of a Filipino advocacy group said during a rally that drew hundreds to the area near the presidential palace. Protesters called for higher pay and job security, and demanded that President Rodrigo Duterte respect women’s rights.

In Pakistan, women rallied in cities across the country, despite petitions filed in court seeking to stop them. The opposition was stirred in part by controversy over a slogan used in last year’s march: “My Body, My Choice.” 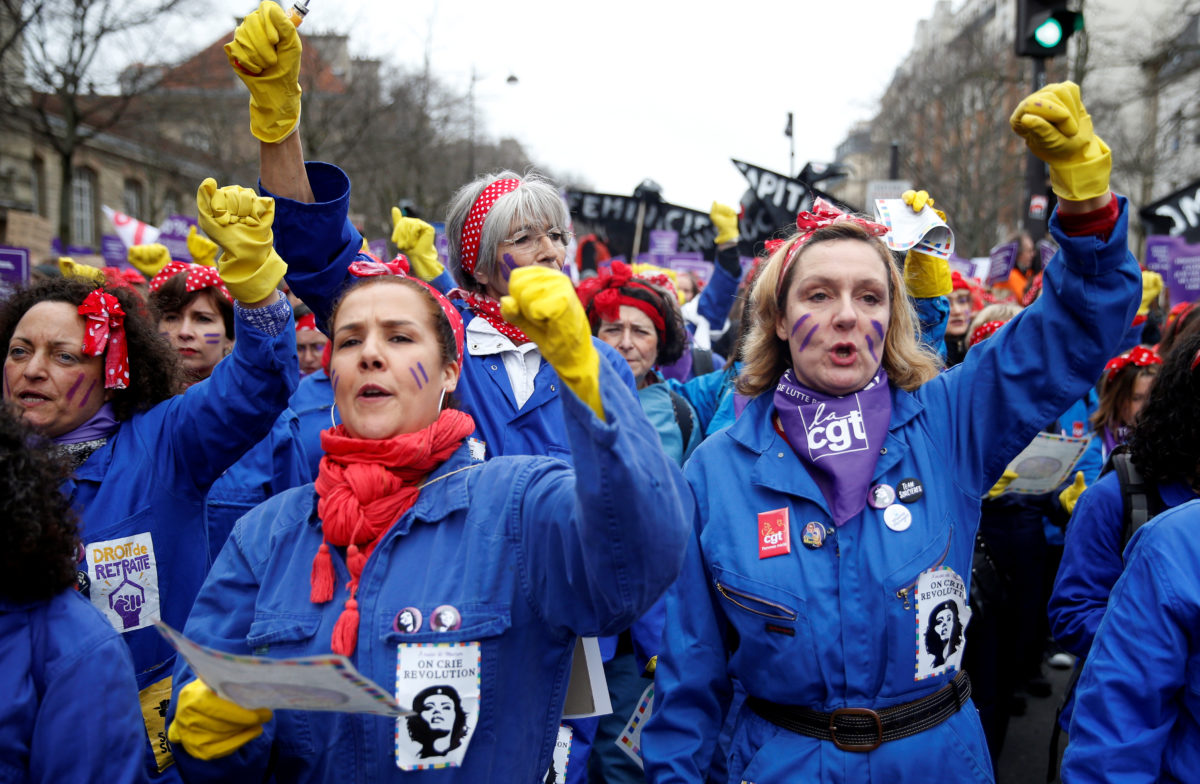 Some conservative groups had threatened to stop this year’s marches by force. But Pakistani officials pledged to protest the marchers. The rallies are notable in a conservative country where women often do not feel safe in public places because of open harassment. The main Islamic political party, Jamaat-e-Islami, organized its own rallies to counter the march.

One of the largest demonstrations occurred in Chile, where crowds thousands flooded the streets of the capital with dancing, music and angry demands for gender equality and an end to violence against women.

“They kill us, they rape us and nobody does anything,” some chanted.

National police estimated 125,000 took part in the capital and nearly 35,000 in other cities, but organizers said the crowds were far larger.

Many demanded that a proposed new constitution strengthen rights for women and thousands wore green scarves in a show of support for activists in neighboring Argentina, which is considering a proposal to legalize elective abortion. 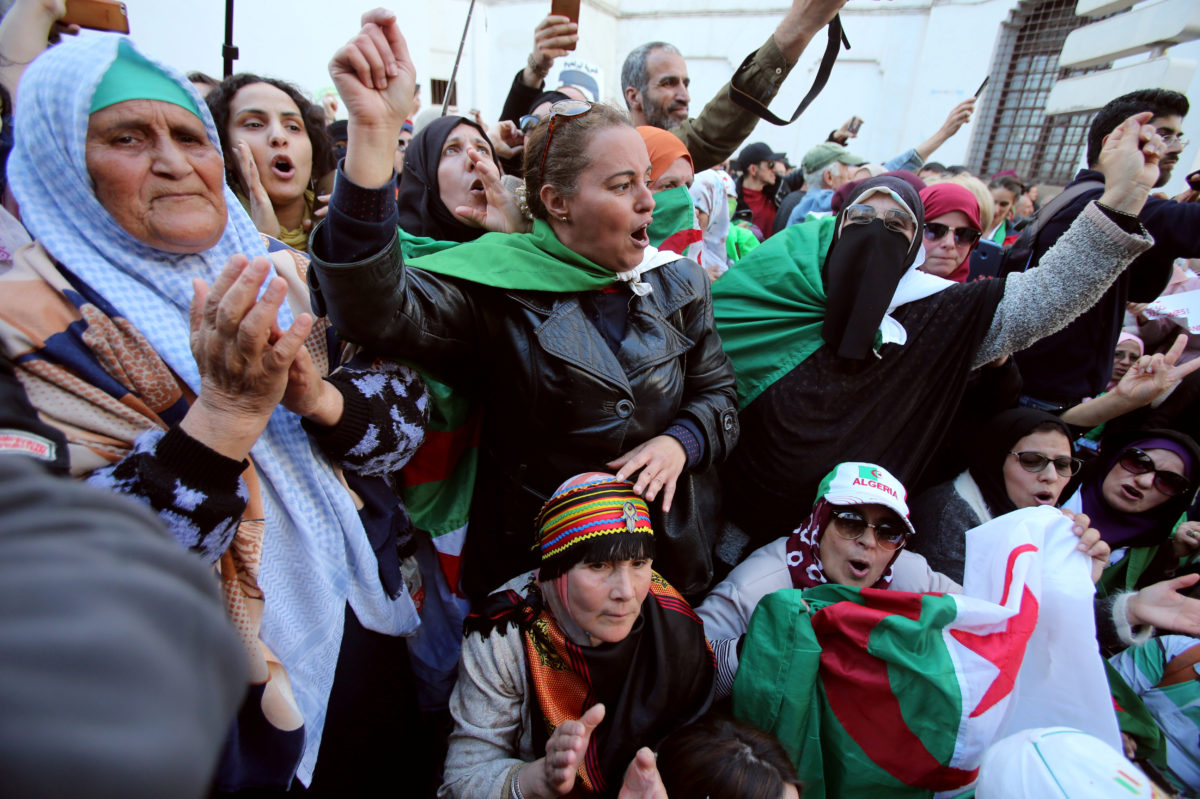 Thousands of women also marched in Madrid and other Spanish cities, despite concern over the spread of the new coronavirus.

A massive banner reading, “With rights, without barriers. Feminists without frontiers” in Spanish was carried at the front of the march in the capital.

Spanish health authorities said did not put any restrictions on the march, but recommended that anyone with symptoms similar to those of the coronavirus stay home.

At a school in East London, meanwhile, the duchess of Sussex, Meghan Markle, joined students in listening to speeches about women labor activists, and urged both girls and boys to respect the contributions of women every day of the year.

“For young men … you have your mothers, sisters, girlfriends, friends in your life — protect them. Make sure they are feeling valued and safe,” she told the students.

But safety was in short supply at some events to mark the day.

The detonation of explosives triggered panic at a ceremony in Bamenda, an English-speaking town in the northwest of Cameroon. Suspicions focused on separatists who had vowed to disrupt the events. No one was killed or wounded.

Police in Bishek, the capital city of Kyrgyzstan, detained about 60 people after a group of unidentified men broke up what authorities called an unauthorized rally.

Demonstrators had gathered in the city’s main square to express support for women’s and children’s rights. But unidentified men barged into the gathering. Police said people from both sides were detained, but news reports said they were primarily women. They were released several hours later, after about 10 had been charged with resisting police, the Akipress news agency reported, citing an attorney.