U.S. troop levels are to drop to 8,600 from about 13,000 in the four to five months following Saturday’s signing. The withdrawal of all remaining forces, within 14 months, will depend on the Taliban meeting certain counter-terrorism conditions, compliance that will be assessed by the United States. 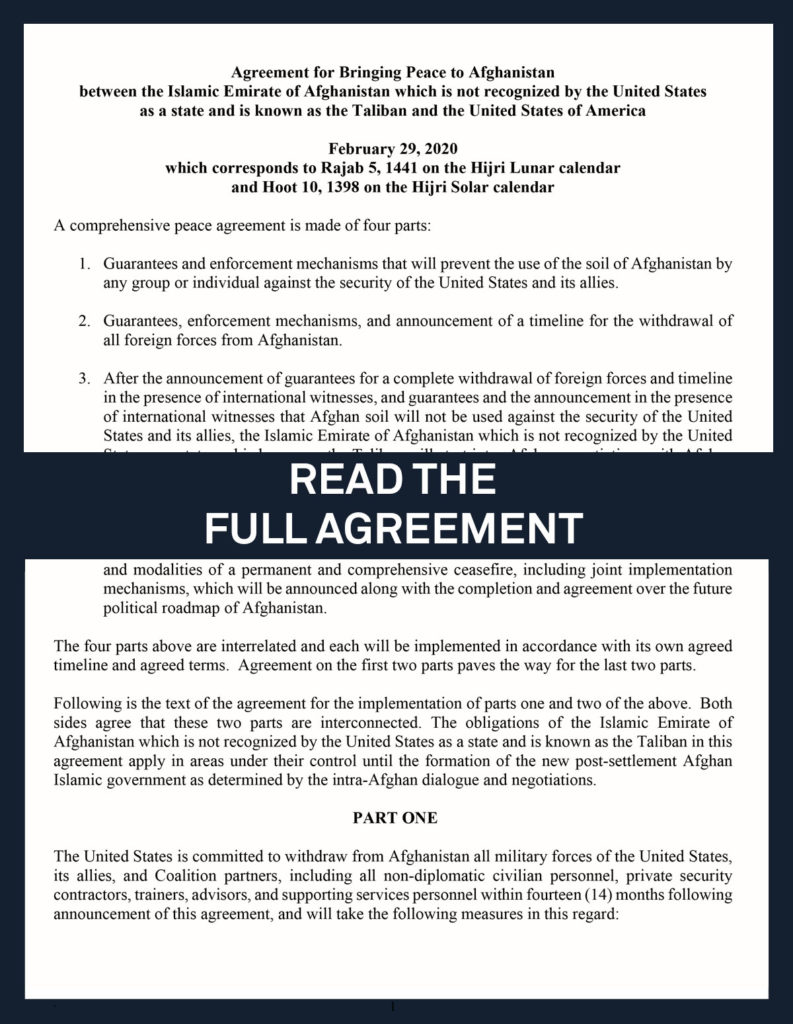 Left: Mullah Abdul Ghani Baradar, the leader of the Taliban delegation, and Zalmay Khalilzad, U.S. envoy for peace in Afghanistan, shake hands after signing an agreement at a ceremony between members of Afghanistan's Taliban and the U.S. in Doha, Qatar February 29, 2020. Photo by Ibraheem al Omari/Reuters