One of southern India’s most popular tourist spots set an international precedent this week while also laying bare South Asia’s convoluted history with gender politics by giving 23 jobs on its new metro system to transgender people.

The crew will start working at the metro’s ticket counters and on housekeeping teams in the city of Kochi, a palm tree-laden beach town on the southwest coast of tropical Kerala, by the end of this month, according to the Guardian. 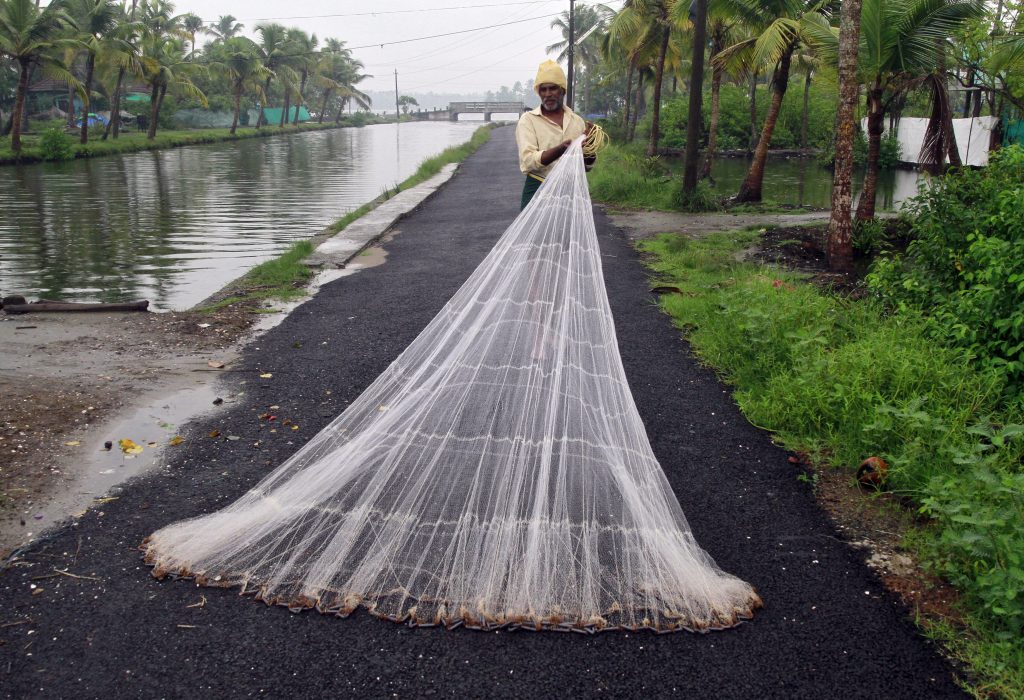 A fisherman arranges his fishing net along a road as it drizzles on the outskirts of the southern Indian city of Kochi on June 12, 2014. Photo by Sivaram V/Reuters

“We want to bring them into the mainstream by ensuring that people interact with them every day – on their way to work, for example,” Rashmi CR, spokeswoman for Kochi Metro Rail, told the Guardian.

But this marks a minor change in one of the world’s most populous countries and the history of transgender people who live there.

In India, feminine transgender people are often referred to as hijras, a word that has taken on a spectrum of meanings since hijras were written into sacred Hindu text as deities with fertility powers, dancing and singing in bright saris and jewelry thousands of years ago.

Often seen as eunuchs or intersex in those scripts, their gender fluidity was integral to India’s pre-colonial culture of open sexuality which is still seen in sculptures, paintings and other art throughout the country.

The British redefined hijras as disfigured and disgusting when they came to power, passing a sweeping law that categorized them as criminals that could be arrested on the spot.

Some retained those cultural roots and still offer blessings to newlyweds and newborns, but their social status deteriorated and they were shoved to the gutters of society.

Pakistan, Bangladesh and India in the past five years have tried to reintegrate them by creating a third legal gender and giving them special considerations in jobs and welfare, but the implementation has been messy.

Initially, government officials in Bangladesh reached back in history to a more monolithic definition of a hijra — eunuch or intersex — requiring people to “prove” their status through physical examinations to benefit from the new laws.

In 2015, the Ministry of Social Welfare accused 12 hijras of fraud after they applied for positions there and received a mandatory physical examinations, claiming the hijras were “really men.”

People more familiar with their history see the term now as one that includes people who are transfeminine. But generations of discrimination continue to haunt the community. They are most often seen in big cities when they are asking people in rickshaws or on the streets for money.

People such as Dr. Manabi Bandopadhyay, a principal at a West Bengal college and Vincy, who will work at the ticket counter in Kochi, are trying to change that.

“I hope it will be in all the newspapers and on TV channels and other companies will take notice of it and start hiring trans people,” she told the Guardian.

Left: Hijras dance to the beat of a traditional Indian drum in the remote northern Indian town of Rath, 300 km (185 miles) south of Lucknow, on June 23, 2001. Photo by Reuters