BAGHDAD — Amnesty International said Sunday that Iraq’s crackdown on anti-government protests has descended into a “bloodbath.”

At least 319 protesters have been killed so far by security forces since the unrest began last month, according to the latest figures from the Iraqi Human Rights Commission released Sunday.

The widening security crackdown reflects government intransigence and narrowing options for protesters who have been on the streets of Baghdad and the mainly Shiite south’s cities for weeks. Authorities shut down internet access and blocked social media sites several times amid the demonstrations. 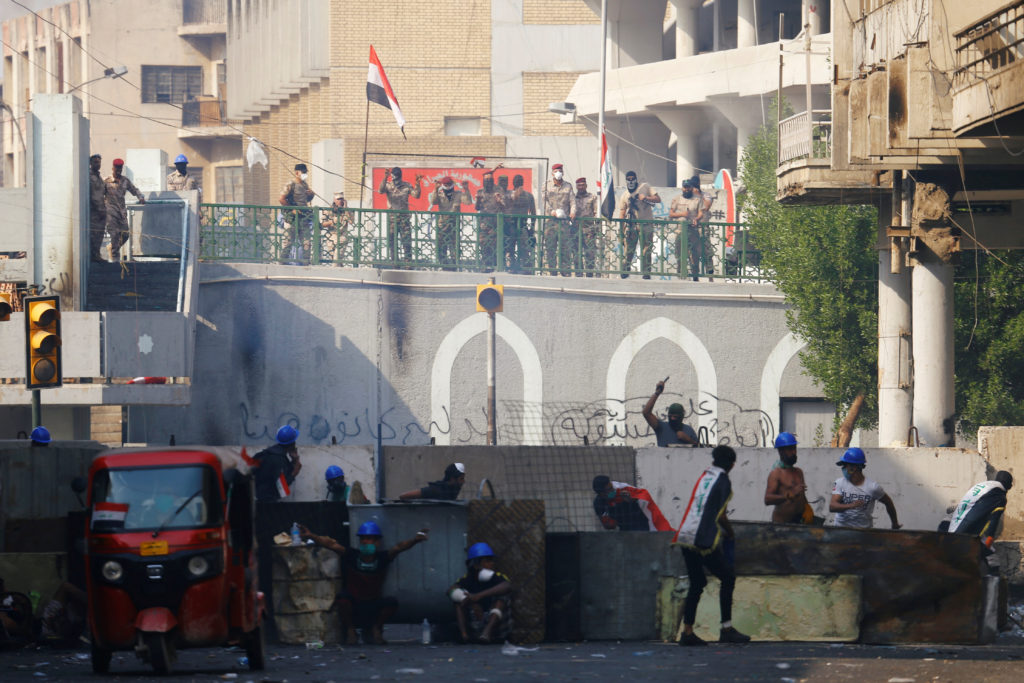 The leaderless, economically driven protests are targeting Iraq’s entire political class and calling for the overhaul of the sectarian system established after the 2003 U.S.-led invasion.

“The government of Iraq has a duty to protect its people’s right to life, as well as to gather and express their views. This bloodbath must stop now, and those responsible for it must be brought to justice,” said Heba Morayef, Amnesty International’s Middle East and North Africa Director.

“All government promises of reforms or investigations ring hollow while security forces continue to shoot and kill protesters,” she said.

The protesters’ most immediate demand is for the resignation of Prime Minister Adel Abdul-Mahdi’s government. He’s held the post for just over a year, and is refusing to step down. 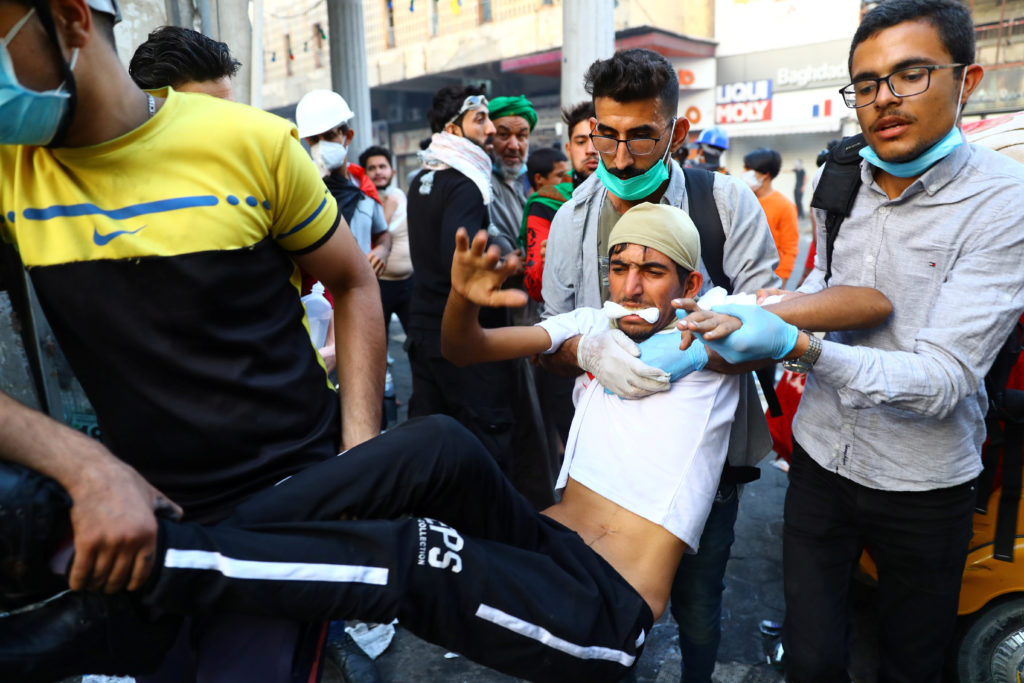 Iraqi demonstrators carry away a wounded fellow during during the ongoing anti-government protests in Baghdad, Iraq November 9, 2019. Photo by Ahmed Jadallah/Reuters.

On Sunday, security forces closed roads near the Khilani Square with one-meter high concrete barriers, trying to block protesters from reaching Baghdad’s landmark Tahrir Square, the epicenter of the protests, and the Sanak bridge.

At least 19 protesters were wounded when security forces used tear gas to repel them, according to police and hospital sources.

In the southern city of Nasiriyah, security and medical officials said 31 people were injured in confrontations outside the education directorate as security forces tear-gassed protesters trying to block employees from reaching the building in the city center. Among those wounded were two school students, the officials said, speaking on condition of anonymity in line with regulations.

On Saturday, five protesters were shot dead by live ammunition, while the sixth was killed by a direct hit to the head from a tear gas cannister, medical and security forces said.

The protesters were pushed back from the three bridges spanning the Tigris River toward the heavily fortified Green Zone, the seat of government. Protesters have tried to force their way across on an almost daily basis.

The deaths occurred as the protests intensified in the afternoon when demonstrators tried to get back to the bridges. The officials spoke on condition of anonymity in line with regulations.

The demonstrators complain of widespread corruption, lack of job opportunities and poor basic services, including regular power cuts, despite Iraq’s vast oil reserves. They have rejected government proposals for limited economic reforms, and instead called on the country’s political leadership to resign, including Adel Abdul-Mahdi.

“We consider the peaceful protests of our people as among the most important events since 2003,” Abdul-Mahdi said in a statement Saturday that vowed to meet the protesters’ demands for wide-ranging reforms. He added that electoral reforms would be put forward soon along with “an important government reshuffle” in response to the protests against the sectarian system imposed in 2003, though the statement didn’t provide further details.

Abdul-Mahdi reiterated an earlier order forbidding security forces to use excessive violence, such as live rounds, against peaceful protesters in a meeting with President Barham Salah and Parliament Speaker Mohammed Halbousi on Sunday.

Left: A member of Iraqi security forces points his gun towards the demonstrators during the ongoing anti-government protests in Baghdad, Iraq November 10, 2019. Photo by Alaa al-Marjani/Reuters.