Robot chef coming to a kitchen near you in 2017

An automated kitchen that will create up to 2,000 meals from scratch is slated to go on the market in 2017.

One caveat: the robot cannot taste the food. 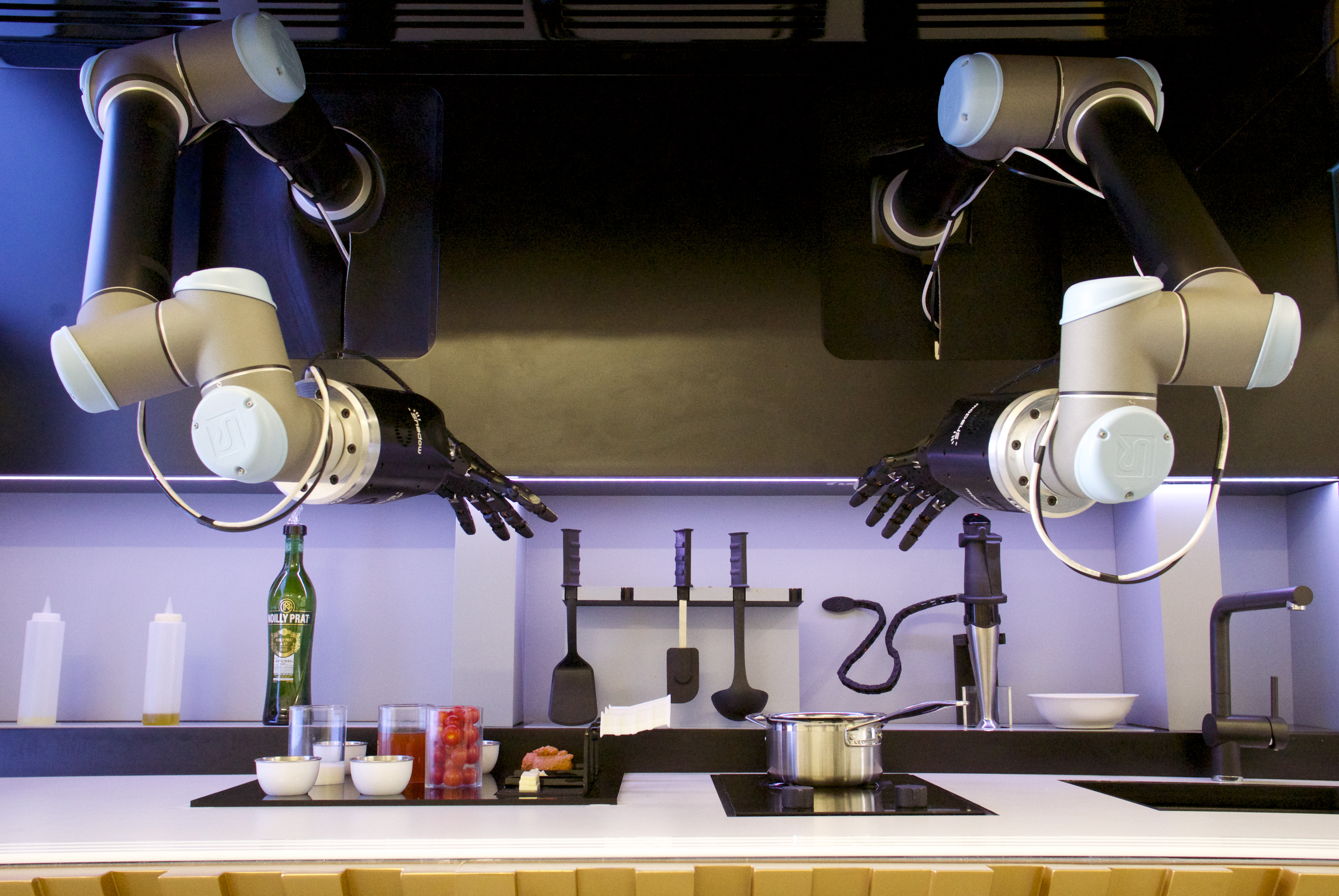 Earlier this week, attendees at the Hannover Messe industrial robotics trade show in Germany sampled crab bisque they had watched the chef prototype known as Moley (pronounced Molly) whip up with its robotic arms.

“Because the robot uses my movements, uses human movements, it is actually surprisingly graceful and it cooks as a human would,” 2011 BBC “Master Chef” winner Tim Anderson said at the fair. “It’s not robotic in any way even though it is a robot.”

Over several months, Anderson helped Moley Robotics bring the robotic chef to life by wearing special gloves that took 3-D recordings of his movements in preparing his recipe for crab bisque.

Those movements were then converted into algorithms by teams from Shadow Robot Company and the University of Stamford, as well as SSSUP in Pisa, Italy. The algorithms were programmed into the robotic hands made by Shadow Robot, which has been developing the hands over the past 18 years.

It took a total of two years and the efforts of various international companies to develop the robotic kitchen, which was the brainchild of Mark Oleynik, a scientist, engineer and founder of Moley Robotics.

The company hopes to retail the automated kitchen for $15,000, excluding the cost of recipes, which consumers will purchase a-la carte.

What do you think? Would you want a robotic kitchen if you had the option? Sound off in the comments below.