Navalny is in a coma in a hospital in Siberia after falling ill from a suspected poisoning. His spokeswoman said Navalny felt unwell on a flight to Moscow and the plane made an emergency landing.

Kira Yarmysh said Navalny lost consciousness and must have consumed poison in tea he drank before boarding his flight. Russia’s state news agency Tass reported the politician is in grave condition.

He is the most prominent member of Russia’s opposition and has set up a network of campaign offices across Russia to put forward opposition candidates in regional elections, challenging members of Russia’s ruling party.

If true, he wouldn’t be the first prominent, outspoken Russian to be the target of toxic attack. Here are some other people who’ve criticized the Kremlin and then fallen victim to suspected poisonings: 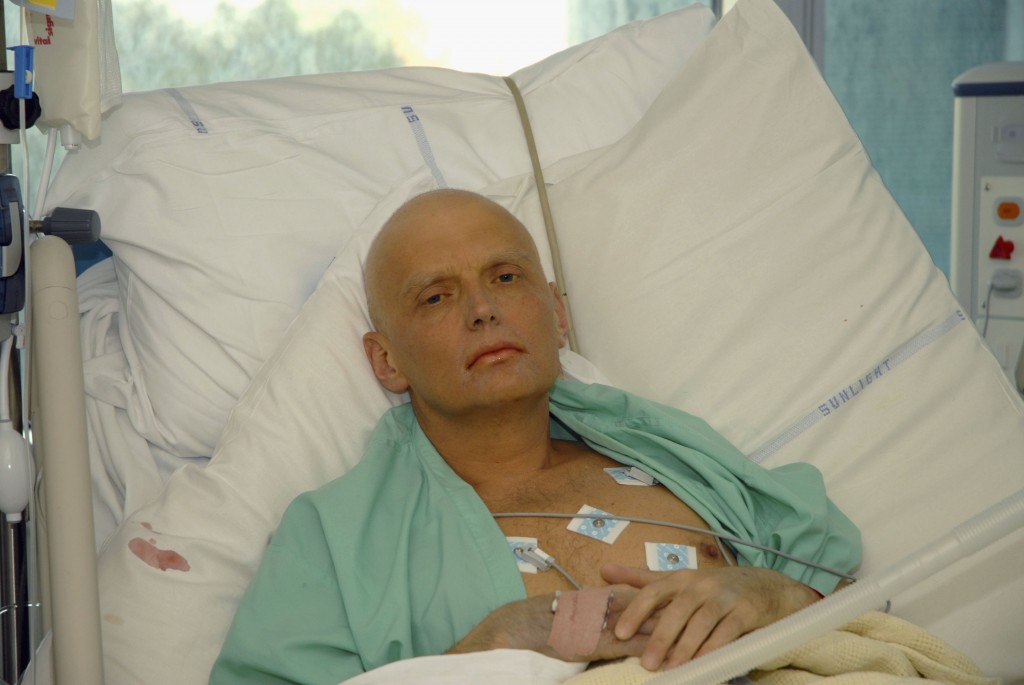 FILE PHOTO In this image made available on Nov. 25, 2006, Alexander Litvinenko is pictured at the Intensive Care Unit of University College Hospital on Nov. 20, 2006 in London. The 43-year-old former KGB spy died on Nov. 23, 2006, from the presence of the radioactive polonium-210 in his body. Photo by Natasja Weitsz/Getty Images

A former agent for the KGB and post-Soviet successor agency FSB, Col. Alexander Litvinenko defected from Russia in 2000 and fled to London, where he fell violently ill six years later after drinking tea laced with radioactive polonium-210.

Before his death, Litvinenko told journalists that the FSB was still operating a secret Moscow poisons laboratory dating from the Soviet era. He was one of several former Russian intelligence officers to accuse Moscow of being behind the dioxin poisoning of Ukrainian President Viktor Yushchenko during his 2004 election campaign.

At the time of Litvinenko’s poisoning, he had been investigating the killing of Russian journalist Anna Politkovskaya three weeks earlier. 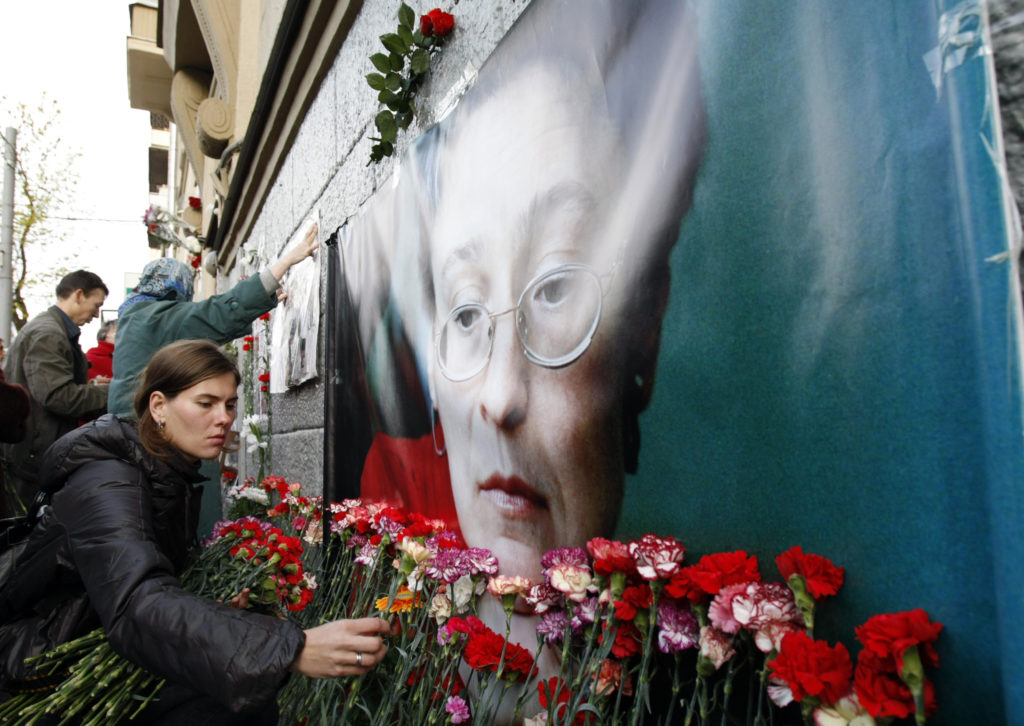 FILE PHOTO: People lay flowers at a portrait of killed journalist Anna Politkovskaya, at her block of flats in central Moscow, October 7, 2009. Three years after the murder of Politkovskaya, her family voiced doubts on Tuesday about the guilt of two men accused of a role in her killing and the Kremlin’s will to catch the main suspects. REUTERS/Denis Sinyakov (RUSSIA CRIME LAW CONFLICT POLITICS)

An investigative journalist, Politkovskaya had written critically about abuses by Russian and pro-Moscow Chechen forces fighting separatists in Chechnya – work that earned her repeated death threats.

In 2004, she fell severely ill and lost consciousness after drinking a cup of tea. She said she was deliberately poisoned to prevent her from covering the 2004 seizure of a school in southern Russia by Islamic separatists.

Two years later, Politkovskaya was shot to death outside her Moscow apartment building, a slaying that drew widespread condemnation in the West. Five men were sentenced for carrying out the killing but no one was convicted for ordering it. 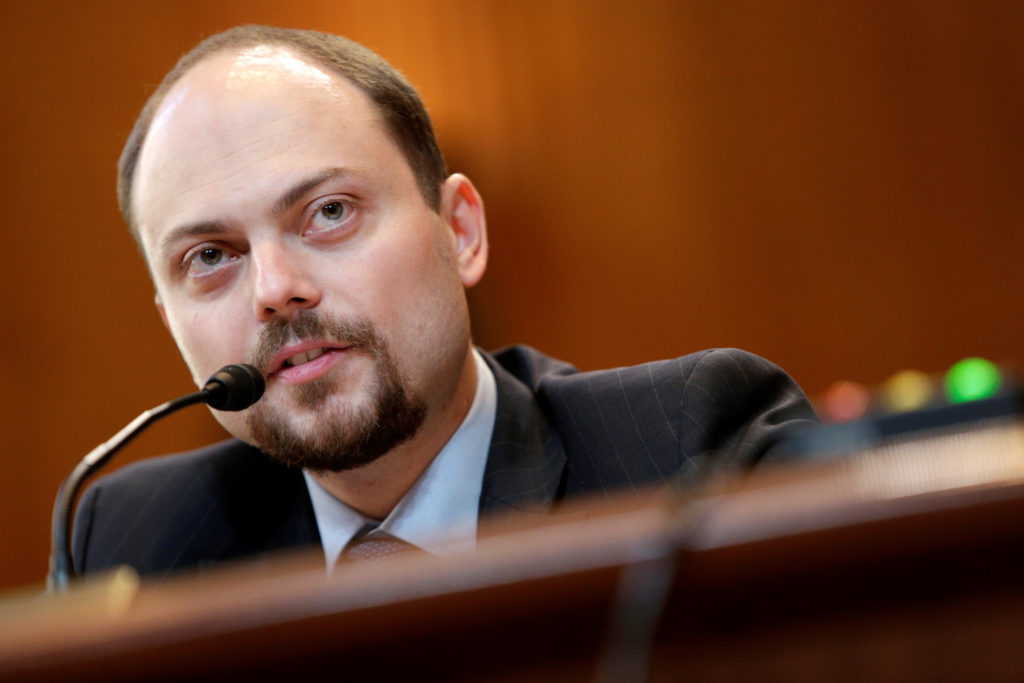 Opposition activist Vladimir Kara-Murza Jr. was hospitalized with poisoning symptoms twice, in 2015 and 2017.

A journalist and associate of Russian opposition leader Boris Nemtsov, who was shot and killed in 2015 while crossing a bridge near the Kremlin, and oligarch-turned-dissident Mikhail Khodorkovsky, Kara-Murza nearly died from kidney failure in the first incident. He suspects poisoning but no cause has been determined.

He was taken to a hospital with a sudden, similar illness in 2017 and put into a medically induced coma. His wife said doctors confirmed he was poisoned. Kara-Murza survived, and police have refused requests to investigate the case, according to his lawyer. 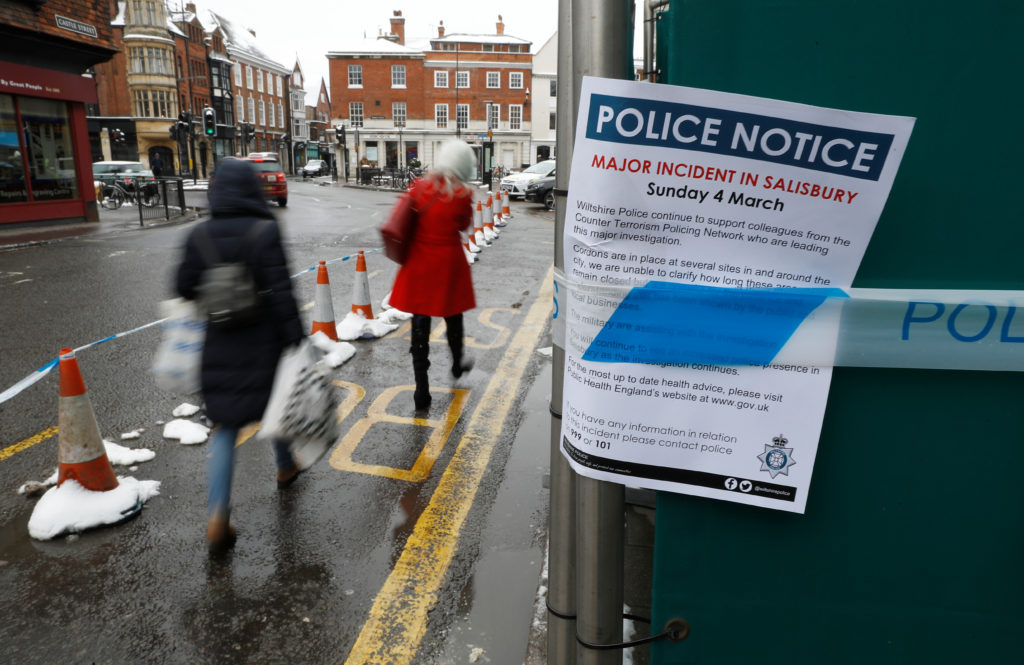 FILE PHOTO: A police notice is attached to screening surrounding a restaurant which was visited by former Russian intelligence officer Sergei Skripal and his daughter Yulia before they were found on a park bench after being poisoned in Salisbury, Britain, March 19, 2018. REUTERS/Peter Nicholls

A Russian spy who became a double agent for Britain, Sergei Skripal fell ill in the British city of Salisbury in 2018. Authorities said Skripal and his adult daughter, Yulia, were poisoned with the military grade nerve agent Novichok. The two spent weeks in critical condition.

Britain put the blame squarely on Russian intelligence, but Moscow denied any role. Putin called Skripal a “scumbag” of no interest to the Kremlin because he was tried in Russia and exchanged in a spy swap in 2010.

Britain charged two Russian men with the poisoning. They claimed they had visited Salisbury as tourists and denied any involvement in the attack, which came amid revelations about Russian interference in the 2016 U.S. presidential campaign. 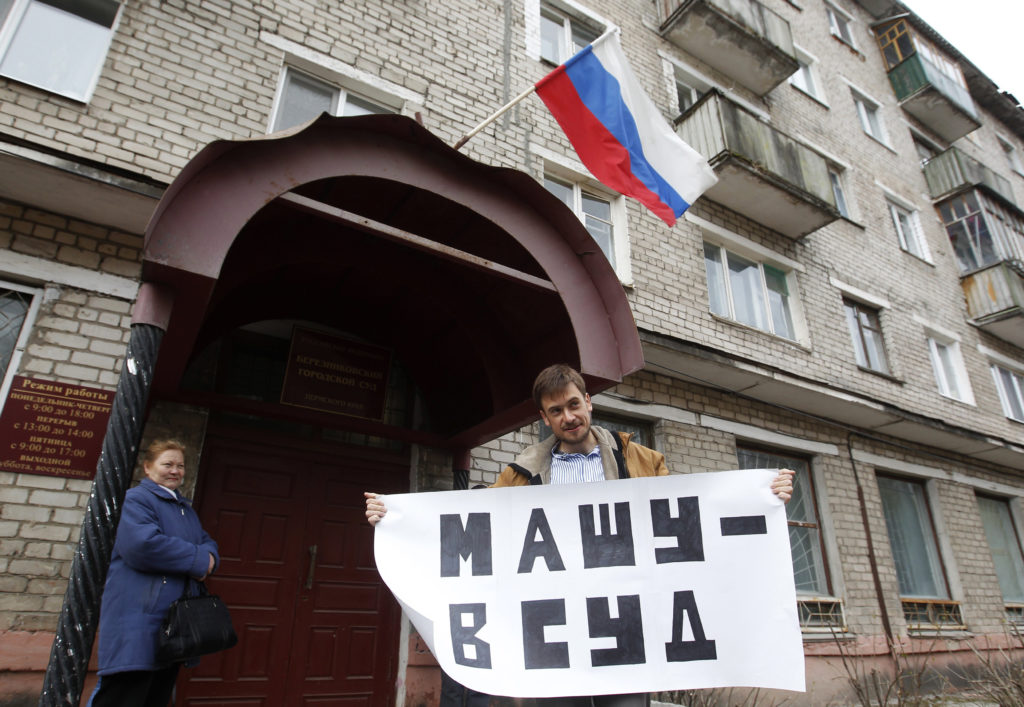 Verzilov, a member of Russian protest group Pussy Riot, ended up in an intensive care unit after a suspected poisoning in 2018 and had to be flown to Berlin for treatment.

German doctors treating him said a poisoning was “highly plausible.” He eventually recovered.

Verzilov, his partner and two other Pussy Riot members had served jail time earlier that year for running onto the field during soccer’s World Cup final in Moscow to protest excessive Russian police powers. He has also served time on other charges that he calls politically motivated.