Speaking in a video call with top officials, Putin noted that 13 forest fires in the Sakha-Yakutia region are raging within five kilometers (3 miles) of populated areas and emphasized the need to closely monitor the situation to protect residents.

Yakutia is the largest of Russia’s 85 regions, a vast territory bigger than Argentina. It has faced a spell of particularly devastating wildfires this year following months of hot, dry weather and record-breaking temperatures. Flames previously threatened a dozen of villages, and several were evacuated. The provincial capital of Yakutsk, several other cities and hundreds of villages have been blanketed in choking smoke from the blazes. 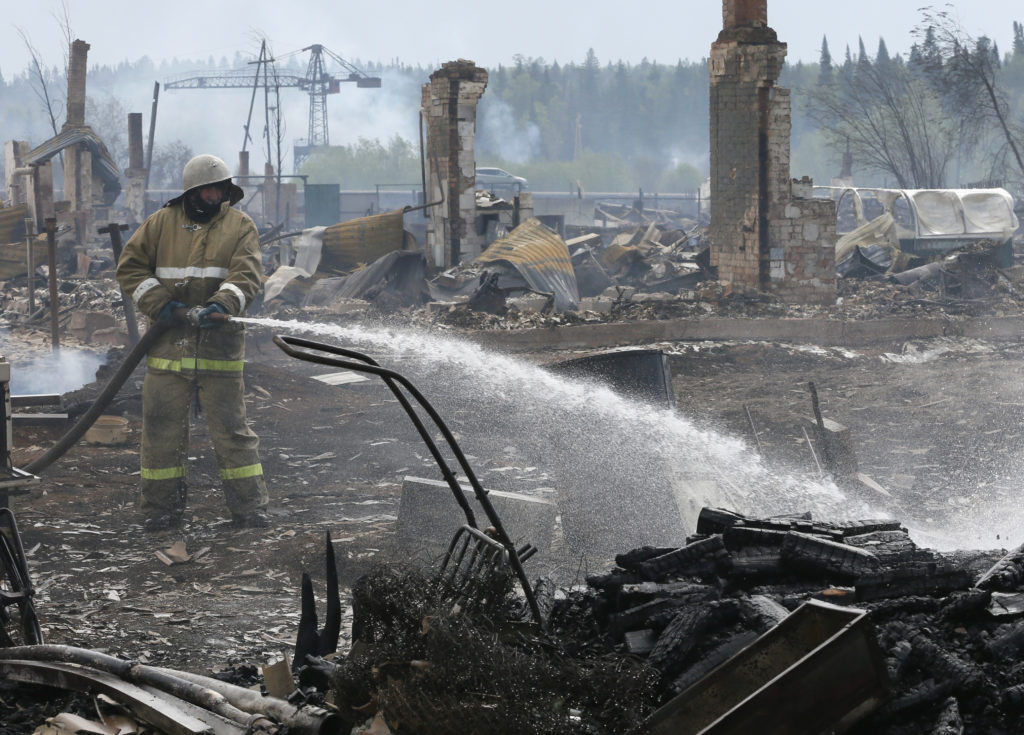 A firefighter works amidst the debris of burnt houses following recent wildfires in the Siberian settlement of Strelka, located on the bank of the Angara River in Krasnoyarsk region, Russia, May 25, 2017. Photo by Ilya Naymushin/Reuters. 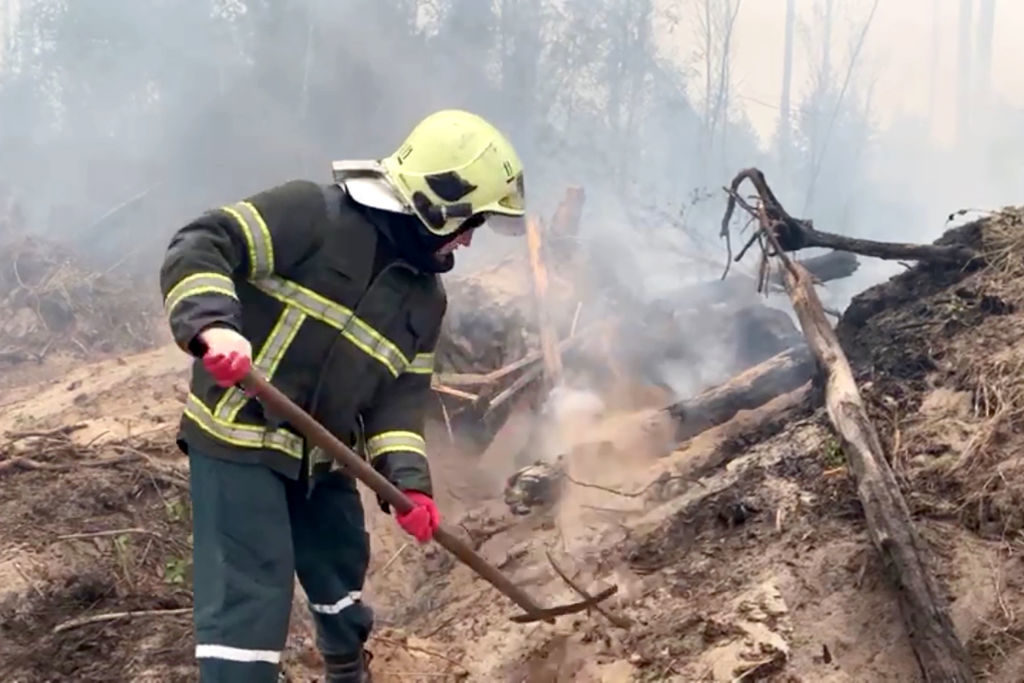 YAKUTIA, RUSSIA – AUGUST 13, 2021: A firefighter battles a wildfire. On August 8, Yakutia declared a state of emergency, with wildfires spreading to localities and facilities crucial to the economy. According to the Aerial Fire Protection Service, wildfires in Yakutia cover an area of 1.38mln ha. Video screen grab. Russia Emergencies Ministry/TASS THIS IMAGE WAS PROVIDED BY A THIRD PARTY. EDITORIAL USE ONLY (Photo by Russia Emergencies MinistryTASS via Getty Images)

Emergencies Minister Yevgeny Zinichev reported to Putin on Saturday that his ministry has deployed 5,000 personnel, 765 vehicles and 19 aircraft to combat the wildfires in Yakutia.

He said the thick smoke from wildfires has grounded firefighting planes, adding that efforts were being taken to relocate them to another base where they could operate again starting Monday. For now, firefighters have to rely exclusively on helicopters to fight the flames, Zinichev said.

On Saturday, officials reported 108 active forest fires burning across nearly 1.3 million hectares (3.2 million acres) in Yakutia. Authorities have expanded a state of emergency in Yakutia to help transfer in firefighting resources from other regions.

In recent years, Russia has recorded high temperatures that many scientists regard as a result of climate change. The hot weather coupled with the neglect of fire safety rules has caused a growing number of wildfires that authorities say have consumed 15 million acres this year in Russia.

Experts in Russia decry a 2007 decision to disband a federal aviation network tasked to spot and combat fires and turn over its assets to regional authorities. The much-criticized transfer led to the force’s rapid decline.

Left: YAKUTIA, RUSSIA - AUGUST 12, 2021: Smoke billows from the wildfire-hit area. On August 8, Yakutia declared a state of emergency, with wildfires spreading to localities and facilities crucial to the economy. According to the Aerial Forest Protection Service (Avialesookhrana), wildfires in Yakutia cover an area of 1.38mln ha. Video screen grab. Best quality available. Russian Aerial Forest Protection Service/TASS THIS STILL IMAGE FROM A VIDEO PROVIDED BY A THIRD PARTY. EDITORIAL USE ONLY Photo by AvialesookhranaTASS via Getty Images.