Saudi Arabia severed diplomatic ties with Iran on Sunday, as tensions rose for a second day following the execution of a prominent Shiite cleric and subsequent attacks on a Saudi embassy and a consulate in two Iranian cities.

The Saudi monarchy announced it would not allow Iran to undermine the Sunni kingdom’s security as the reason for the move, the Associated Press reported.

Saudi Arabia executed 47 people this week including leading Shia Cleric Nimr al-Nimr, who was accused of inciting violence and was often critical of Saudi’s royal family. The execution follows years of antagonism between Shiites in Iran and conservative Saudi Sunnis, the majority of whom follow the strict Islamic sect of Wahhabism, Reuters reported.

On Saturday and Sunday, hundreds of protesters attacked the Saudi embassy in Tehran and Saudi consulate in Iran’s second-largest city of Mashad. The U.S. State Department had called for calm and a deescalation of rhetoric between Iran and Saudi officials. 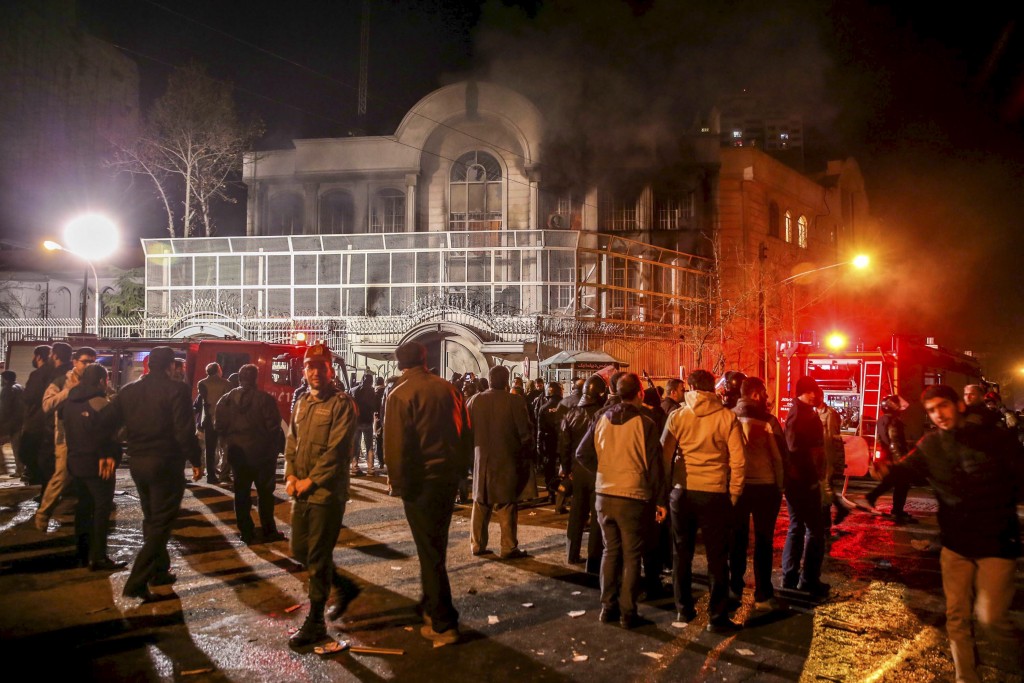 Iranian protesters broke into the Saudi embassy early on Sunday to protest the Sheik’s execution. The protesters destroyed furniture and started several fires before police removed them from the building, Reuters reported. Iranian state media also reported that some protesters used petrol bombs and rocks.

Iranian President Hassan Rouhani said the the fire was “not justifiable,” also announcing that 40 people have been arrested over the blaze.

But the Iranian people should not allow this to become an excuse for rogue individuals & groups to commit illegal acts & damage Iran’s image — Hassan Rouhani (@HassanRouhani) January 3, 2016

On Sunday, Iran’s Supreme Leader Ayatollah Ali Khamenei indicated that retribution would come for the cleric’s execution he described as a “crime” and carried out by tyrants would would face “divine revenge.”

“The politicians, executives and policymakers of the Saudi government should have no doubt that this blood will catch up with them, and it will give them hell,” he said. “Almighty God will not ignore blood of the innocent.”

Left: Iranian protesters chant slogans as they hold pictures of Shi'ite cleric Sheikh Nimr al-Nimr during a demonstration against the execution of Nimr in Saudi Arabia, outside the Saudi Arabian Embassy in Tehran Jan. 3, 2016. Photo By Raheb Homavandi/Reuters