Saudi officials say oil attack could not have come from Yemen

RIYADH, Saudi Arabia (AP) — Saudi Arabia alleged Wednesday that Iranian cruise missiles and drones attacked the heart of the kingdom’s oil industry, showing journalists the remains of the weapons while stopping short of directly accusing Iran of launching the assault.

Saudi military spokesman Col. Turki al-Malki said the attack “came from the north,” without saying specifically where it originated. Iraq and Iran are to the north of Saudi Arabia across the Persian Gulf.

“The attack could not have originated from Yemen,” he said, disputing the claim by Yemen’s Iranian-backed Houthi rebels that they launched the weapons. 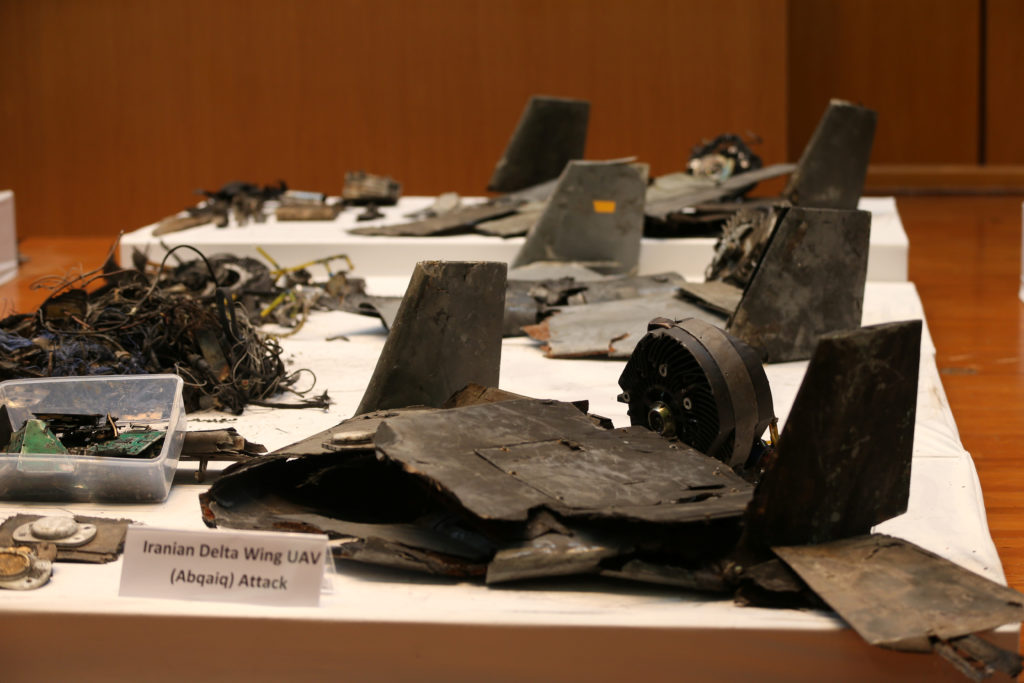 Remains of the missiles which Saudi government says were used to attack an Aramco oil facility, are displayed during a news conference in Riyadh, Saudi Arabia September 18, 2019. Photo by Hamad I Mohammed/Reuters

Iran has repeatedly denied being behind the attack. Tehran has warned the U.S. it will retaliate “immediately” if Iran is targeted over the attack on Saudi oil installations, its state-run news agency reported Wednesday, further raising Mideast tensions.

Iran’s president and foreign minister also may not be able to attend next week’s high-level meetings at the United Nations, as the U.S. has yet to issue them visas, IRNA reported.

The U.N. meeting had been considered as an opportunity for direct talks between Iranian President Hassan Rouhani and President Donald Trump amid a summer of heightened tensions and attacks in the wake of America’s unilateral withdrawal from Iran’s nuclear deal with world powers a year ago.