In an interview with actor Sean Penn secretly conducted last year in an undisclosed location in Mexico, notorious drug lord Joaquin “El Chapo” Guzman — then a fugitive on the run — admitted he was the world’s largest supplier of heroin, methamphetamine, cocaine and marijuana.

“I supply more heroin, methamphetamine, cocaine and marijuana than anybody else in the world. I have a fleet of submarines, airplanes, trucks and boats,” he said.

Details of the meeting were published Saturday by Rolling Stone in a story under Penn’s byline entitled “El Chapo Speaks.”

Speaking in the first interview he has given in decades, Guzman said he became involved in the drug trade because there were no other job opportunities where he grew up in Badiraguato, Mexico.

“It’s a reality that drugs destroy,” he said. “Where I grew up there was no other way and there still isn’t a way to survive… no other way to work in our economy to be able to make a living.” 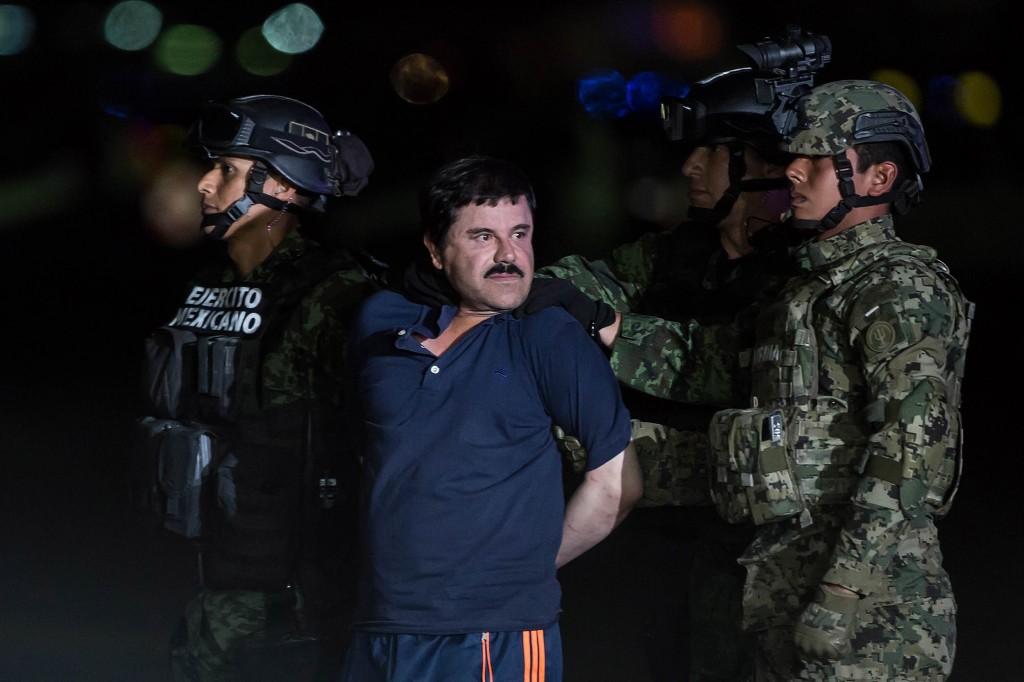 Guzman was recaptured by authorities in the western Mexican city of Los Mochis early Friday, six months after his brazen escape from a maximum-security prison through an elaborate tunnel drilled into his cell.

Penn, who spent seven hours with Guzman, said he took “no pride in keeping secrets that may be perceived as protecting criminals.”

“This will be the first interview El Chapo had ever granted outside an interrogation room, leaving me no precedent by which to measure the hazards. I’d seen plenty of video and graphic photography of those beheaded, exploded, dismembered or bullet-riddled innocents, activists, courageous journalists and cartel enemies alike. I was highly aware of committed DEA and other law-enforcement officers and soldiers, both Mexican and American, who had lost their lives executing the policies of the War on Drugs. The families decimated, and institutions corrupted.”

Following news reports of the actor’s meeting with Guzman, White House chief of staff Denis McDonough told CNN’s “State of the Union” on Sunday he found the account “maddening.”

“One thing I will tell you is that this braggadocious action about how much heroin he sends around the world, including the United States, is maddening,” McDonough said.

“We see a heroin epidemic, an opioid addiction epidemic, in this country,” he said. “We’re going to stay on top of this with our Mexican counterparts until we get that back in the box. But El Chapo’s behind bars – that’s where he should stay.”

Guzman — who faces indictments in the United States on charges that range from narcotics trafficking to murder — said in the video interview that he resorted to violent action only as a matter of defense.

“Look, all I do is defend myself. Nothing more,” he said. “But do I start looking for trouble? Never.”