DAMASCUS, Syria — Syrian officials, foreign archeologists and restoration specialists attended the reopening ceremony of the Syria’s National Museum in the heart of Damascus on Sunday, more than six years after the prominent institution was shut down and emptied as the country’s civil war encroached on the capital.

The reopening of the museum was hailed as a return to normal life by Syrian officials, eager to cash in on the Syrian armed forces’ military victories against armed groups, who had only recently shelled Damascus and threatened the seat of the government in the capital, coming only miles from the presidential palace.

Over successive military advances, and with the backing of allies Russia and Iran, Syrian troops moved in on rebel holdouts on the outskirts of Damascus expelling the armed groups to the north and restoring calm. 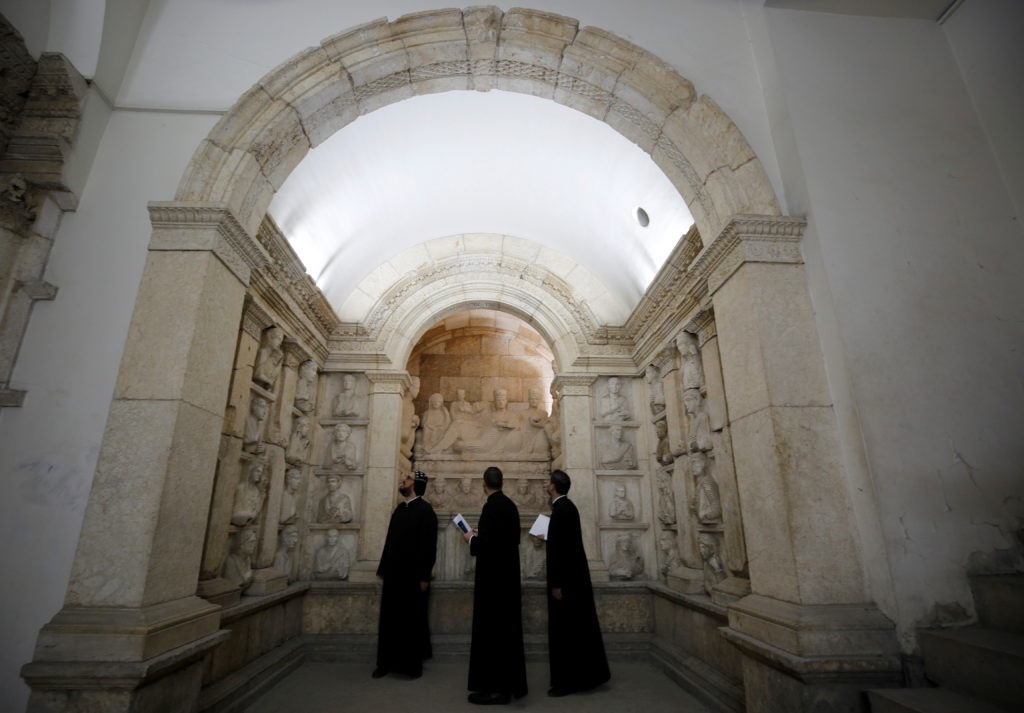 Visitors look at sculptures during the reopening of Syria’s National Museum of Damascus, Syria October 28, 2018. Photo by Omar Sanadiki/Reuters

“The opening of the museum is a genuine message that Syria is still here and her heritage would not be affected by terrorism,” Syrian Minister of Culture Mohamed al-Ahmad told reporters and visitors. “Today, Damascus has recovered.”

Among the antiquities on display are murals from the 2nd century Dura-Europos in Syria’s east, textiles from central Palmyra and statues of the Greek goddess of victory from the south.

Syria’s conflict, raging since early 2011, has been detrimental for the country’s rich heritage.

Authorities shut down museums and safely stored away over 300,000 artifacts, but some sites were still destroyed by the Islamic State group, damaged by the fighting or looted.

Head of the General Directorate for Antiquities and Museums, Mahmoud Hammoud, said four of the five sections of the museum will be opened to showcase hundreds of archaeological findings that date back to the prehistoric, historical, classical and Islamic eras. He said some artifacts restored or seized by Syrian authorities will also be on display.

More than 9,000 artifacts were restored and reclaimed since the war began, he said, noting that the museum needs renovation and funds. He said hundreds of thousands of important artifacts and sculptures were smuggled abroad during the crisis.

Visitors would be able to watch as specialists restore hundreds of artifacts reclaimed from Palmyra, which Islamic State militants overtook for months destroying some of the world’s most famous monuments.

Bartosz Markowski, a Polish specialist in conservation of stone sculpture and architectural detail, said he had been working in Palmyra before the war broke out.

“I am saving heritage, mostly in Palmyra, where I have been working before the crisis,” he told The Associated Press. “I came right after liberation and helped with urgent conservation and protection of destroyed objects in Palmyra… There is still a lot of damage in Palmyra.”

For Markowski, reopening the Damascus museum was “symbolic.”

“When life is coming back, we are opening the museums,” he said. 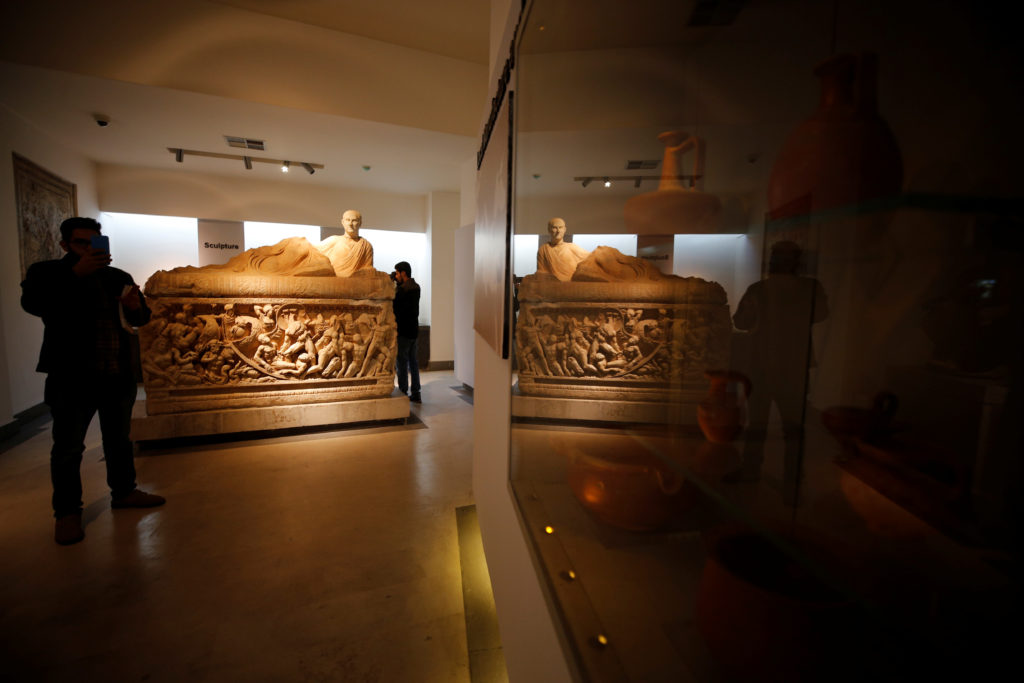 A visitor takes a picture with his mobile phone during the reopening of Syria’s National Museum of Damascus, Syria October 28, 2018. Photo by Omar Sanadiki/Reuters

Claus Peter Hasse, the director of the Islamic Art Museum in Berlin, said he felt safe traveling between Damascus and Aleppo, Syria’s commercial heart and ancient city, also damaged by the war.

“Of course, it’s a tragic situation to see so many tragedies around, but at the moment, we don’t see difficulties,” he said.

The former Directorate-General for Antiquities and Museums, Maamoun Abdul-Karim, who had overseen the campaign to hide artifacts in safe places, said the country needs years, major capabilities, and millions of dollars to reopen all museums nationwide.

He said hundreds of artifacts would return to the classical wing inside the museum, including those relating to the Greek and Roman period, while other wings would reopen soon.

“In fact, this was a very big victory for the country,” he said. “When all museums reopen nationwide, then we can say that the crisis in Syria ended.”