An airplane powered by the sun finished a dangerous journey over the Pacific late Saturday evening, landing safely in northern California after a 62-hour flight from Hawaii.

The Solar Impulse-2 finished the most challenging leg of its around-the-world trip, which started in March 2015 in the United Arab Emirates, in an attempt to draw attention to clean-energy technology.

The plane, which uses 17,000 solar cells attached to its wings to provide power to its motors, made stops in Oman, Myanmar, China and Japan before leaving Hawaii early Thursday morning. 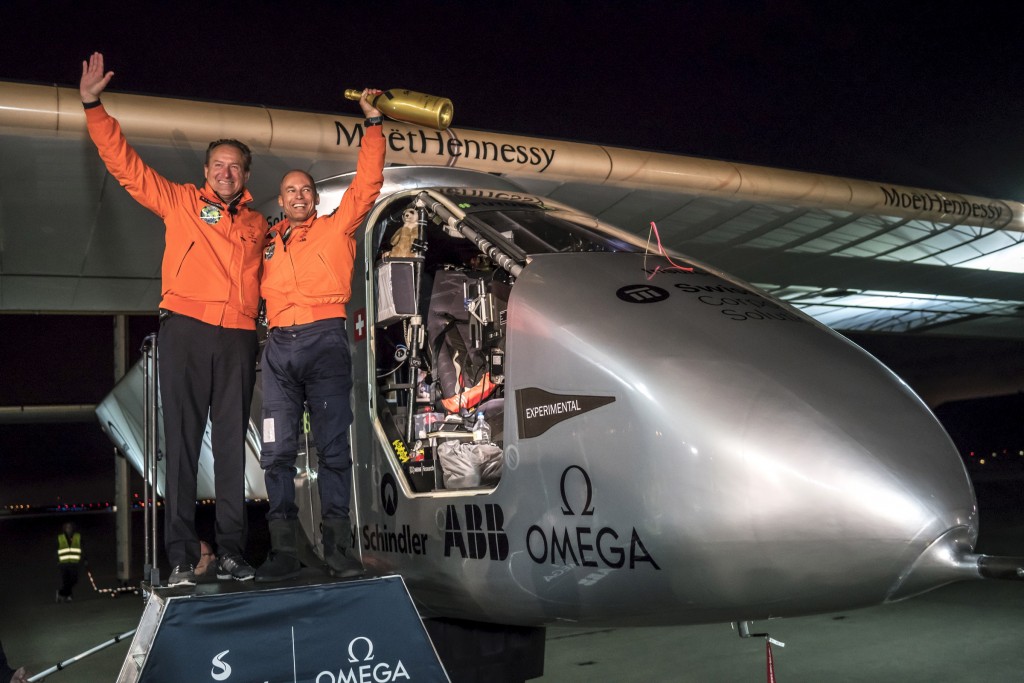 A Solar Impulse prototype became the first solar airplane to “fly through the night, between two continents, and across the United States,” according to its creators.

The aircraft uses reserve energy stored in its batteries during darkness.

Solar Impulse-2 pilots Bertrand Piccard and André Borschberg said they felt confident during the flight despite the risk of flying over the open ocean for nearly three days. The duo spent 12 years researching and testing the solar-plane concept before embarking on their current trip last year.

“It was the most incredible flight because I was dreaming of flying day and night with no fuel in 17 years, and it’s the first time I could do it,” Piccard said, after landing the plane safely outside of San Francisco.

Left: Two pilots took a nearly three-day flight over the Pacific Ocean in the Solar Impulse-2, a plane powered by the sun. The duo landed safely in California Saturday night. Photo by Getty Images