More than 40,000 people flooded into the streets in South Korea’s capital city of Seoul on Saturday to demand the resignation of the country’s president, who is embroiled in a corruption scandal.

The mass of protesters called for President Park Geun-hye to step down after she admitted her close friend and daughter of a religious cult leader, Choi Soon-sil, wielded influence over her decisions during her nearly four years in office.

Choi was arrested Thursday for fraud and abuse of power for allegedly using her connection to the president to solicit tens of millions in donations to her foundation, among other charges, including using her influence to help select the president’s aides. Two of Park’s aides were also detained, one of whom is accused of leaking classified information, Reuters reported. 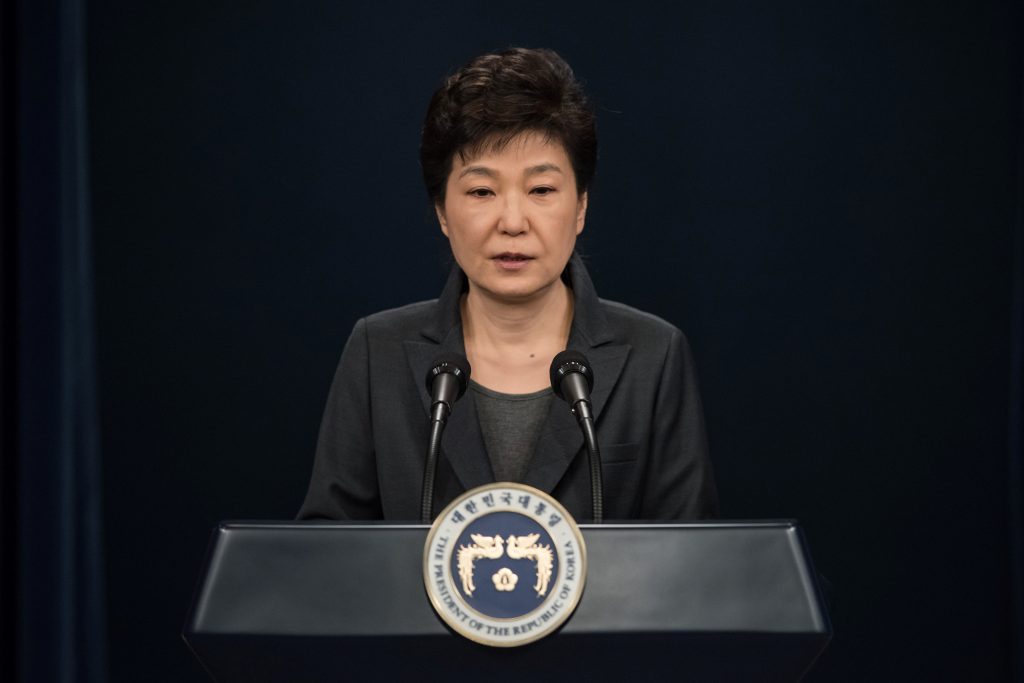 South Korean President Park Geun-Hye speaks during an address to the nation, at the presidential Blue House in Seoul on November 4, 2016. Pohoto By Ed Jones/Reuters

With her approval rating plummeting to just 5 percent and crowds swelling to levels not seen since 2008, Park addressed the nation on television Friday for the second time since last week, stating that she leaned on Choi for guidance and allowed her to edit policy speeches.

“I cut off all ties with my family members out of fear of unfortunate incidents,” Park said. “I had no one nearby to help me with personal matters, so I turned to Choi Soon-sil for help.”

Last week, Park ordered several of her top advisers to resign and issued her first televised apology to her constituents, admitting she gave “some documents” to Choi.

Park, who has 14 months left in her five-year term, would become the first president in the country’s history to leave office should she decide to step down, according to Reuters.