South Sudan’s president on Saturday condemned a human rights group report that alleges he and other top members of the government have profited from the country’s three-year civil war that has killed thousands of citizens.

The group, The Sentry, which was co-founded by actor George Clooney, accused South Sudan’s President Salva Kiir of enriching himself and several members of the military and government. His rival, Riek Machar, the former deputy president, was also implicated in the report, which was released earlier this week after a two-year investigation. Both denied the charges.

The investigation looked at the finances of arms dealers, construction firms and investors, according to Reuters. The report included images of mansions and luxury vehicles in South Sudan and around the world said to be owned by Kiir and other senior officials. 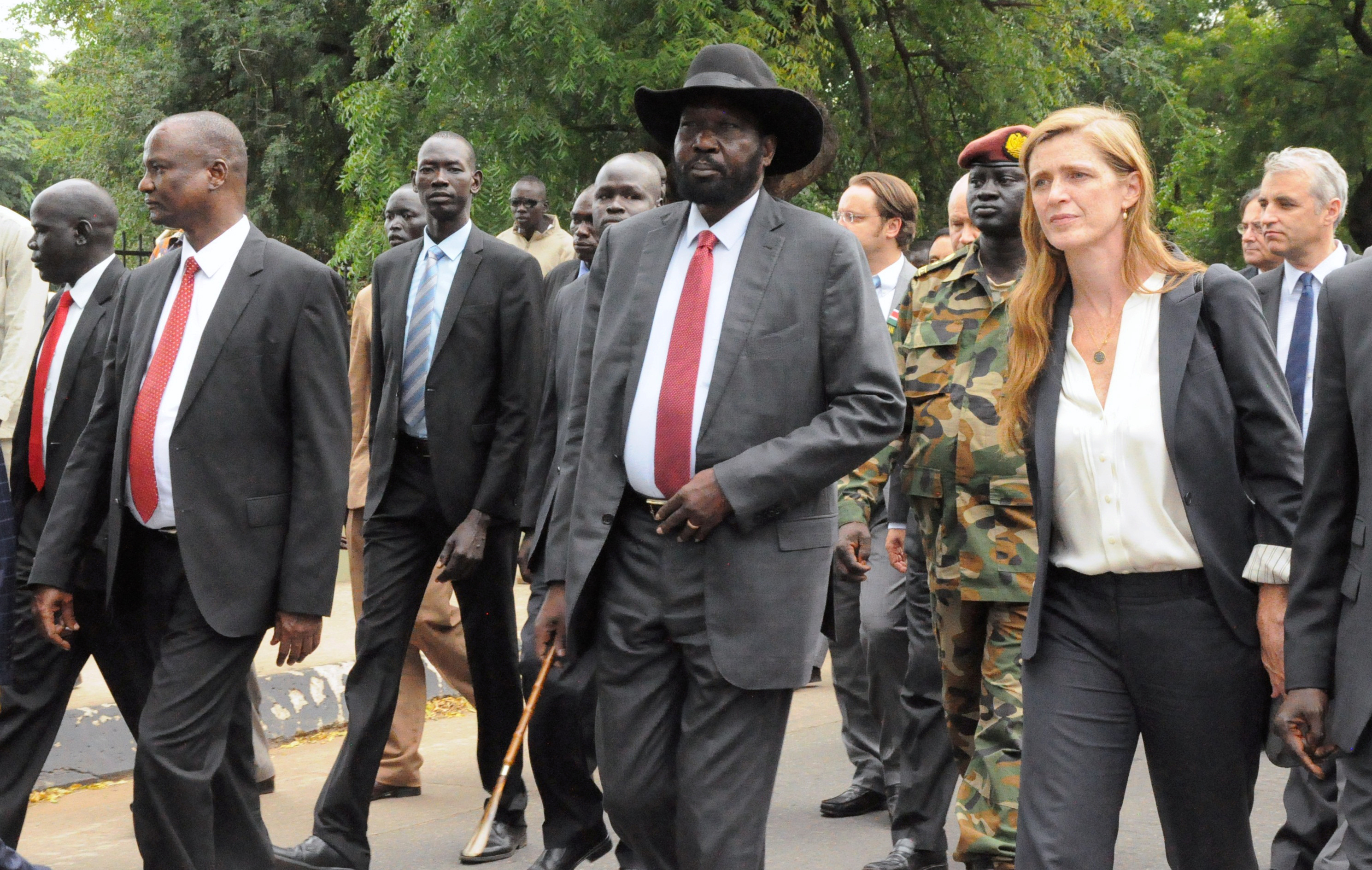 South Sudan President Salva Kiir (C) explains to U.S. Ambassador Samantha Power (R) the effects of recent fighting during a visit by the United Nations Security Council, delegation at the Presidential Palace in the capital of Juba, September 4, 2016. Kiir on Saturday denied allegations of corruption in a report. Photo By Jok Solomun/Reuters

A spokesperson for Kiir said in a statement the allegations, “jeopardize the pursuit of peace and stability in my country where mutual distrust and a lack of authority are key factors of violence.”

“We will make sure that each of those allegations are challenged with a counter forensic and legal analysis of the shortcomings of this report,” said Ateny Wek Ateny, the spokesman.

South Sudan became the newest country in the world in 2011 but erupted in a civil war in 2013 in a conflict cut along tribal lines between the Dinka and the Nuer.

According to advocacy group Human Rights Watch, at least 2.2 million people have been displaced by the conflicts and tens of thousands have been killed.