MADRID — As Spaniards voted Sunday in the country’s fourth election in as many years, a leading leftist party pledged to help the incumbent Socialists in hopes of staving off a possible right-wing coalition government that could include a far-right party.

Spain’s United We Can party leader Pablo Iglesias said he will offer assistance to the Socialists to form a stable leftist government. A failure to reach an agreement between the Socialists and United We Can, Spain’s fourth-largest party in parliament, following the last election in April was one of the main reasons that Sunday’s national election was called.

“We think that combining the courage of United We Can and the experience of the Socialist party we can convert our country into a reference point for social policies,” Iglesias said Sunday.

Spain’s four main parties have focused their campaigns on how to deal with the independence push in the northeastern region of Catalonia and the feared surge of the far-right Vox party. 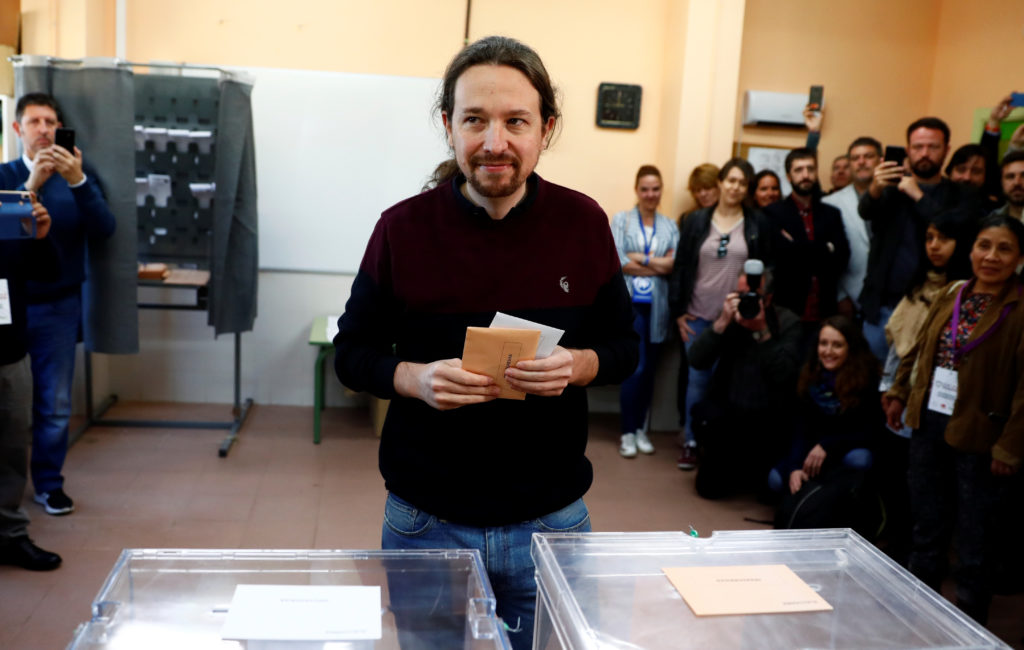 Unidas Podemos’ (Together We Can) candidate Pablo Iglesias casts his vote during Spain’s general election in Galapagar, Spain, April 28, 2019. Photo by Juan Medina/Reuters

Socialist Prime Minister Pedro Sánchez, who won the most votes in April but failed to whip up enough parliamentary support to form a government, is tipped to win again but is not expected to capture a majority. That means Spain may face another political stalemate and months more without a stable government.

“I think it’s very important that we strengthen the democracy with our vote, encourage all citizens to vote and as of tomorrow we may have the stability to form a government and get Spain moving,” Sánchez said after voting.

His party won 123 seats in the 350-seat lower house last time. All seats were up for grabs Sunday, chosen by Spain’s 37 million eligible voters.

Vox has already joined forces with Spain’s two right-of-center parties to take over many city and regional governments and the three groups would readily band together to oust Sánchez, who is seen by the right-wing opposition as too soft on the Catalan secessionist movement.

Polls suggest that turnout could be a factor, with voter fatigue looming. As of 2 p.m., 37.9 % of eligible voters had cast ballots, down from 41.5% in the April 28 election.

Julia Giobelina, 34-year-old web designer from Madrid, was angry at having to vote for the second time in less than seven months but said she cast her ballot in hopes of stopping the rise of Vox.

“They are the new fascism,” Giobelina said. “We citizens need to stand against privatization of health care and other public services. Also, because I don’t know if my daughter will be transsexual or lesbian and because of our friends the immigrants, we need to vote against the far-right for them.”

Spain returned to democracy in the late 1970s after a near four-decade right-wing dictatorship under the late Gen. Francisco Franco. The country used to take pride in claiming no far-right group had seats in the national parliament, unlike the rest of Europe. 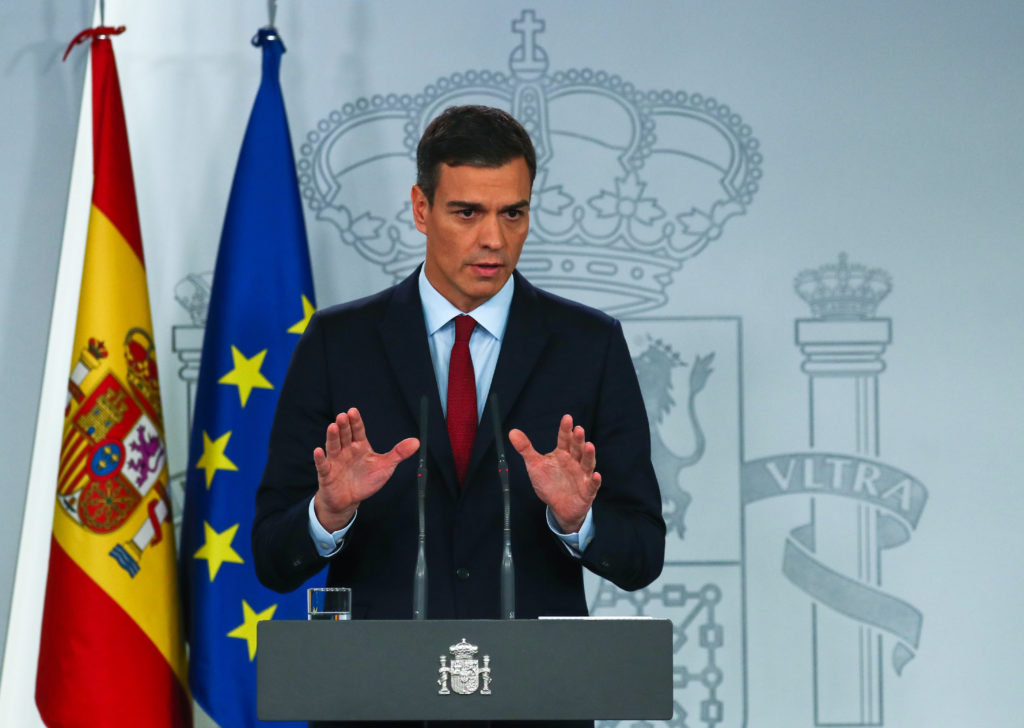 But that changed in the last election, when Vox erupted onto the political scene by winning 24 seats on promises of taking a hard line on Catalonia and immigration.

The Socialists’ April victory was nonetheless seen by many as a respite for Europe, where right-wing parties had gained much ground in countries such as France, Hungary, Italy and Poland.

But many polls predict Vox, headed by Santiago Abascal, may do even better this time, capitalizing on Spanish nationalist sentiment stirred up by the Catalan conflict. Many right-wingers were also not pleased by the caretaker Socialist government’s exhumation of Franco’s remains last month from his gargantuan mausoleum so he could no longer be exalted by supporters in a public place.

Dozens of people cheered and shouted “President! President!” as Abascal voted in Madrid.

Alfonso Pedro Monestilla hoped his vote could help Vox. The 59-year-old public servant said Vox had many good proposals and some unfortunate ones, but he welcomed the possibility the far-right party could become Spain’s third-largest political party.

“Only by getting rid of Sánchez we can preserve Spain as it is, not by reaching agreements with the (Catalan) separatists,” said Monestilla.

Last month, Spain’s Supreme Court sentenced to prison nine Catalan politicians and activists who led a 2017 drive for the region’s independence. The ruling triggered massive daily protests in Catalonia that left more than 500 people injured, roughly half of them police officers, and dozens arrested. More protests by radicals have been called for this week.