FREEPORT, Bahamas — Officials temporarily suspended aid efforts and closed a couple of small airports in the Bahamas on Saturday as Tropical Storm Humberto threatened to lash the archipelago’s northwest region that was already hit by Hurricane Dorian two weeks ago.

Humberto’s arrival coincides with a weekend visit to the Bahamas by U.N. Secretary-General Antonio Guterres aimed at supporting humanitarian efforts in the wake of Dorian, which reached the islands as a Category-5 storm and left thousands in need of food, water and shelter. The list of missing stands at an alarming 1,300 people and the death toll at 50. But officials caution the list is preliminary and many people could just be unable to connect with loved ones.

Threatening to exacerbate islands’ problems, winds and rains from Humberto could be expected in Grand Bahama and the nearby Abaco islands, said chief meteorologist Shavonne Moxey-Bonamy.

“I know it might be a bit of a disheartening situation since we just got out of Dorian,” she said. 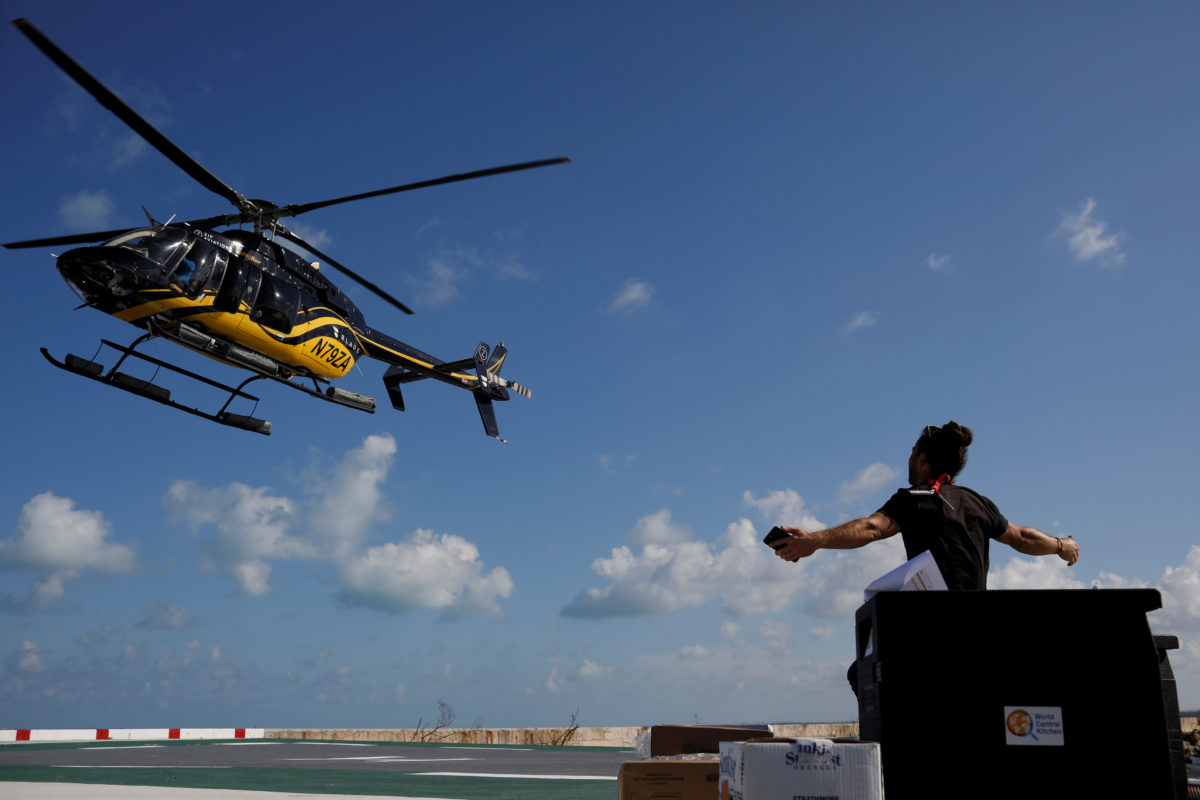 At 11 a.m. EDT, an almost stationary Humberto was located 30 miles (45 kilometers) east-northeast of Great Abaco island, according to the U.S. National Hurricane Center. It had maximum sustained winds of 50 mph (85 kph). There was a tropical storm warning in effect for the northwest Bahamas, except for Andros Island, and 2 to 4 inches of rain was expected, with isolated amounts of 6 inches.

Dexter Wilson, a 40-year-old maintenance man who was helping a friend put a blue tarp on a damaged roof in Grand Bahama under a bright sun, said he was worried about his brother in Abaco given the tropical storm.

Humberto is forecast to become a hurricane by Sunday night but is expected to stay offshore of Florida’s eastern coast as it moves toward open waters. Portions of the coasts of Florida and Georgia will see 1 to 2 inches of rain.

The hurricane center said most of the heavy squalls were occurring north and east of the center of the storm, which was passing just east of Abaco. However, government officials in the Bahamas took no chances and urged people in damaged homes to seek shelter as they announced that aid efforts would be temporarily affected.

The distribution of meals in Grand Bahama was reduced ahead of the storm, and a spokeserson for the United Nations World Food Program said all flights into its logistics hub in Marsh Harbor in Abaco were suspended.

“Our team is back at work to support the population and relief organizations. Food and materials have been secured in newly erected prefabricated storage depots,” Verhoosel said in a statement.

“We are back in storm preparation mode again, unfortunately,” he said. 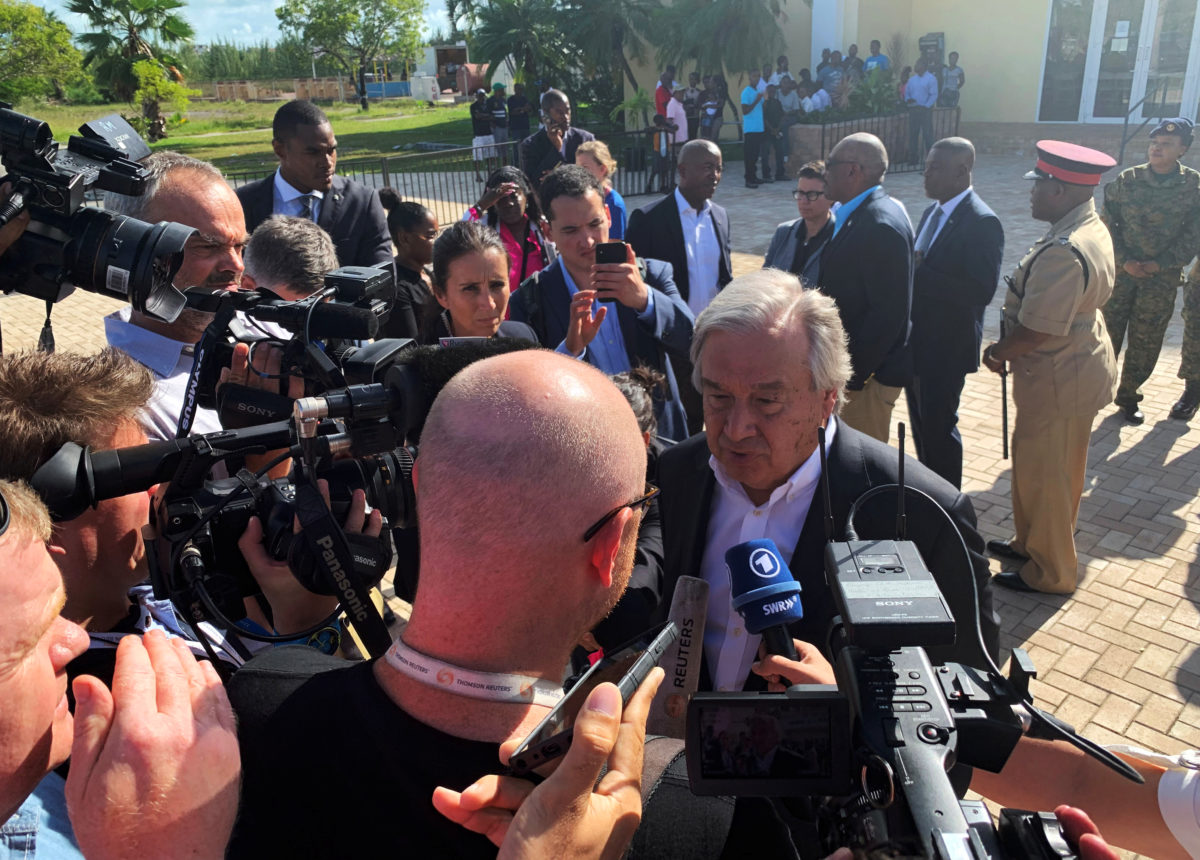 U.N. Secretary-General Antonio Guterres talks to the media outside Kendal Isaacs Gymnasium, which is serving as an evacuation center, in Nassau, Bahamas September 14, 2019. Photo by Rodrigo Gutierrez/Reuters.

Guterres, who was in Abaco on Saturday, said earlier he hoped the weather would not impede his visit.

“In some areas, more than three-quarters of all buildings have been destroyed. Hospitals are either in ruins, or overwhelmed. Schools turned into rubble,” the U.N. secretary-general said in a prepared statement ahead of the visit.

He said thousands of people continue to need food, water and shelter, and U.N. humanitarian agencies are on the ground to help them.

“Our hearts go out to all the people of the Bahamas and the United Nations is right by their side,” he said.

“Storms don’t bother me,” he said. “There’s nothing you can do about it.”

Left: Personnel from the Royal Bahamas Police Force remove a body recovered in a destroyed neighborhood in the wake of Hurricane Dorian in Marsh Harbour, Great Abaco, Bahamas, September 9, 2019. Photo by Loren Elliott/Reuters.