Syrian government forces retook Palmyra on Sunday, driving out hundreds of Islamic State fighters who had seized the ancient city last year and destroyed temples dating back to the Roman empire.

The capture of the city follows weeks of intense fighting and was achieved with vigorous air support from Russian and Syrian war planes, a high-ranking member of the Syrian army told Reuters.

The Syrian Observatory for Human Rights (SOHR), a British-affiliated organization, said ISIS members were pushed out of the city as soldiers loyal to Syrian President Bashar al-Assad on the ground regained control of a military airport.

“The clashes continue in the eastern and northern eastern sides of the military airport,” SOHR said. “At least 30 militants in IS refused to pull back from the city and decided to fight until the death.” 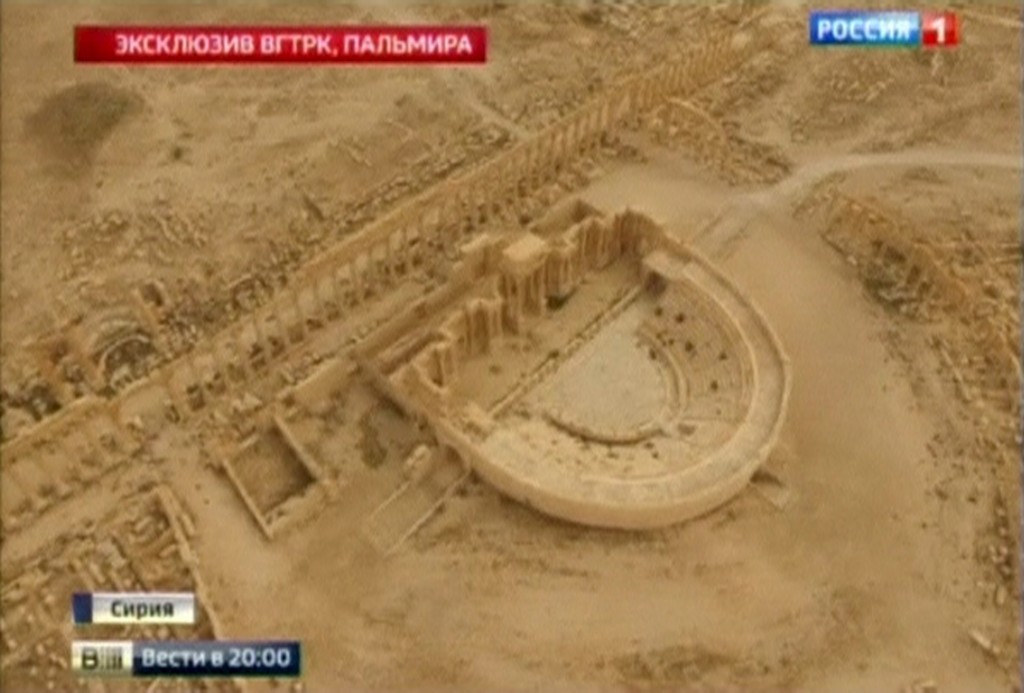 An aerial view of the Roman theater in Palmyra is seen in this still image taken from video by RURTR and released March 25, 2016. Reuters TV

Syrian President Bashar al-Assad said his government would rebuild the temples that had been leveled.

“Palmyra was demolished more than once through the centuries ,” he said on Syrian television, “and we will restore it anew so it will be a treasure of cultural heritage for the world.”

Left: Forces loyal to Syria's President Bashar al-Assad flash victory signs and carry a Syrian national flag on the edge of the historic city of Palmyra in Homs Governorate, in this handout picture provided by SANA on March 26, 2016. On Sunday, the Syrian government was able to retake the ancient city after Islamic State fighters wrested control of the Palmyra in May last year. Sana/Reuters