The weekslong government offensive has created a humanitarian crisis with about 600,000 people fleeing their homes in Syria’s last rebel stronghold since the beginning of December, according to the United Nations.

Rebels control much of Idlib province and parts of the neighboring Aleppo region that is home to some 3 million people — many of them displaced from other parts of Syria. 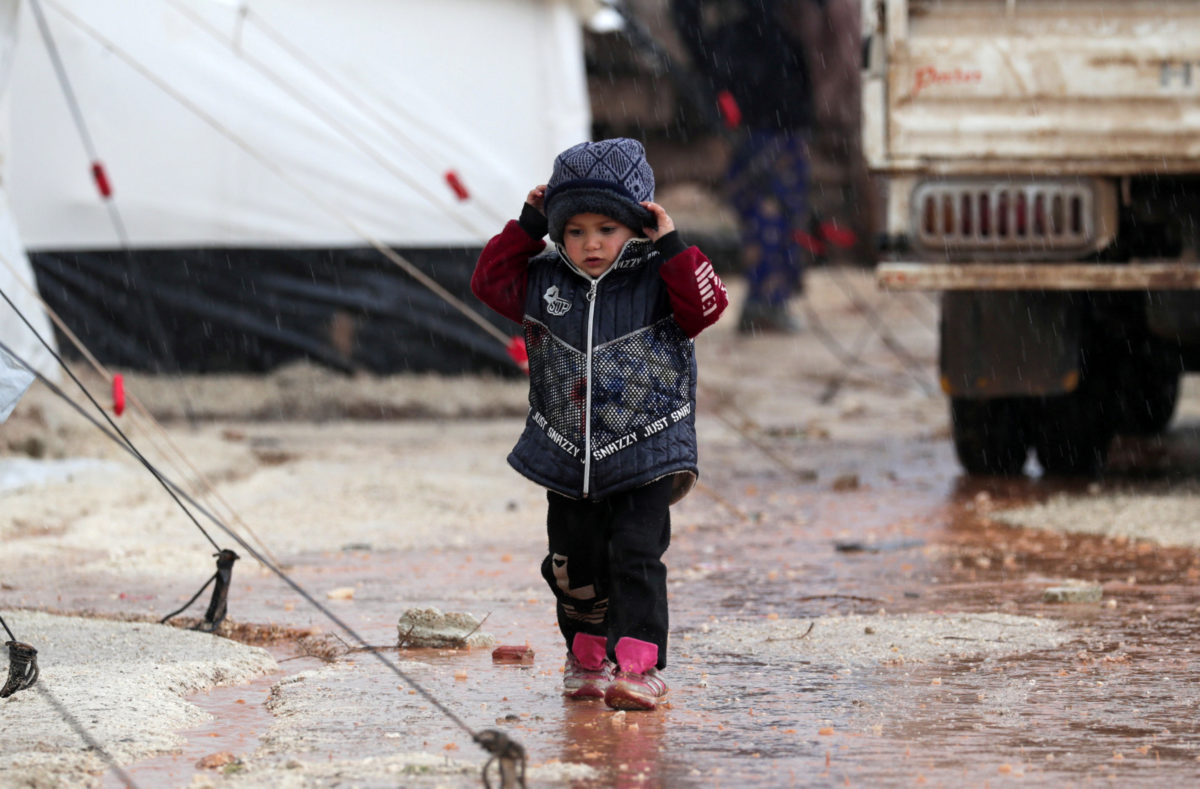 A displaced Syrian child who fled from southern Idlib walks under the rain in Afrin, Syria February 7, 2020. Photo by Khalil Ashawi/Reuters.

The Syrian offensive appears aimed for now at securing a strategic highway in rebel-controlled territory, as opposed to an all-out campaign to retake the entire province, including the city of Idlib, the densely populated provincial capital.

“Our aim is to clear the highway and evict terrorists from it,” a Syrian commander on the ground told state TV. He was referring to the M5 highway, which links the capital Damascus with the northern city of Aleppo.

The Britain-based Syrian Observatory for Human Rights, an opposition war monitor, said government forces still have 30 kilometers (18 miles) of the highway to clear before it comes under full control of the army for the first time since 2012.

Syrian state TV reported Saturday that government forces captured four villages in Aleppo province near the highway. It added that Syrian troops and demining experts have cleared explosives and mines from the recently captured town of Saraqeb that sits on an intersection where the M5 meets with the M4 highway, linking Syria’s coast with the country’s east. 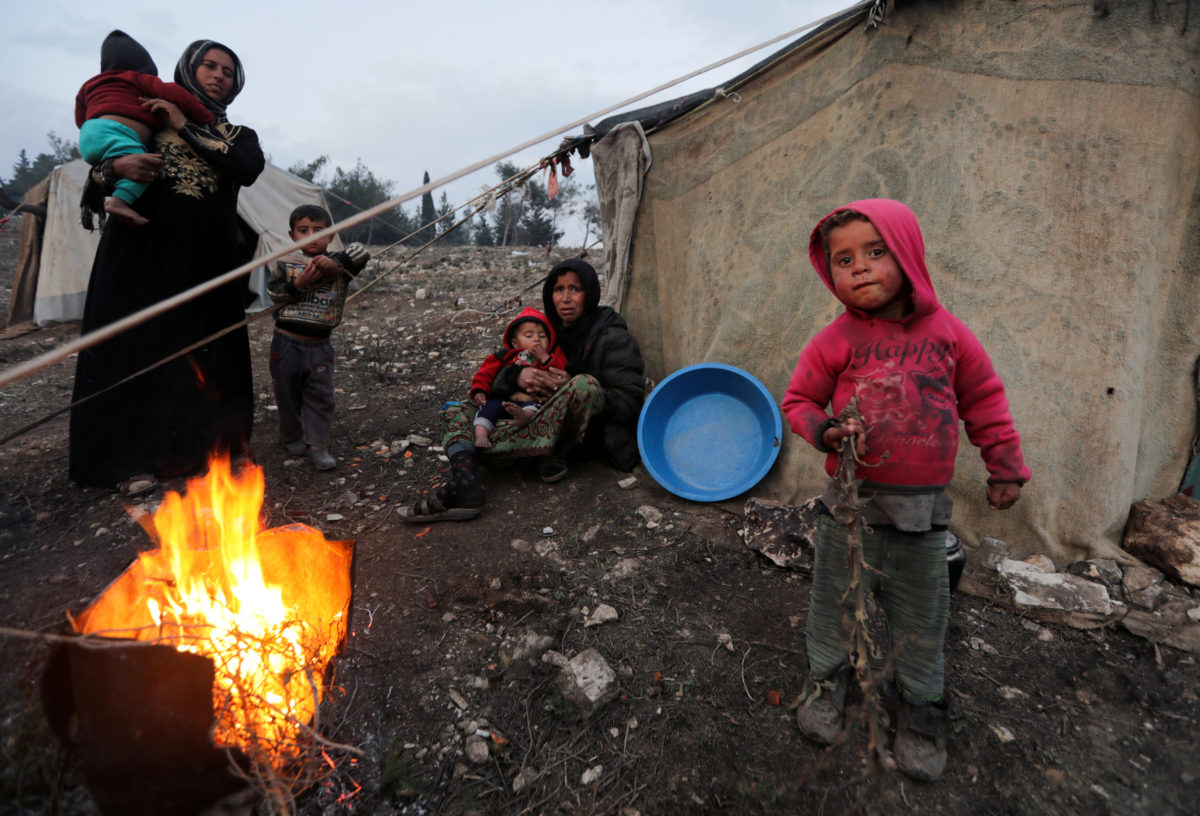 The new push came as Turkey, a main backer of the opposition, sent more reinforcements into Idlib, according to the Observatory and Idlib-based media activist Taher al-Omar who is embedded with militants.

A rare clash on Feb. 3, between Turkish troops and Syrian soldiers left seven Turkish soldiers and a Turkish civilian dead as well as 13 Syrian troops.

On Friday, Turkey’s Defense Ministry warned the army would respond “even more forcefully” to any attack on Turkish observation posts in the area, adding: “Our observation posts will continue carrying out duties.”

The violence has also raised tensions between Russia and Turkey, which have been working together to secure cease-fires and political talks, despite backing opposite sides of the conflict.

Left: FILE PHOTO: A view of trucks carrying belongings of displaced Syrians, is pictured in the town of Sarmada in Idlib province, Syria, January 28, 2020. Photo by Khalil Ashawi/Reuters.