ZVIMBA, Zimbabwe — A priest asked God to take pity on Robert Mugabe as the family of the longtime Zimbabwean leader buried him Saturday at his rural home. They chose a private farewell for one of Africa’s most divisive figures after a weeks-long dispute with the administration that forced him from power.

“This man lives forever,” declared the priest, to cries of approval. Mugabe died this month in Singapore at age 95 after leading the country for nearly four decades and being pushed into a shocking resignation as thousands danced in the streets. “I was ridiculed,” a relative said Mugabe told them.

His coffin, draped in the country’s flag, was carried by military pallbearers as his black-veiled wife, Grace, looked on. On display was a photo of Mugabe holding up his fist in a classic gesture of defiance, and a floral arrangement spelled out “Dad.” Many mourners wore T-shirts saying “Liberator” and “Torch bearer.”

Grace later stood motionless as the coffin was lowered into the grave and a choir sang “Remember me.”

Mugabe, who led the bitter guerrilla war to end white-minority rule in the country then known as Rhodesia, was Zimbabwe’s first leader and ruled from 1980, overseeing a years-long slide from prosperity to economic ruin and repression. He was forced by the military and ruling party to retire in late 2017 after bitter political feuding centered in part on his wife’s political ambitions.

Some of Mugabe’s political rivals, including opposition figures who were routinely arrested or harassed during his 37-year rule, attended the service while longtime colleagues did not. Notably absent were senior officials from the ruling party that he led for more than four decades, including during the fight for liberation.

Just a handful of people in the gathering of some 200 wore party regalia, a sign of how the bookish, combative former leader died isolated from the people he called comrades for much of his adult life. 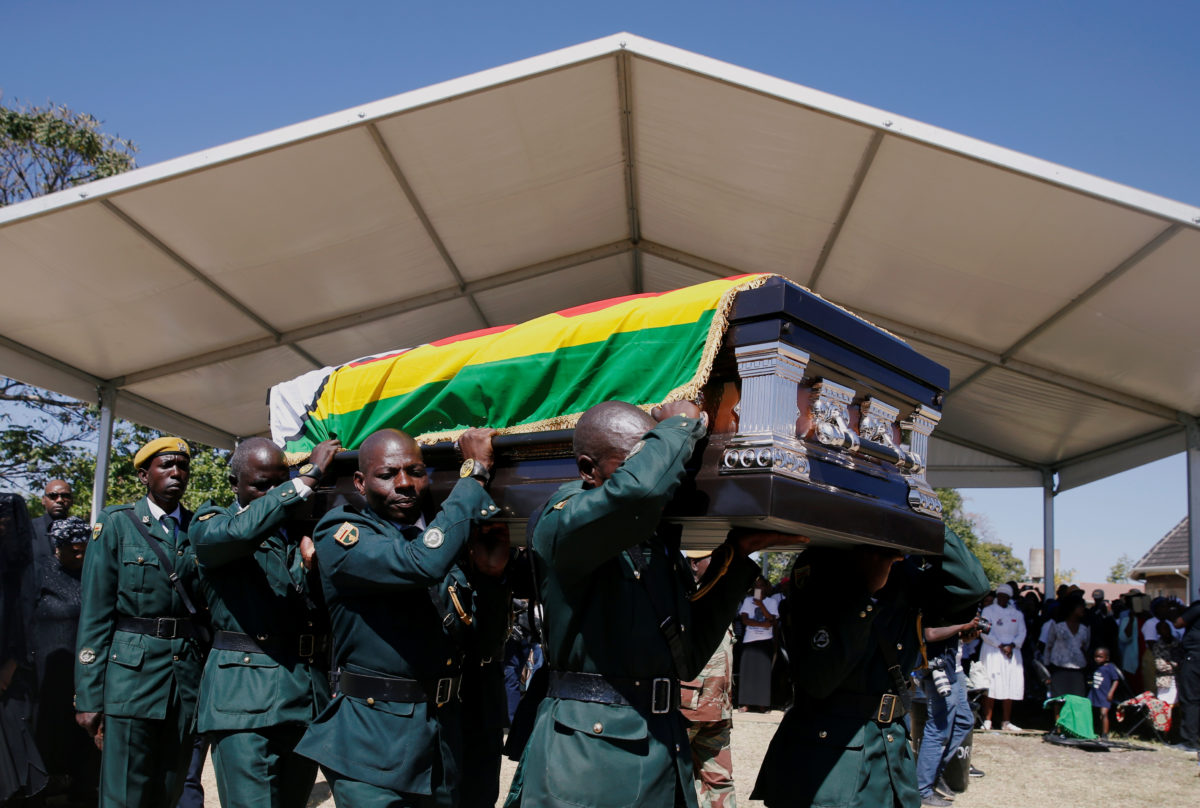 Mugabe’s family earlier had agreed to a government request to bury him at the National Heroes Acre shrine in the capital, but only after a hilltop mausoleum was built to set him apart from the rest. Then the government on Thursday abruptly announced the family had changed its mind, leaving it with scaffolding around the partially completed memorial.

While some might blame his widow for the move, it was Mugabe himself who wanted the private ceremony instead of one presided over by the people who removed him from power, Grace’s sister Junior Shuvai Gumbochuma said in a speech on Saturday.

“Some may be surprised by this small crowd given this man’s greatness,” she said. “I remember he presided over many burials of heroes that were attended by busloads of people. I thought one day such crowds would attend his own burial. What we did today was his wish.”

She added: “I asked him why he didn’t want to be buried at Heroes Acre and he responded: ‘I was ridiculed.’”

A spokesman for the ruling ZANU-PF party, Simon Khaya Moyo, called the choice of a private burial “most unfortunate.”

In a statement, Moyo added that “we indeed respect the wishes of families of deceased heroes, hence we are saddened when maneuvers that border on political gimmicks begin to unfold on an issue concerning an illustrious liberation icon.” 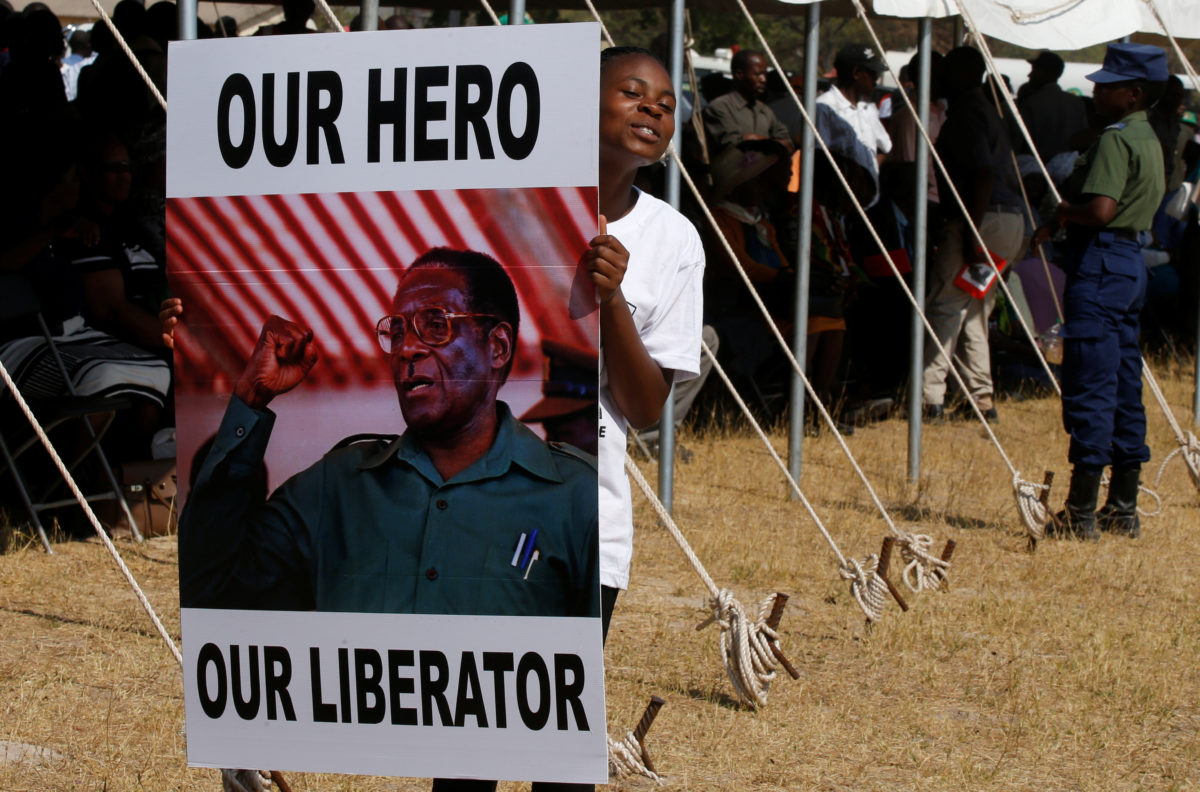 A mourner holds a poster as the body of former Zimbabwean President Robert Mugabe arrives in Murombedzi, near his rural home village of Kutama Zimbabwe, September 16, Photo by Philimon Bulawayo/ Reuters.

President Emmerson Mnangagwa, a once-trusted deputy who helped oust Mugabe from power, was not attending the burial. State-run media reported that the government would be represented by the home affairs minister.

Only approved guests and funeral parlor vans were allowed, a decision out of sync with the local tradition that funerals are free for all to attend. One elderly neighbor threw a tantrum after being blocked at the gate.

“This gathering is a paradox,” the priest told the gathering. “We are mourning at the same time we are celebrating because this man lived his life in a manner that many of us would want to emulate.”

Later, standing by the coffin, he prayed: “God, take pity on him. Don’t judge him harshly.”

Left: Soldiers stand beside a picture of former Zimbabwean President Robert Mugabe during a church service before his burial at his rural village in Kutama, Zimbabwe, September 28, 2019. Photo by Philimon Bulawayo/ Reuters.