A wild fire that has already ripped through more than 600 square miles in Canada’s oil sands this past week and destroyed 1,600 buildings could continue to burn for months.

More than 80,000 people have already evacuated from the town of Fort McMurray in Alberta since the fire started last Sunday. And thousands more who were stranded after seeking shelter north of the town continue to be airlifted out, according to the Associated Press. 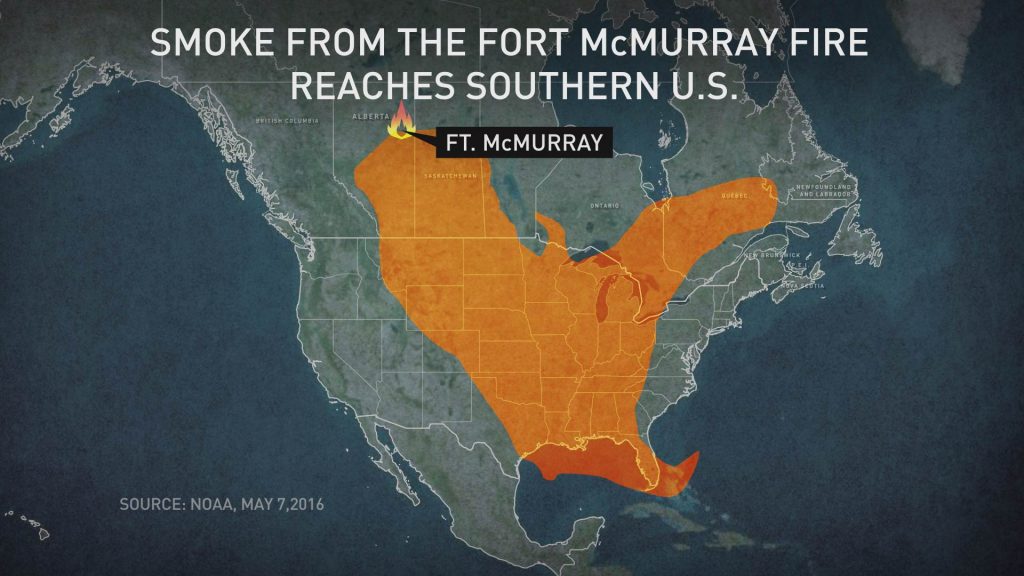 But officials fear that the fire could shift to the neighboring province Saskatchewan with no end to the flames in near sight, according to the AP.

No injuries have been reported. 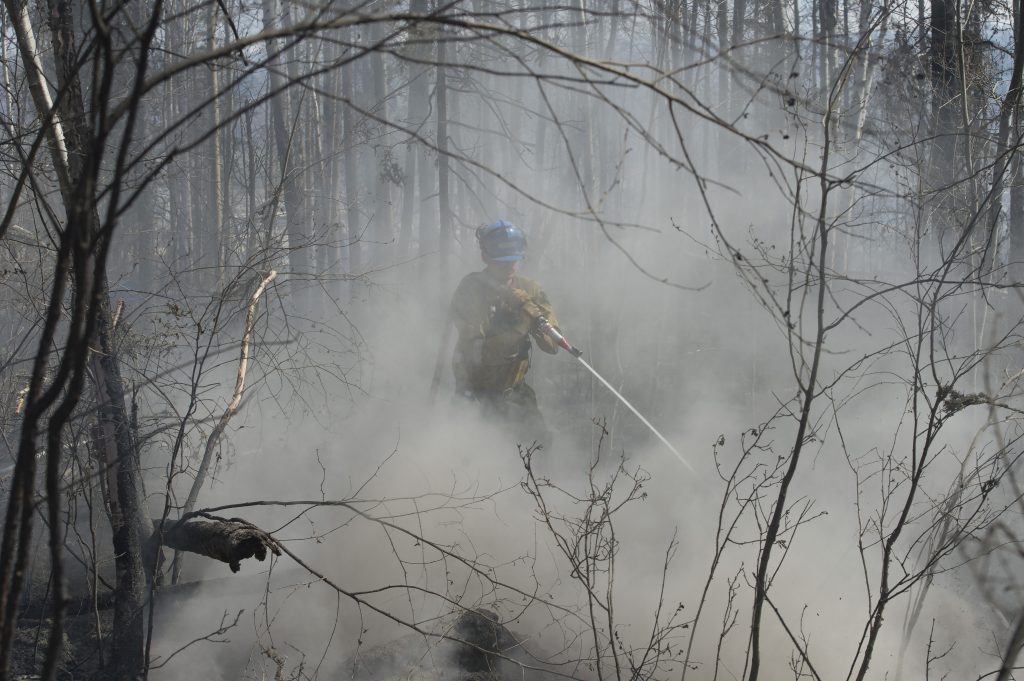 A member of Wildfire Management Alberta’s Wild Mountain Unit out of Hinton, hoses down hotspots in the Parsons Creek area of Fort McMurray, Alberta, Canada, May 6, 2016. Picture taken May 6, 2016. Chris Schwarz/Government of Alberta/Handout via Reuters

Strong winds and high temperatures have fueled the blaze in a region that is covered in boreal forest, or snow forest, which has not seen significant precipitation in months.

The size of the blaze has caused some fire officials to nickname it “the beast.”

“The boreal forest is a fire-dependent ecosystem,” said Bernie Schmitte, forestry manager in Fort McMurray at a news conference earlier this week. “Spruce trees, pine trees, they like to burn.”

Shelters to the south are being filled with people who say they feel fortunate to have escaped the fire’s path even as they express worries about the prospect of returning home, according to the Canadian Broadcasting Corporation. 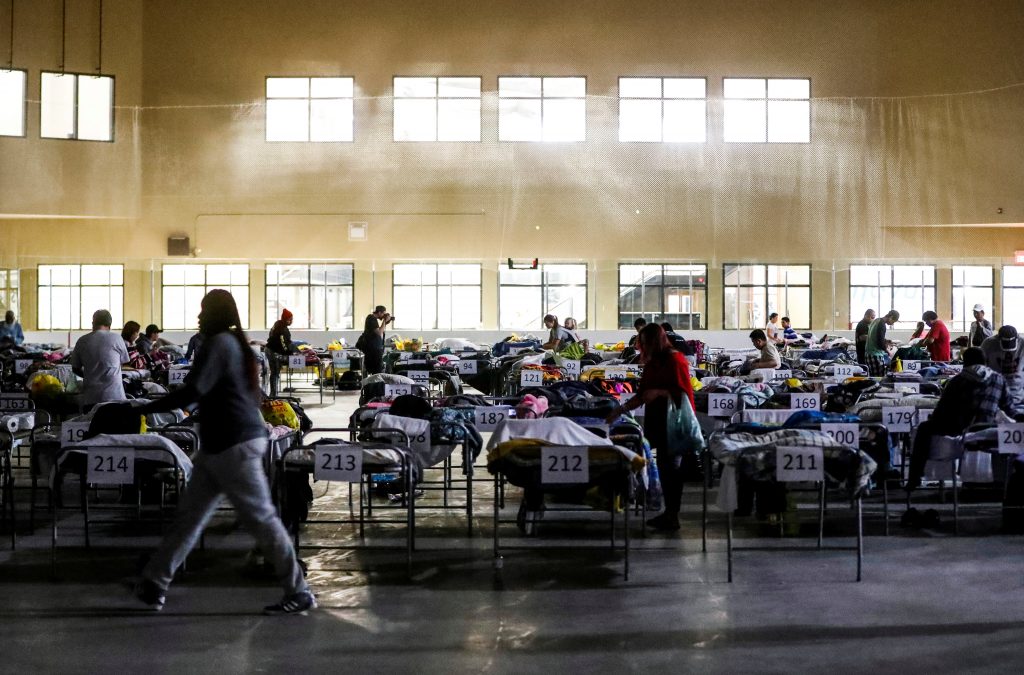 Evacuees from the Fort McMurray wildfires use the sleeping room at the “Bold Center” in Lac la Biche, Alberta, Canada, May 5, 2016. Photo by Mark Blinc/Reuters

“To see a city destroyed like that, in a matter of a few days, is just mind boggling,” evacuee Cory Sammann told CBC News.

The mass evacuation has forced the shut down of as much as a quarter of Canada’s oil output at a time when the country has started to feel the economic effect of lower oil prices, according to the AP.

Prime Minister Justin Trudeau said on Friday that he will visit the area when firefighters are not busy fighting the flames.

“Just the pictures are troubling enough, but I know that it is going to be extremely important that I get out there,” Trudeau said.

Left: A group of evacuees in a convoy drive in front of smoke from the the wildfires near Fort McMurray, Alberta, Canada, May 6, 2016. Photo by Mark Blinch/Reuters