Pro-democracy protesters took to the streets of Hong Kong on Sunday in their first major march since police crackdowns and ebbing public support halted demonstrations in December.

Though the protesters numbered around 10,000, the turnout fell short of organizers’ goal of 50,000.

Despite a considerable security presence, there were no reported violent clashes between police and demonstrators as seen in some previous protests. 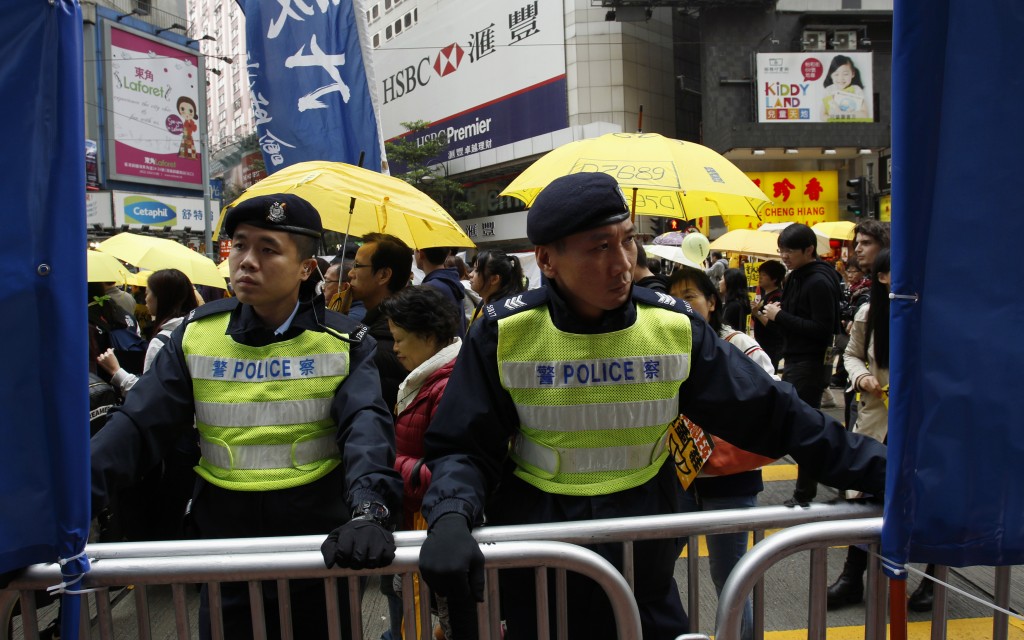 The protesters turned out to demand free elections and voice their opposition to an election plan enacted by Chinese legislators last August. The plan would allow Hong Kong’s citizens to elect the territory’s next chief executive in 2017, but only from a short list of candidates loyal to Beijing.

Although last year’s Occupy campaign shut down key areas of the former British colony for months, protesters made no such efforts on Sunday. In fact, organizers secured police permission for the march, a departure from earlier unapproved demonstrations. 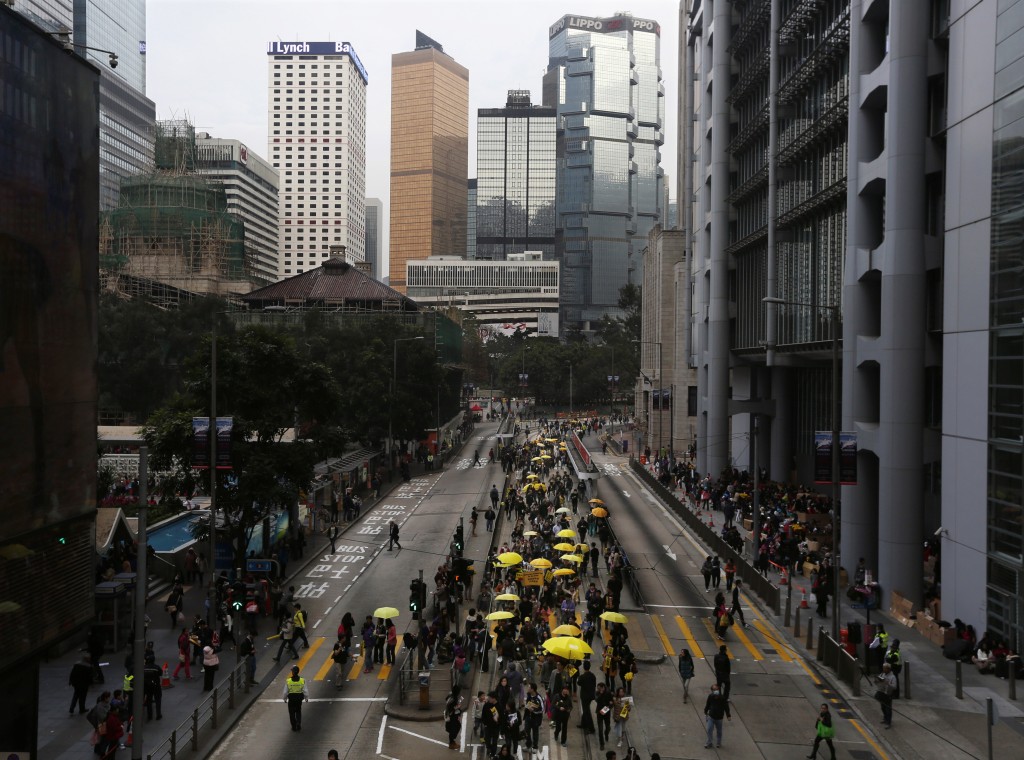 Protesters carrying the yellow umbrellas that have become symbolic of the pro-democracy movement march in Hong Kong February 1, 2015. The demonstration was the first since police dismantled protest camps in December. Photo by Bobby Yip/Reuters.

The ongoing protest movement is the largest pro-democracy challenge to the Communist Party of China since the quashed 1989 Tiananmen Square protests.

“The international community can complain, but there is no potential that sanctions or punishment are going to be exerted against the Chinese government,” Bremmer said.