MUNICH — A Turkish delegation will travel to Russia on Monday to discuss the situation in Syria’s Idlib province amid mounting fears of a humanitarian disaster there, Turkey’s foreign minister said.

Hundreds of thousands of civilians in Idlib province are scrambling to escape a widening, multi-front offensive by Syrian President Bashar Assad’s forces.

“What matters is today around 1 million people from Idlib have been moving towards our border,” Turkey’s President Recep Tayyip Erdogan said in a statement Saturday after a phone call with U.S. President Donald Trump in which they discussed Syria and other topics. “We are already hosting 3.5-4 million people. Unfortunately we are not in a position of accepting this another 1 million.”

Turkish Foreign Minister Mevlut Cavusoglu said after meeting his German counterpart on the sidelines of the Munich Security Conference that 2 million people could head for Turkey’s border with Syria if no cease-fire is achieved.

He said a Turkish delegation was due to visit Moscow on Monday to talk discuss the situation in Idlib, much of which remains in rebel hands. The meeting follows previous visits by a Russian delegation to Ankara. Russia supports Assad, while Turkey backs the opposition.

“There are already people coming to our border and, with Germany’s support, we are going to build temporary shelters but these are temporary solutions,” Cavusoglu said. “We need a cease-fire.” 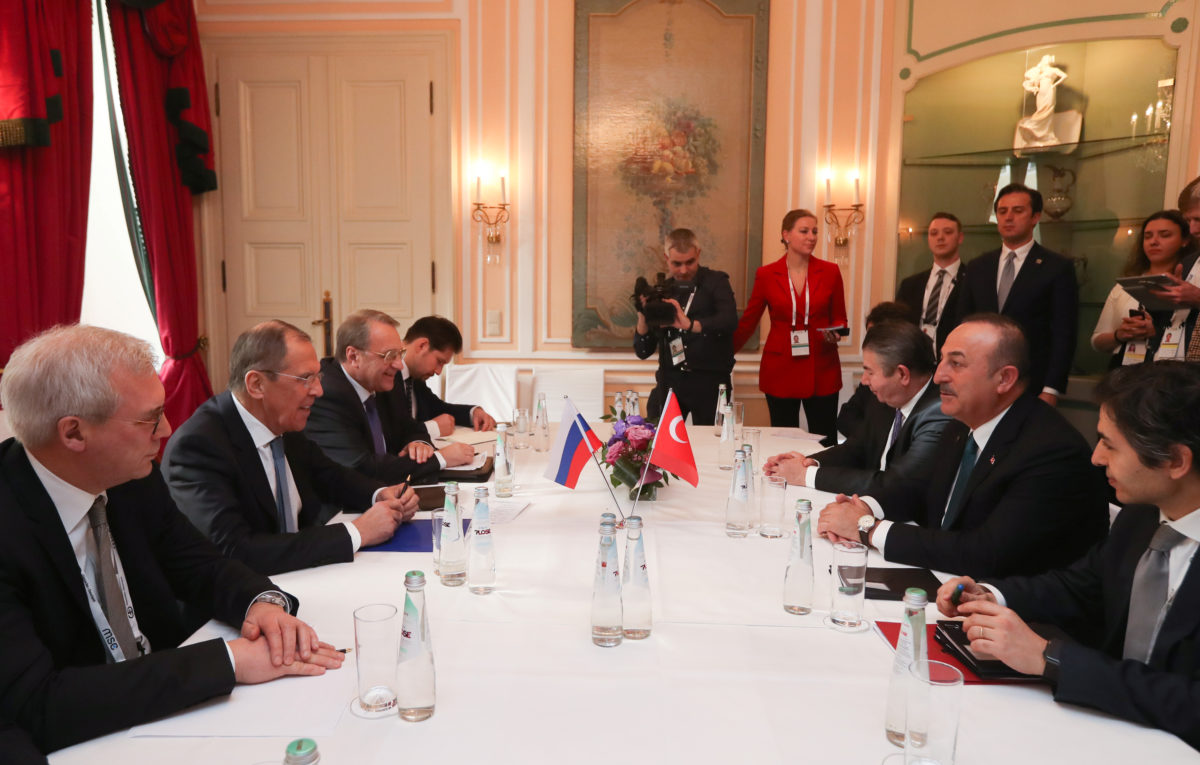 “We are very worried that this is going become a humanitarian catastrophe if the fighting there doesn’t stop,” he said.

The Russian foreign minister told the Munich conference after that meeting that parts of Idlib remain “one of the last hotbeds of terrorism, at least the only one on the west bank of the Euphrates.”

Lavrov said that agreements between Moscow and Ankara “imply both a cease-fire and a demilitarized zone, but most importantly drawing a line between the normal opposition and terrorists.”

“These agreements do not mean the hard fighting against the terrorist the threat will stop,” he said.

Kenneth Roth, executive director of Human Rights Watch, said at a news conference that Russia is the key to stopping the crisis since it provides the Syrian government with aerial support.

Roth acknowledged the presence of thousands of jihadists in Idlib but said “that does not justify the indiscriminate bombardment of the civilian population.”

“What is needed now as a matter of humanitarian concern for the people of Idlib and as a matter of basic avoidance of another refugee crisis, is firm pressure on (Russian President Vladimir) Putin to stop,” he said. He urged Europe to exert that pressure.

Left: Internally displaced Syrians from western Aleppo countryside, ride on the back of a truck with belongings in Hazano near Idlib, Syria, February 11, 2020. Photo by Khalil Ashawi/Reuters.